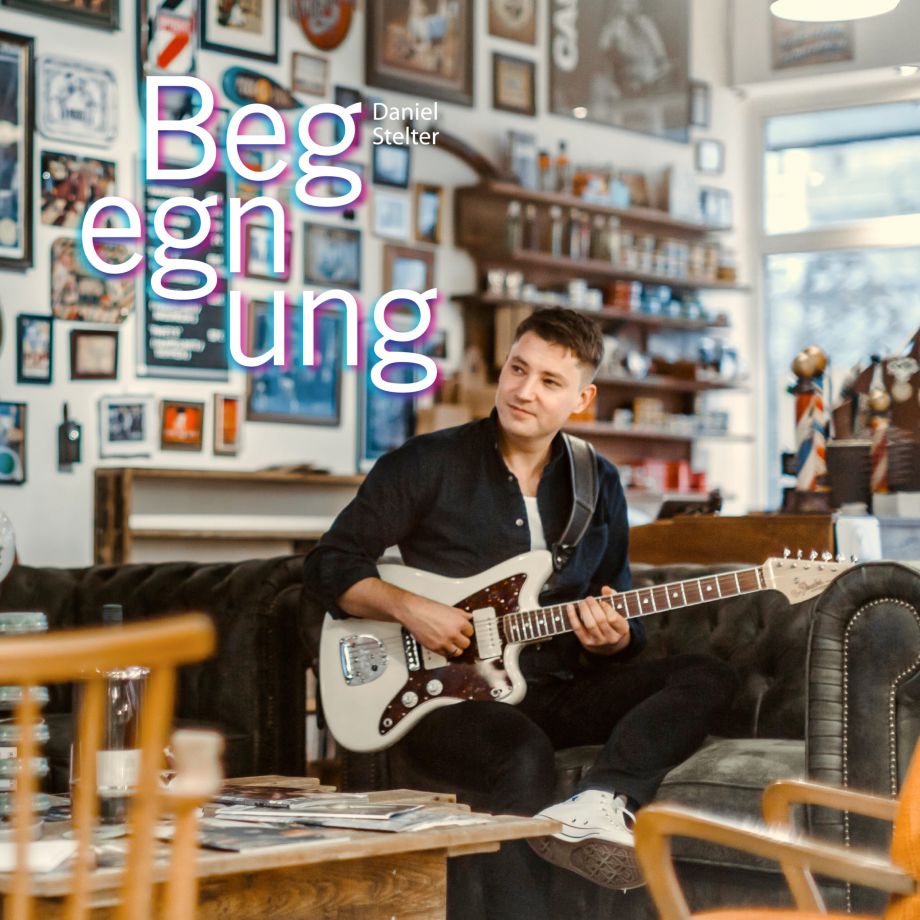 For his fifth album “Begegnung”, Daniel Stelter has captured melodies that he encountered or literally ran into.

Usually late in the evening and at night in total silence, Daniel Stelter and his long-time companion Tommy Baldu let themselves be carried away by the sound, the melodies, the stories and their mood and captured the music like the snapshot of a photo. The result is 13 songs, each of which tells its own little story and takes the listener on a journey.

In addition, the encounter with numerous musical guests: Laith Al-Deen, Xavier Naidoo, the triple Klassik Echo award winner David Orlowsky on clarinet, world drummer Manu Katché and others encounter the melodies and enrich the compositions in their distinctive and unique way.

Daniel Stelter is one of the most sought-after guitarists in Germany.

In addition to his own projects and his work as a composer and producer, he is a sought-after sideman for studio and live productions. He works with greats from the most diverse genres: Wolfgang Haffner, Lulo Reinhardt, Till Brönner, Annette Louisan, Laith Al-Deen, Seven, Jan Delay, Ringsgwandl, Xavier Naidoo and many more.

At the end of 2016 he played a European tour with jazz legend Al Jarreau. In 2018 and 2019 he toured the USA as a duo with Lulo Reinhardt and played a number of festivals and concerts.

Since 2016 he is lecturer for guitar at the Hochschule für Musik und darstellende Kunst in Frankfurt.