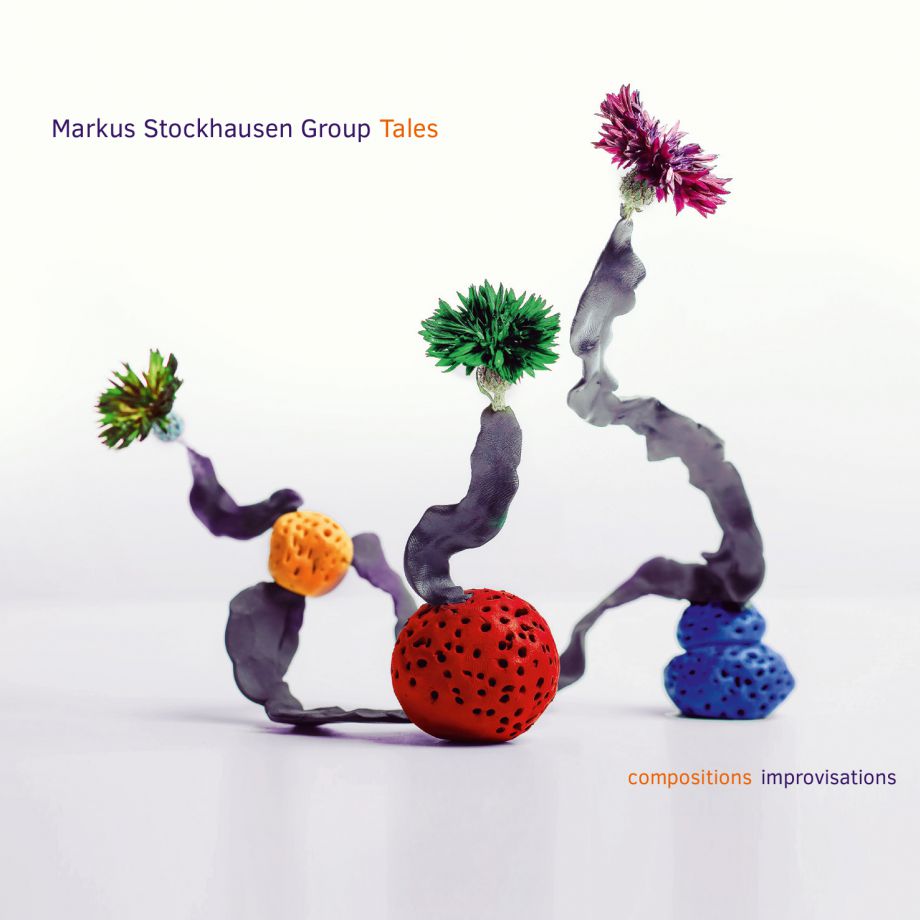 Music exists virtually on recordings, in scores, in repertoires and traditions. But it is only real when it is heard and experienced together with listeners.

The album “Tales” consists of three CDs. The first is dedicated to composed pieces, the other two contain improvisations by the quartet.

In Markus Stockhausen’s current quartet, four temperaments come together and form a common, extremely differentiated group sound. There is always the clear, perfectly articulated tone that has always been Markus Stockhausen’s trademark. There is Jörg Brinkmann on cello, singing, with great soloistic melodic arcs, delicate and elegant, even when rhythmically grounded, as would otherwise be the task of a double bass. Jeroen van Vliet on piano is a wonderful ensemble musician with a profound harmonic presence, finding and asserting his spaces without being orchestral; in improvised pieces he can be heard again and again on the synthesizer: restrained, never hankering for effects, with great melos and intense economy of sound, never with amorphous filler. Finally, Christian Thomé on drums combines filigree, sonorous playing with the casually exercised ability to play rhythm without marking it.

The nine composed pieces on the first CD are of sovereign clarity, almost classically constructed and played. The notated passages go far beyond what is called “thematic material” in jazz. They act as binding frameworks of tonal resources, formal structures, sound strategies and moods. They define the musicians’ space of movement without these definitions being perceived as a restriction. They thus give the music a deep calm and the listener a basic confidence in what is to be expected.

The two improvised CDs show that the consensus in the quartet reaches far even without compositional guidelines. It is elastic and allows for broader tonal and playful freedoms. Basically, even for the electronic sounds of the synthesizer, one listens to each other in the joint musical work, takes up suggestions, enriches them and pushes them further. That one takes time and gives time.

The tension that arises is never one to tear. It is borne by a generous consensus. A consensus that is not put to the test, but is carefully and always explored anew.

Each of the 25 pieces of this great album forms its own narrative, with its own course, its own form, its own vocabulary, its own content. What they all have in common is that they take responsibility for the time they shape. The offerings are not necessarily translatable into language, but sometimes one can find suitable words. The titles of the pieces make such attempts. They also make clear that the music has a connection to what is happening in the world outside of itself. The palpable lightness in the opening piece, “Sunday Morning,” speaks for itself and needs no further translation. The final track, however, contains something of a confession. It applies beyond the horizon of this album to Markus Stockhausen’s music, perhaps as the fundamental narrative of all music: “Peace Is Possible”, peace is possible.