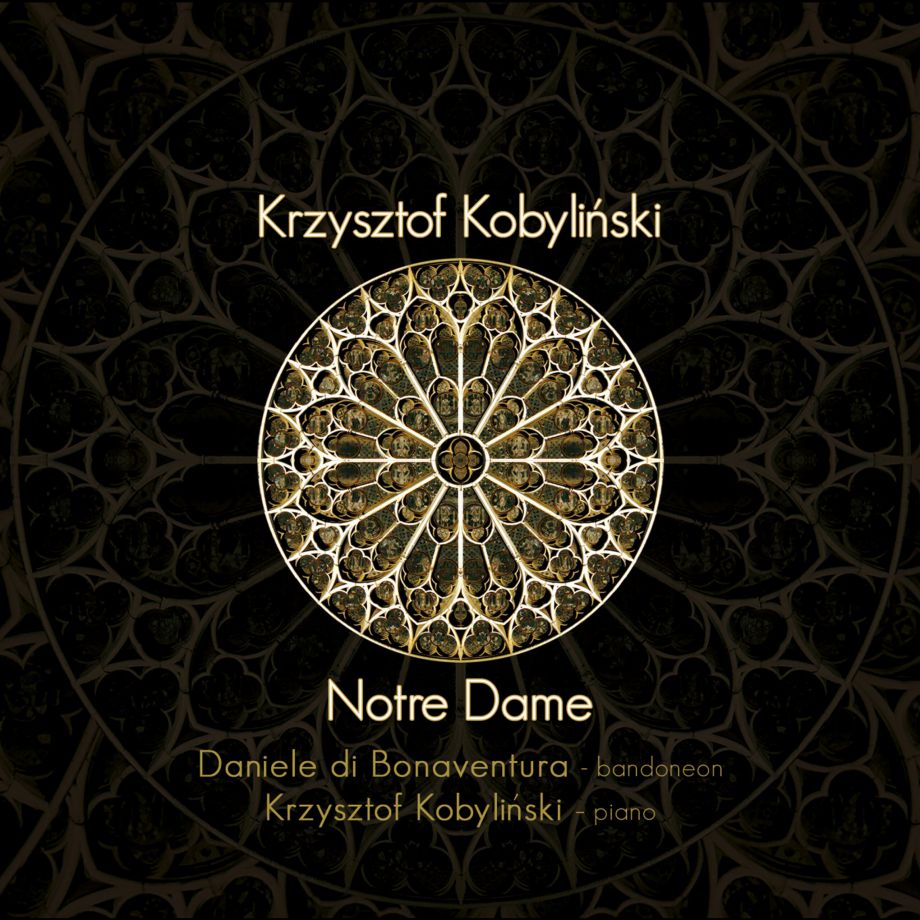 Technically, two pianists are playing together here. Even if they don’t both play piano.

If you mention Krzysztof Kobylínski from Gliwice, Republic of Poland, a composer and jazz pianist, he is generally quite happy with this abbreviation. Now, jazz musicians are generally particularly broad-minded musicians, as far as their stylistic preferences are concerned. For Krzysztof Kobylínski one should at least note that genre barriers do not exist in his music. He cultivates a subtle and sometimes a bit melancholically underlaid approach to all the material that influences him and he has worked with many internationally renowned jazz musicians. Especially small, chamber music formations, of which the duo is the smallest, are close to his heart.

Daniele di Bonaventura from Fermo in the central Italian region of Marche, started playing piano and keyboard at an early age. Later he studied piano and composition at the conservatory. He grew up with the music of the pop group Genesis as well as with Verdi and Puccini and came into contact with jazz through music venues in the region. All this has left its traces. At some point, the piano became too fixed for him. His free spirit searched for something new and through the detour of an Argentinean film with Astor Piazzolla, the bandoneon entered his life as a musician.

Krzysztof Kobylínski has found a duo partner in Daniele di Bonaventura, who comments on and intensifies his fragile-lyrical style from the bandoneon. In terms of sound, the two sometimes come so close to each other that the characteristics of their instruments only seem to emerge from the sound they produce together. Kobylínski creates a work of lines and a harmonic underbody in subtle hints. Bonaventura enlivens, enriches and fills the structure with the murmuring, singing breath of his instrument. Or, Bonaventura sets in with a lively rhythmic action and Kobylínski points out the richness of what he has just put into the world himself. Sometimes the two are very close together, then again they set out from different places and end up at the same place.

In some respects, “Notre Dame” is a sequel to Kobylínski’s duo album “Give Me November” with the French trumpeter Erik Truffaz. One thing that both have in common is that, in addition to the piano, a breathing instrument can be experienced.
Continuation, however, means finding new directions and approaches, especially when interpreting pieces of the same title: The opening piece “Pink Year”, the veiled “Moon II” and the haunting “Sagrada Familia II” make direct reference to the duo project with Truffaz and allow the friction and closeness of the piano-bandoneon duo to be experienced all the more clearly.

And “Notre Dame”? It is, like “Sagrada Familia II”, the holy family, not only in a architectural sense. It’s not about designing a musical cathedral, but it is about something very consistent. Something that could be paraphrased with the word “holy”, which today is easily suspected of being cheesy. Perhaps the Catholic Poland of his origin plays a formative role for Kobylínski – but certainly not in an institutional and restrictive political form. It is not so much a matter of the stone worlds of the sacred, but of a spiritual content. It is about how one listens, how one breathes, where one looks and how one gets involved. It is about how to create and experience transcendence in and with music.