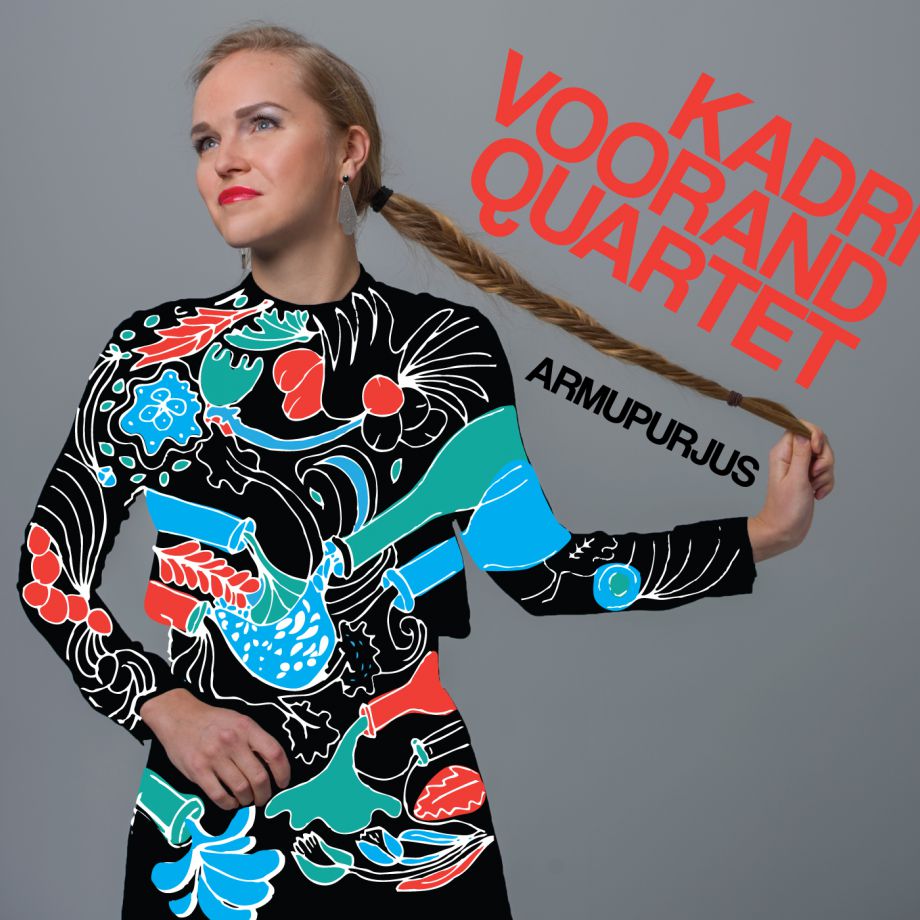 Kadri Voorand is one of Estonia’s best-known artists and composers. She has received a number of awards for her work both in her home country and abroad. Armupurjus is one of her most adventurous albums so far. It has been awarded “Best Jazz Album Of The Year” after its release in Estonia and was in the top 10 of the European jazz critics charts.

The album was recorded at Tube Recording Studio in Fara, Italy. The album showcases Kadri Voorand’s original expression, imagination, experimental improvisation and very special voice. The album defies genres and puts the freedom of expression above everything else, while its music is accessible at the same time.

Together the quartet has an explosive energy and a dynamic harmony. “The quartet that doesn’t love borders gets never bored. So during the recording process in Italy, a lot of new music was born as well”, says Voorand. Hence, between the composed songs are miniatures called “improludes” which came into being after long recording days in Italy during pop, rock and world music jam sessions. “Thus, the quartet’s playful side is represented as well”, adds Voorand.

With Armupurjus, Voorand also found her way back to the piano. Having played classical piano since her early childhood up until the end of high school, Voorand quit playing while studying jazz at university. This was due to the pressure to play traditional jazz on the piano, which was not at all the direction she wanted to take. After school she felt free to follow her own way.

The lyrics of Armupurjus are based on Estonian poetry and Kadri’s own writing. According to Kadri, one of her purposes in music is to tell stories from real life, because she believes that only that way she could really speak to any audience around the world. So both her poems and those of other writers are strongly connected to her personal life. One can hear great joy and victories in life, but also struggles of great love in several of her tunes.