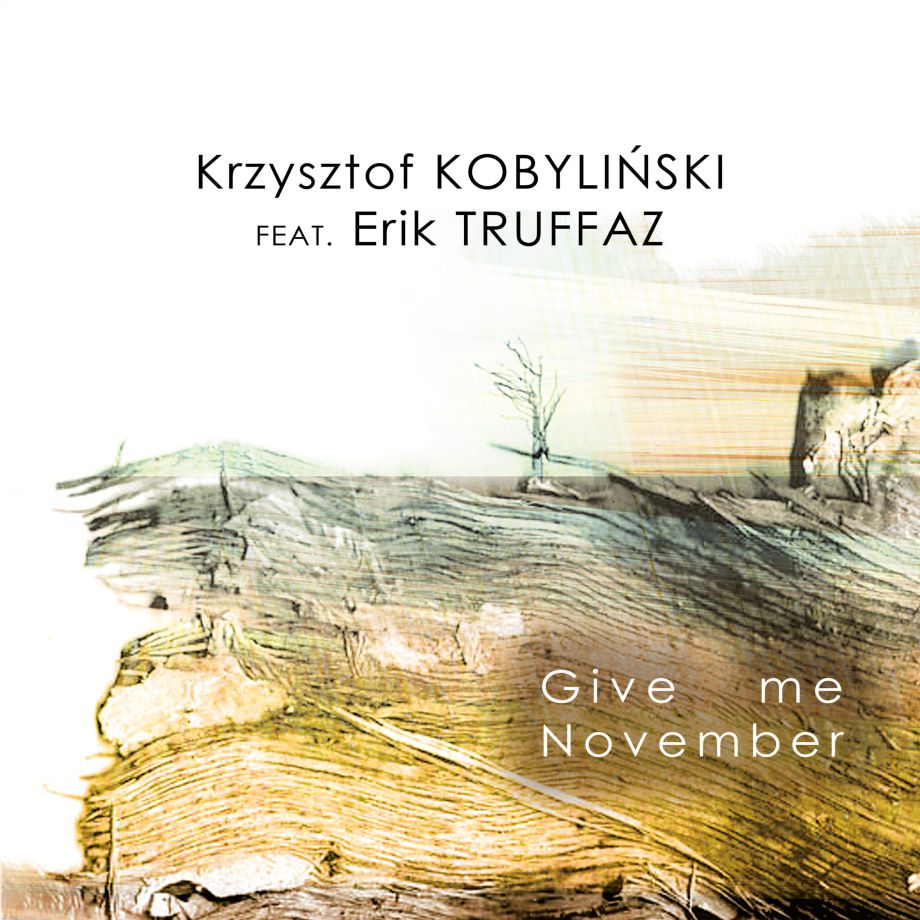 First of all, we can say goodbye to the idea that everything is clear and unambiguous here. Although there seems to be a lot in favour of this idea: a trumpet, a piano – what should be unclear? Everything begins in melodic-melancholic, a little rough and brittle sounding, sovereign loneliness, which introduces the first piece with the stuffed trumpet; the piano joins in a little later, at first with chords dissolved into arpeggios, then with a very economical solo, which picks up the melancholic colouring in a precise way. Not one extra note is played here. Everyone knows exactly what to do and what should result from it.

No wonder, because these two musicians who’ve come together to form this duo, are experienced refined composers and improvisers. The Polish pianist Krzysztof Kobyliński works in a musical field that can be called cross-border, if one perceives that boundaries are drawn between contemporary jazz, Eastern European folk music and neoclassical music. For Krzysztof Kobyliński, these musical boundaries do not exist, and their cross-border spirit is wonderfully compatible with a great restraint and accuracy of expression, which protects it from any sweetness.

What could one do with such an aftertaste if the musical partner is the French trumpeter Erik Truffaz, who is occasionally compared to Miles Davis because of his cool articulation, his sometimes brittle tone and perhaps also because of his frequently appearing joy in grooves? Erik Truffaz is also a musician who ignores conventional boundaries with his music. Jazz, HipHop and Rock are only labels, which he mixes virtuosically, and his special coolness lets a tendency towards the melancholic and the melodic shine through at any time. This is where he meets  with Krzysztof Kobyliński very gladly.

And we are back to the stuffed trumpet. “Give Me November” is the name of the opening piece. And which inhabitant of the moderate climate zone in the northern hemisphere wouldn’t have such associations with the month of November: fog and rain, reflection, commemoration and grieving month. But Kobyliński and Truffaz cannot be overwhelmed by melancholy – the title of the piece is also more reminiscent of a request than of being at the mercy of others. And despite all the brittle coolness of the articulation, there is also a lot of melodic grace in the music. The songlike brevity and the intense, ornamentless precision, which always resonate on the piano and trumpet, do not cause any lasting melancholy.

Some of Krzysztof’s titles Kobylińskis Compositions reveal traces of end-of-season moods: “Autumn” or “Vigilia” (which means “eve of the year”, but in Poland also refers to the Christmas Eve holiday); and if we consider further, “La Sagrada Familia” is not only the famous cathedral in Barcelona, but also the holy family, and “Nativa” not only means “native”, but also refers to the Spanish word “la navidad” for Christmas. The dancing “Nativa” casually joins “The Moon”. So it gets very festive on this album – and deeply romantic.

But what is “romantic”? Let’s forget the kitschy nonsense of the Hollywood-like use of this word. “In the European past, “Romantic” was a programmatic idea in music, poetry and painting that became aware of its own sources. “Romantic” was an emotional gesture of unborrowed intensity. In this sense, music that Erik Truffaz and Krzysztof Kobyliński put together into the world is late romantic: totally original and authentic, occasionally looking back briefly (“Pink Year”), always with a sense of form and precision, also ironically coloured. And always careful to ensure that the light-footed and the melancholy keep each other in check. (Hans-Jürgen Linke)