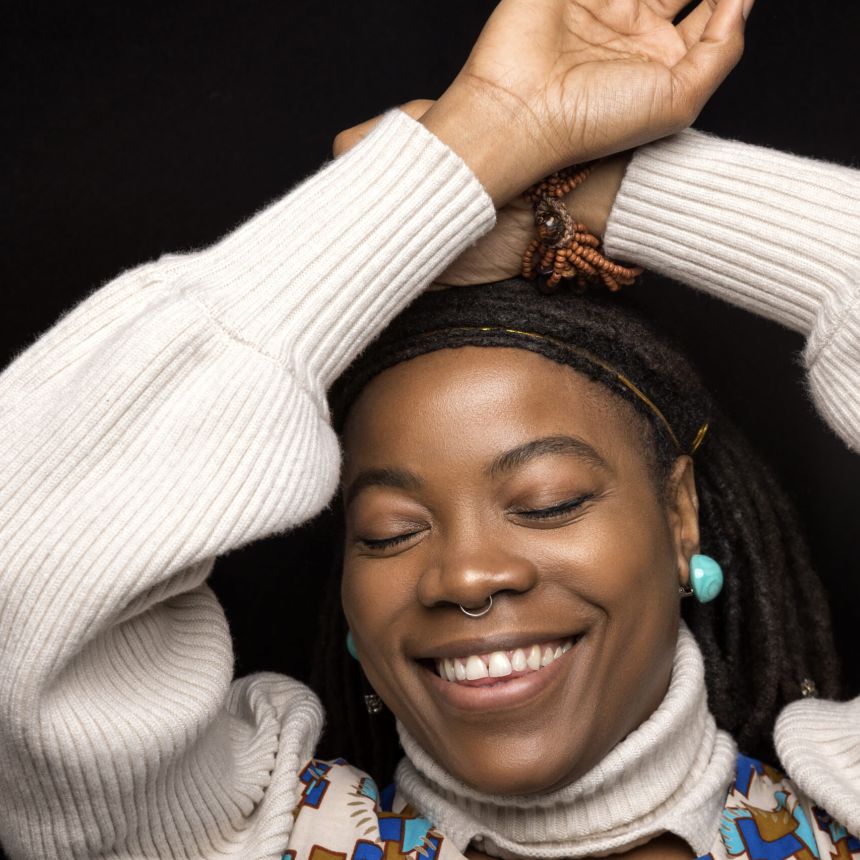 Malika Tirolien performs the gala concert at jazzahead! in Bremen on April 29

Malika Tirolien is a remarkable singer, musician, songwriter and producer from Guadeloupe who now lives in Montreal, Canada. She has gained international attention with her creative collaborations with Bokanté and Snarky Puppy, among others. On April 29 she will perform the gala concert of the partner country Canada as part of the music fair jazzahead! that takes place every year in Bremen, Germany.

Get tickets for the concert here: https://jazzahead.de/en/festival/

Her new album “Higher” will be released on April 22, 2022 by Malika Tirolien Productions / o-tone music / Edel Kultur. The album is a prime example of afro-futuristic style and was co-produced with Bokanté creator Michael League. It embodies energetic groove with influences from R&B, soul, hip-hop, funk and jazz, occasionally interrupted by French rap parts that give the “bold album depth and dynamics” (LE DEVOIR). More info on the release is available – HERE –