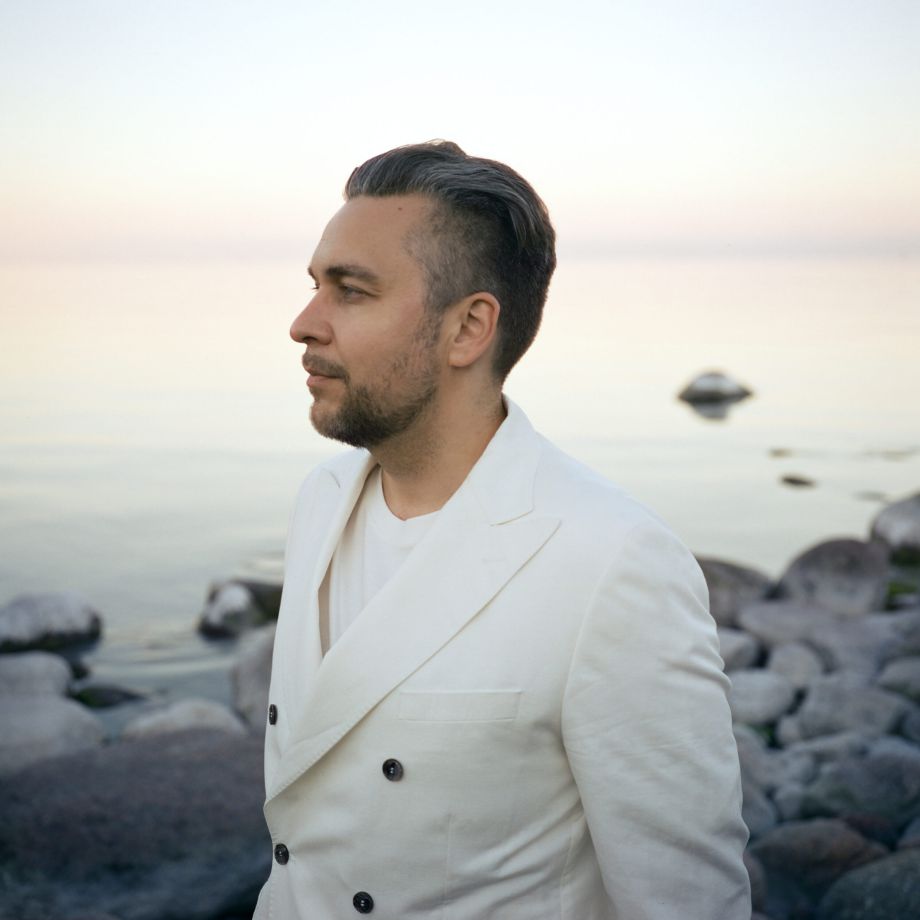 Timo Lassy plays the saxophone like he means it. Listen to him, and you hear someone fully dedicated to his art, no matter what the context. Timo is the winner of the EMMA and Yrjö prizes in Finland for jazz album of the year and jazz musician of the year, respectively. Additionally, his work has been lauded by the likes of Gilles Peterson and Downbeat.

Saxophonist, composer, band leader Timo Lassy (born 1974) is perhaps the biggest jazz star to come out of Finland in the new millennium. Having worked as a sought-after freelance saxophonist already during his studies at Sibelius Academy and Amsterdam Conservatory he was amongst the new generation of Finnish musicians who formed The Five Corners Quintet known for bringing jazz back to the dancefloor reaching a large audience around the globe.

For the past 15 years Lassy, the remarkably charismatic performer, has released 10 albums and toured with his bands all around Europe, the US and faraway places like Brazil, and in Finland he’s practically a household name. His tenor sax sound is robust and confident, but never fails to engage emotionally.

The latest musical adventure of Timo Lassy is ”TRIO”, new live combo and album released in August 2021 on the Finnish label We Jazz Records.
Other recent active project is ”Timo Lassy & Teppo Mäkynen”. Together with his long-time associate, drummer and producer Teppo ”Teddy Rok” Mäkynen he composes energetic music with a completely different concept compared to his trio.

In the past Lassy has collaborated with singer José James “Round Two” Album in 2009 and later also with Brazilian giant Ed Motta on vocals at ”When The Devils’s Paid” EP in 2017.
As a composer Timo Lassy has produced music to both feature film and documentaries such as “Postilokero 347 – Pikku Kakkosen tarina” (2017), “Ei kiitos” (2014), “Moomins on Riviera” (2014) and “My Stuff” (2013).
He has also been composed two unique orchestral suites as a soloist: Kerkko Koskinen for “American miniature horse” (premiered 2017 – Lahti Sinfonietta conducted by Dima Slobodeniouk) and Valtteri Laurell Pöyhönen for “A Nocturnal Affair” (premiered 2014 – Umo Jazz Orchestra).

Timo is the winner of the EMMA and Yrjö prizes in Finland for jazz album of the year and jazz musician of the year, respectively.
Additionally, his work has been lauded by the likes of Gilles Peterson and Downbeat.

Teppo Mäkynen (born 1974) is a drummer and a producer from Helsinki. His work includes celebrated projects such as 3TM, The Stance Brothers (+ Jo Stance), Teddy Rok Seven, plus many more. As a drummer, he was a key part of the live band of The Five Corners Quintet, still the most internationally successful Finnish jazz outfit to date. Nowadays, Mäkynen mans the drum seat of not only his own projects, but also A-list bands such as Timo Lassy Band, Verneri Pohjola Quartet, Aki Rissanen Trio and Jukka Eskola Soul Trio. His playing is swingin’ to the bone, no matter what the style is. Mäkynen has a natural knack at envisioning new musical directions both as a composer and a player, and he’s considered one of the most personal and musical drummers around. As a producer, he’s also known as “Teddy Rok”, and his production credits include Timo Lassy’s solo albums and those of Jukka Eskola, plus of course his own projects. Mäkynen has won the Jazz-Emma twice: in 2004 with Teddy Rok Seven and in 2017 with 3TM’s album “Form”. He is also one of the hosts of the very popular weekly show “Jazz kiinnostaa” (“Jazz interests”) on Radio Helsinki.

Jaska Lukkarinen is an Espoo based jazz drummer known for his versatile and open-minded drumming. Lukkarinen has studied in Sibelius-Academy and Manhattan School of Music with great jazz drummers and teachers such as John Riley, Adam Nussbaum and Jukkis Uotila. Lukkarinen is known for his drumming with the Timo Lassy Trio, Ricky-Tick Big Band, Dalindeo, UMO and Manuel Dunkel Quartet. Lukkarinen has led his own Jaska Lukkarinen Trio since 2008. On its latest recording, “Origami”, the trio plays music by Valtteri Pöyhönen. Besides his active freelance work including teaching, recording and theatre, Lukkarinen is a doctoral student at the University of the Arts MuTri Doctoral School. Lukkarinen works for the Finnish Musicians’ Association, runs his own record label JASKAA and has been a board member in cultural organisations such as the Finnish Jazz Federation and the Foundation for Music Promotion, MES.

Ville Herrala has been active in the Helsinki music scene for over 20 years. Known for his versatility as well as his explorative attitude, Herrala has worked with a wide range of Finnish artists such as Juhani Aaltonen, Jukka Perko, Otto Donner, Verneri Pohjola, Aki Rissanen, Kalle Kalima and UMO Helsinki Jazz Orchestra. Herrala has also been fortunate to share the stage with international jazz stars such as Benny Golson, Joshua Redman, John Tchicai, Uri Caine, Phil Markowitz and Jim Black. Along with his work as a freelance musician, Herrala teaches at his alma mater, Sibelius Academy. He released his debut album, “Pu” on the We Jazz record label in 2020. First record of its kind in Finland. The Album features 14 improvised pieces for solo double bass.

“Solid, hard swinging stuff that leaves the listener with a feel-good factor” Jazzwise

“Combining a mixture of soul and free jazz, tradition and innovation, this is a well mastered release packed with quality jazz.” The Audiophile Man

“[…] an artist whose prolific approach to music continues to see his star rise through each release.” UK Vibe

“On this record, it’s instinctive coming from two players very familiar with one another. Great!” Allmusic

“He’s a Finnish saxophonist who makes funky soul-jazz recordings that never conform to the quietly introspective Nordic stereotype. There’s a broadening of the palettte – and a slight dipping of energy levels – as his quintet teams up with guests including Ricky-Tick Big Band Brass” Clive Davis, The Sunday Times

“This is a big city cat exploring the tenement he knows so well.” London Jazz News

“Lassy has a knack of coming up with brisk hooks and vamps […] when the tempo heats up, the band are irresistible.” The Sunday Times

About “IN WITH LASSY” album

“An exhilarating workout from one of Europe’s sharpest bands.” Sunday Times

”Best jazz is not elitistic, but music for each moment: morning coffee, background music while working, or for dancing. Lassy does the trick everywhere, and that is why it is currently best jazz music both nationally and internationally.” Image

Timo Lassy plays the saxophone like he means it. Listen to him, and you hear someone fully dedicated to his art, no matter what the context. Despite being a fixture earlier on Downbeat Magazine polls for ”Rising Star” on the baritone saxophone section, he nowadays plays the tenor. That being said, on previous recordings he has also been heard on the flute, but to understand Lassy as an artist, his recent concentration on the tenor is a key thing. He goes deep.

For those paying attention to the jazz scene in Helsinki at the turn of the millennium, the chances are that you first heard him on the ranks of the Blue Note recording U-Street All Stars, or perhaps The Five Corners Quintet, the Nuspirit Helsinki led jazz project which morphed into a live band setting stages on fire the world over.

The newest musical adventure by Timo Lassy is ”Trio”, released by We Jazz Records in August 2021. The trio mentioned on the title is a new one, featuring Ville Herrala on double bass and Jaska Lukkarinen on drums. On the album Lassy expands the sound of his core unit by inviting strings and electronics along for the ride. The live thing brings out the essence of the band at the center of it all (hence the album title), and stands as a testament to the eternal joy of creating music together, live on stage.

Lassy’s riff-heavy new compositions take things in a new direction, into one where heavy funk, effortlessly rolling soul jazz and forward-reaching acoustic jazz meet. Their recipe may seem simple on the surface level but for anyone who has tried, there’s no harder task in jazz music than to establish a unit which sounds together and maintains its musical direction at all times, however surprising the music might get on the moment. 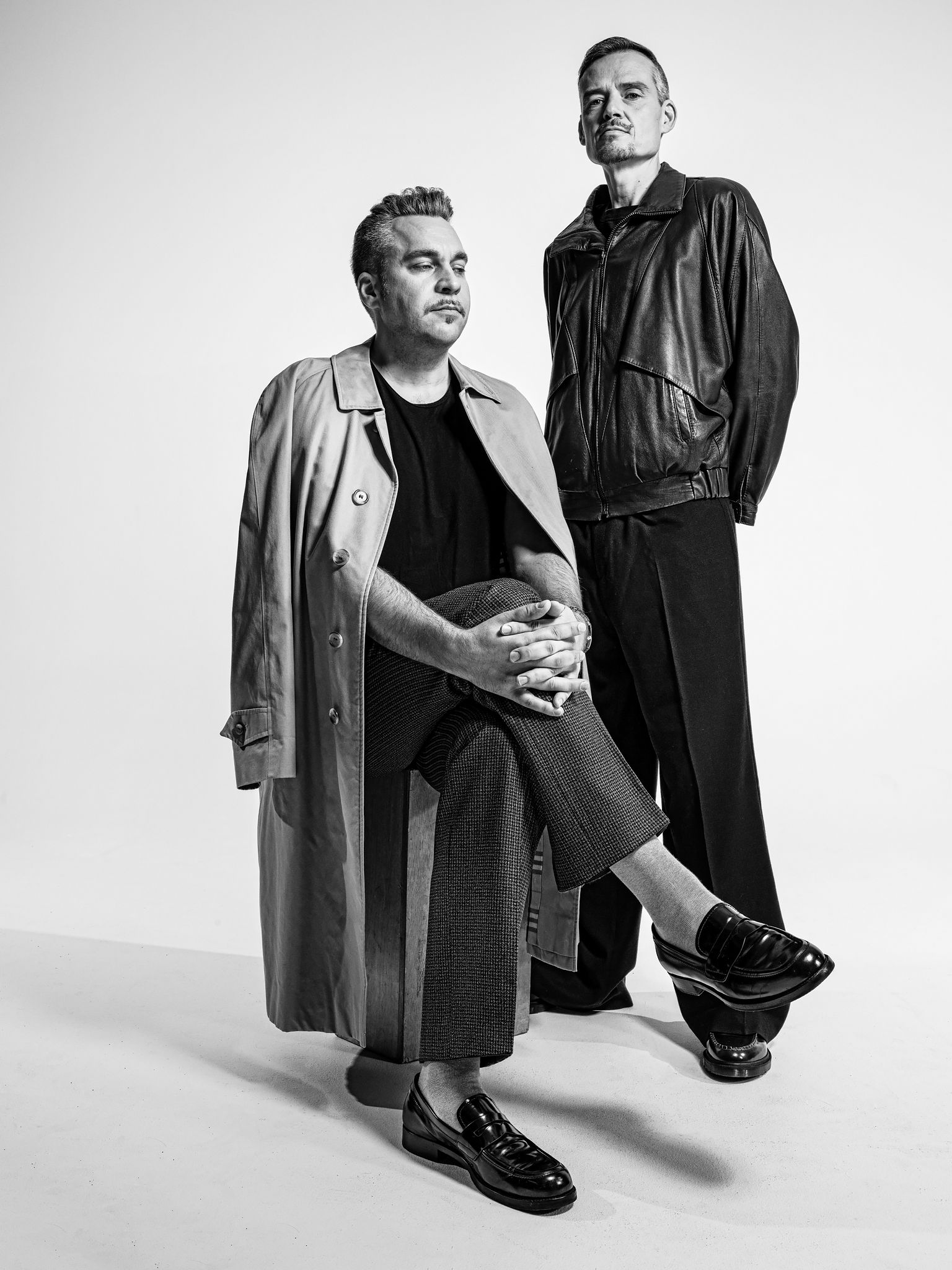 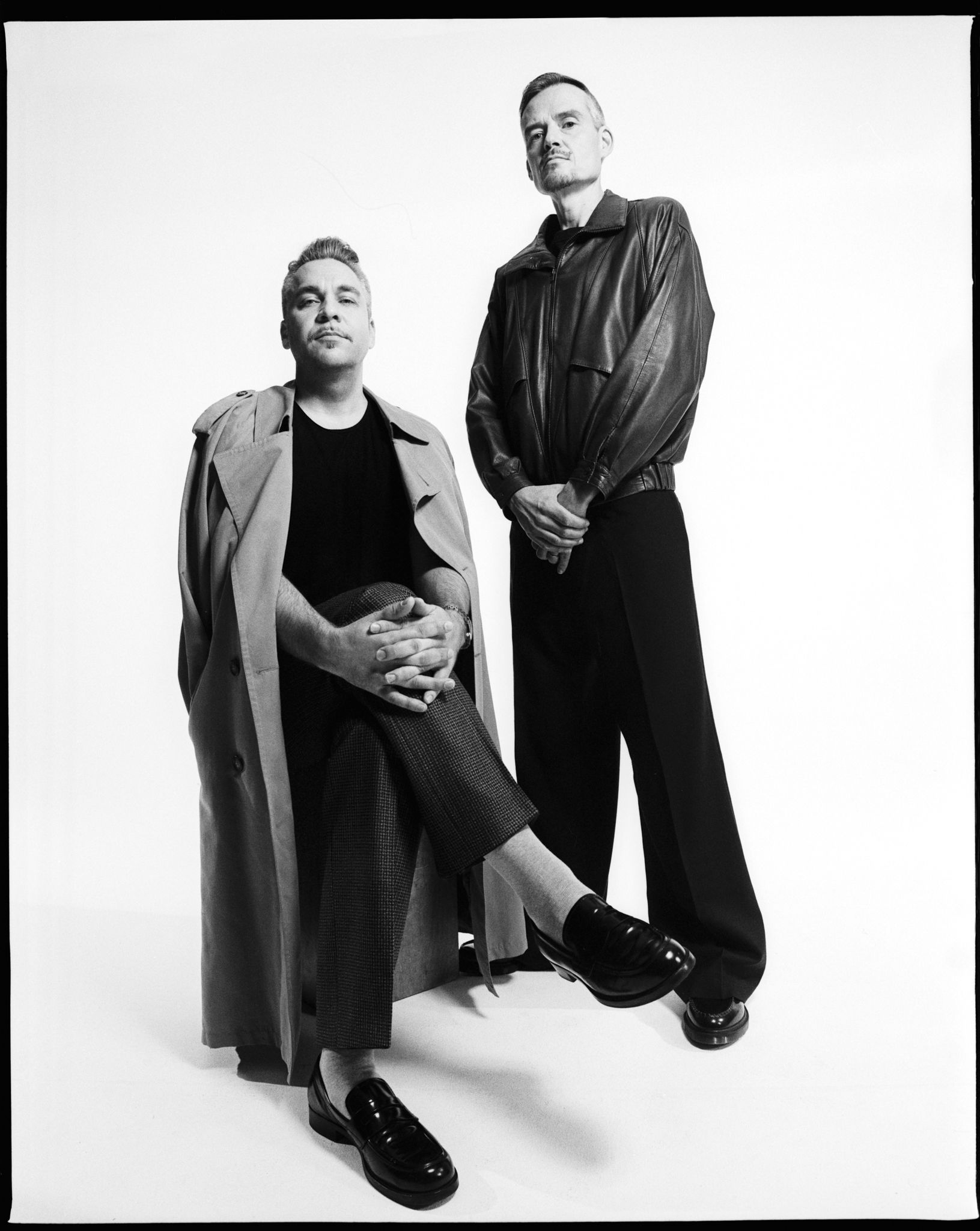 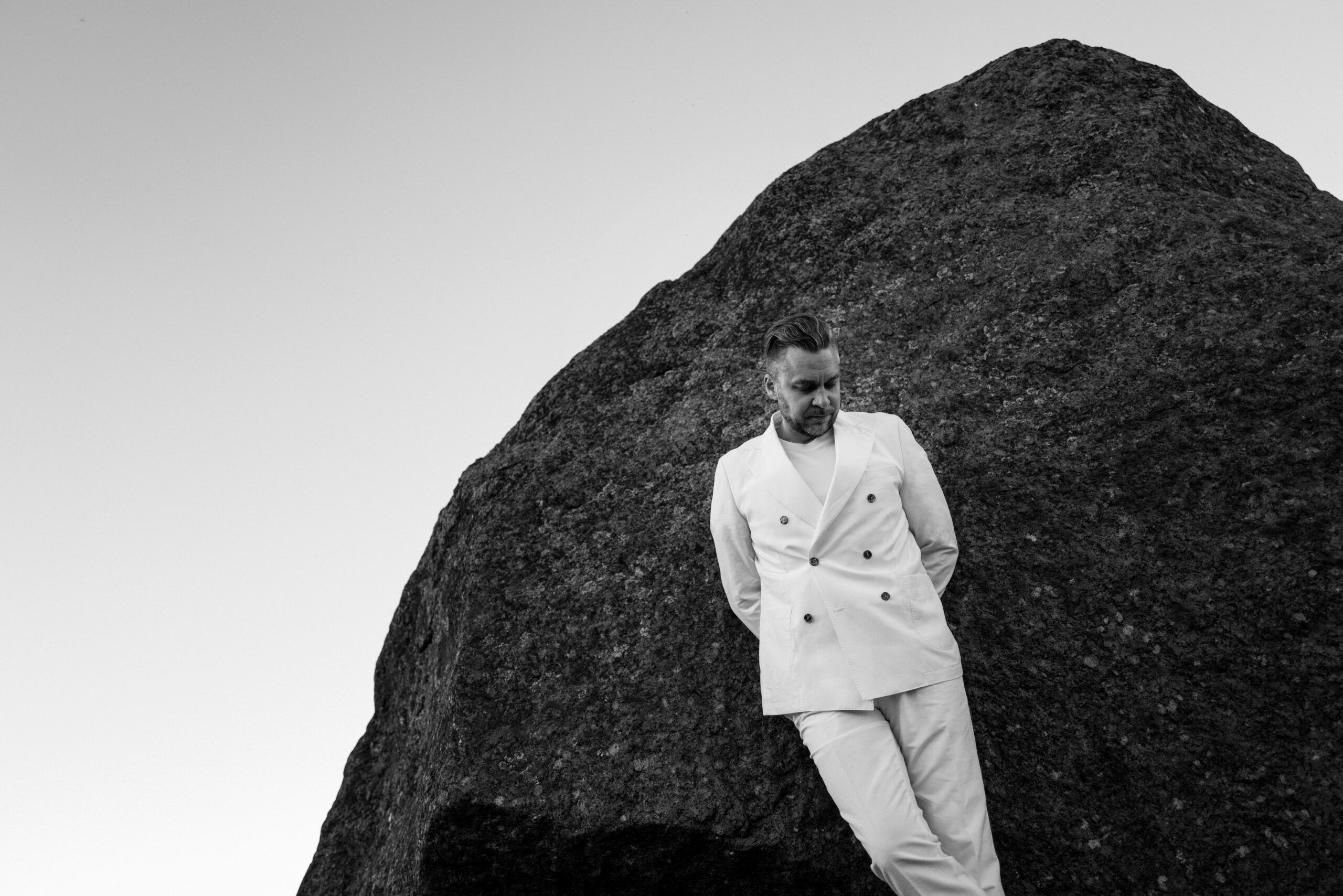 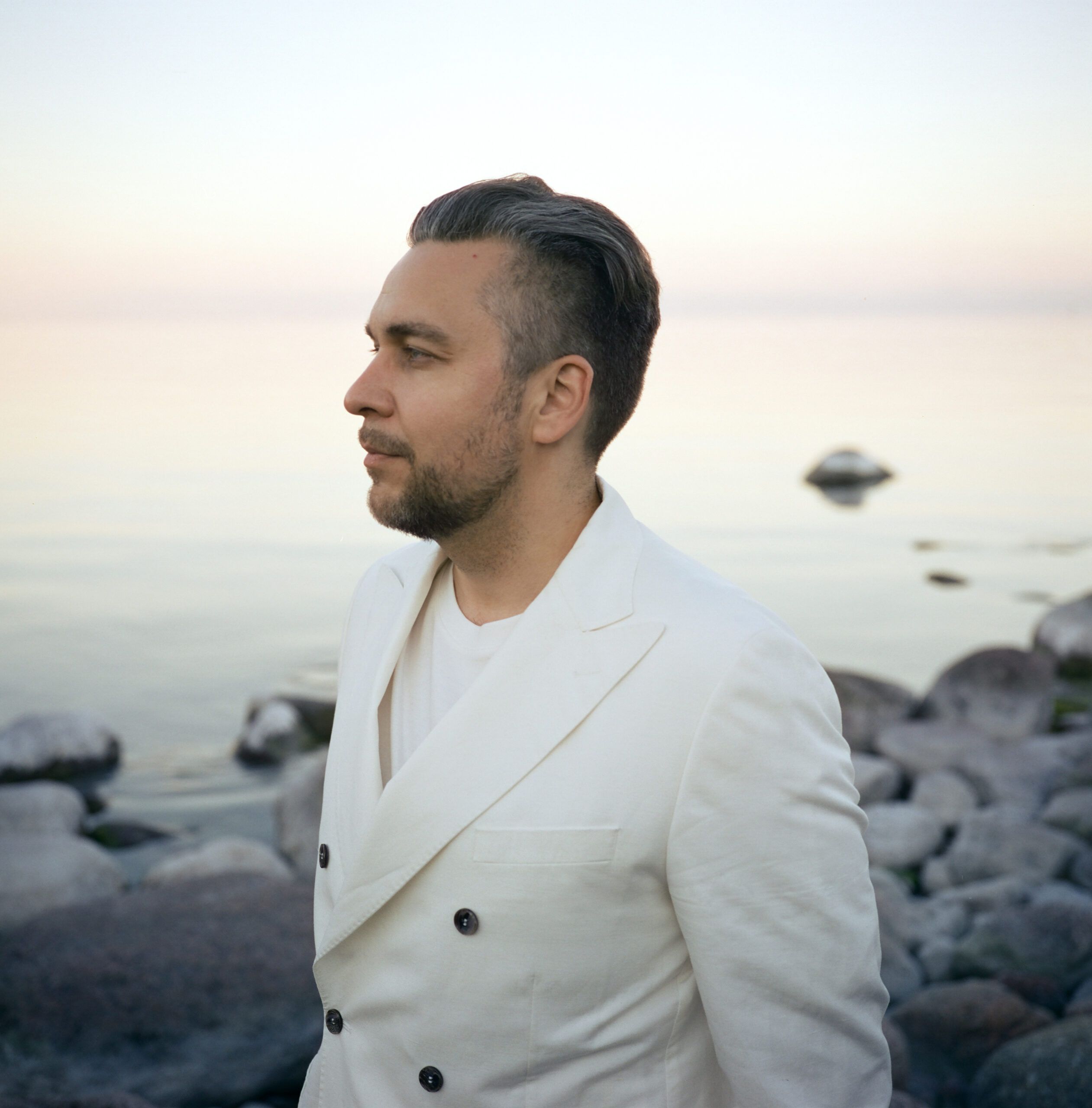 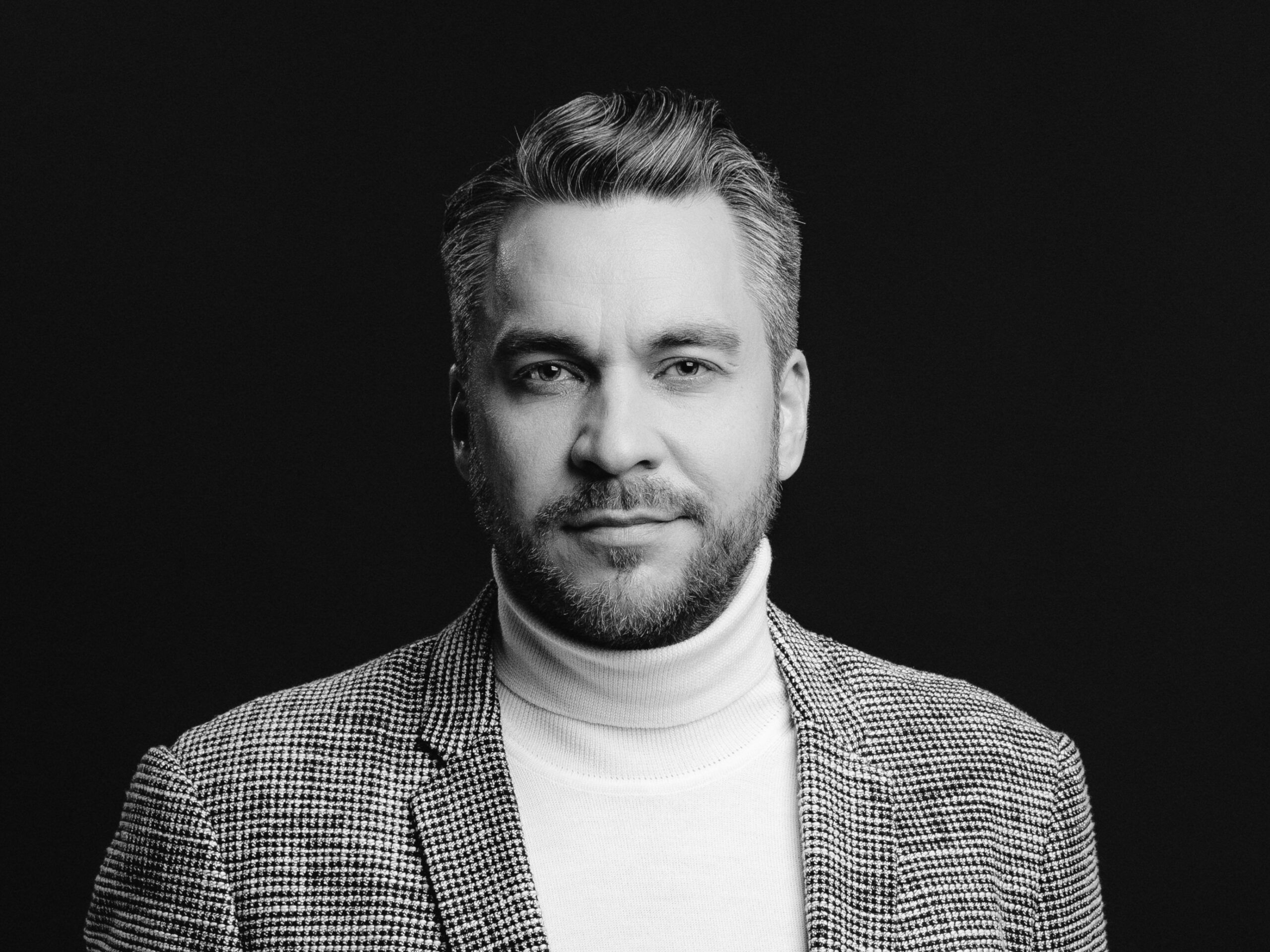 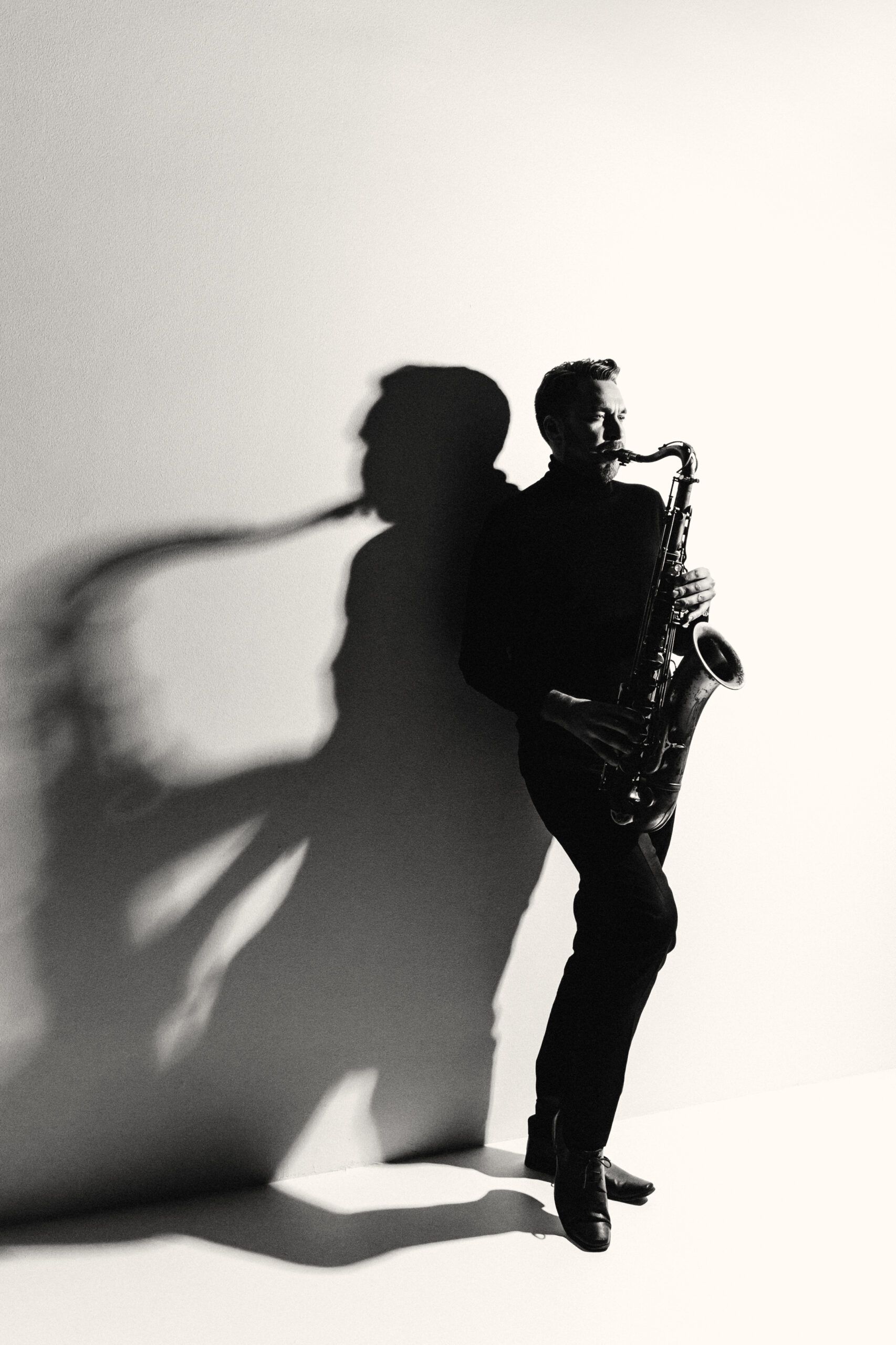