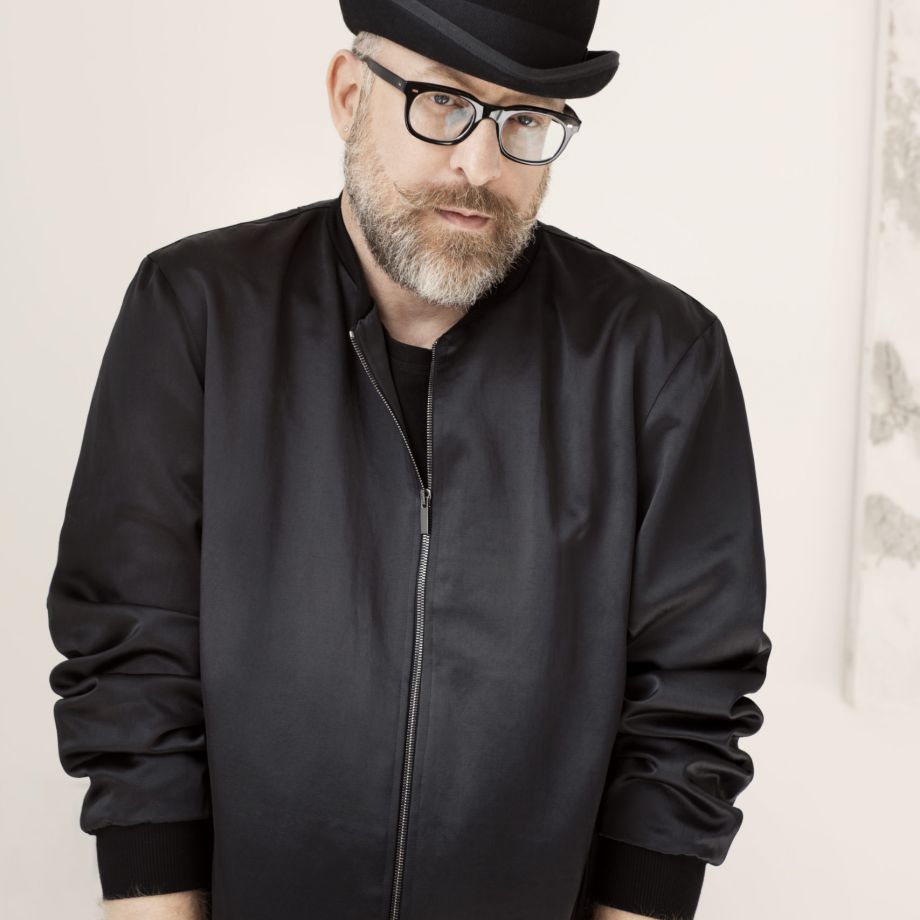 A soft, deep and sensual voice and yet clear and firm: Mario Biondi – real name Mario Ranno – cultivated his passion for music with care and patience since he was only a little boy listening to his father, the singer Stefano Biondi, in memory of whom he took his current stage name. A baggage of different experiences have turned Mario into the big artist he is now: from church chorus to works for minor record companies, while keep on studying and improving his English, despite being a born and raised Sicilian.
With a passion for soul music, since 1988 Mario was the opening act of renowned international artists, first among all Ray Charles.
And yet the big opportunity came when he released his single “This is what you are” in Japan and the song was heard by Norman Jay, popular dj from BBC1, who – in love with it – launched it all over Europe.
In 2006 Mario released his first album “Handful of Soul” for Schema, including 12 tracks: new songs as well as others from the classical repertoire. An accurate selection from which Mario took out the most standard songs. The album received good critiques both from general audience as well as from professionals and gained four platinum disks in just a few months. In the same year Mario took part in “Alex – Tribute to Alex Baroni” with the song “L’amore ha sempre fame”.
In 2007 Mario was particularly busy carrying out different extensive projects: he took part in the Festival di Sanremo as guest star in a duet with Amalia Grč, singing “Amami per sempre”. Soon after he released his single “No Matter”, in collaboration with DJ Fargetta and published his double live album “I love you more”, where he sang with the Duke Orkestra. Also this album was soon a big success and gained two platinum disks. The album included the ghost track “This is what you are”, one of the most loved songs by the Sicilian artist.
2008 marked a new and funny enterprise: the interpretation of two songs off of the Aristocats remake soundtrack – “Everybody wants to be a cat” and “Thomas O’Malley” – both turned into Italian.

Mario was also in the cast of one of the main Italian TV shows – “Mai dire Martedě” with the Gialappa’s band – and was invited by one of the main composers of the XX century – Burt Bacharach – to sing with Karima Ammar at the Festival of Sanremo with the song “Come in ogni ora”. Mario also sang with Renato Zero in Non smetterei piů, included in his latest album.

Released in 2009, “If” was his second album, produced by Mario’s new recording company, Tattica. Recorded between Rome and Rio de Janeiro and anticipated by the single “Be lonely”, at the top of the music charts for months, the album was an extensive artistic project, both from a production angle (stings were recorded at the London Telefilmonic Orchestra) and for the collaboration with some of the most renowned musicians worldwide: from Herman Jackson (piano) to Michael Baker (drums), from Jacqués Morelenbaum (cello) to Ricardo Silveira (guitar), from Sonny Thompson (bass and guitar) to Lorenzo Tucci (drums), from Fabrizio Bosso (trumpet) to Giovanni Baglioni (guitar). In this album Mario created soft and passionate soul-jazz music, with some funny interpretations. The collaboration with Burt Bacharach, starting with the duet with karima at the Festival di Sanremo 09, was strengthened and enriched by a gift of Bacharach to Mario: the song “Something that was beautiful”, included in the album.

“If” made Mario Biondi popular for the general public and was marked by a good success in sales, gaining 3 platinum disks and achieving – through the digital publication (distribution Kiver / Tattica) – a record on iTunes: over 2 months on the Italian top 10 of the best selling albums.
Mario’s international popularity is also proven by the fact he is one of the first Italian singers to have an account on Ping, the iTunes social network launched in September 2010. Thanks to his popularity, Mario collaborated with Bluey from Incognito, remixing “No’ Mo’ Trouble” from the album “If”: the song was on top of the charts for the whole Summer. Enthusiast for this collaboration, Bluey asked Mario to play two songs of the band’s 30th anniversary album: a duet with Chaka Kahn and a solo song – “Can’t get enough” – which was acclaimed by London radio networks.
In Fall 2010 Mario dubbed animation characters once again and played their songs in the animated film Tangled, where he gave the voice to Flynn Rider. In April 2011 Mario dubbed Miguel in Rio.
On November 26, 2010 “Yes, you” was released for Tattica, a double live album for the Summer tour which Mario performed on main Italian stages, all of them sold out.

On May 21, 2011 for his 40th birthday, Mario opened his new sold out Tour at Gran Teatro in Rome, with a Big Orchestra of 40 members.
On November the 15th, Due –The Unexpected Glimpses, was released for Tattica/Handful of Music, a double album in which the crooner meets new undiscovered international and Italian music talents launching the new frontiers of music: the “talent album”. In the new project, Biondi duets with the 20 most talented artists from the soul and jazz scene, performing 13 original songs and 7 covers.

On February 2012, Biondi was at the exclusive jazz club Ronnie Scott’s in London for six concerts that were all sold-out. In March 2012 he started his new Italian tour in the most prestigious theatres and club.

“Listening to Mario Biondi’s deep, warm and soulful voice it evokes a reminiscence of legends like Billy Paul, Luther Vandross, Isaac Hayes and Lou Rawls. Handful of Soul, his first international release is an album ranging between Jazz and Soul. The result is in this very enticing music release, whose sound swings from smooth vocal melodies to rhythmic tracks to dance to. Adding new facets and his own style to these compositions, Biondi definitely is a major artist to watch in 2007.” Jazz Café, UK

“The dark and jazzy soul sound of Mario Biondis vioce is an instant reminder of Lou Rawls, although his musical roots don’t lie in a gospel chruch, but in Sicily. His grandmother sang operas, his father wrote popular songs, the son abides by R & B and soul – with success: The single “This Is What You Are” a groovy number with solos, strings, blowers, and percussion, is already gold-plated in Italy. Such Originals ae standing beside songs from the feather of Henry Mancini or Dusko Goykovich, Al Kooper and Bill Withers.” Stereo

“Besides the relaxing bossa Biondi also got cheerfully swinging vocal jazz or the well-known and very sensful Samba “Rio de Janiero Blue” included in his program. It even features the classical American repertoire with pieces by Henry Mancini and Burton Lane and Alan Jay. With his versions of Al Koopers “I Can not Keep From Cryin’ Sometimes”, LC Cooks “No Trouble on the Mountain” and Bill Withers “I’m Her Daddy” Mario Biondi arises as a convincing and mature performer in the Rhythm’n’Blues- and Soul-Genre.” Jazzthetik

“I’ve always been waiting for a title that somehow drops off, or one that I do not like so well, but the 36-year-old seems to be getting even better from track to track! Allthough he seems to have assimilated the Swing with the mothersmilk! Terrific! Fantastic! I can not say more than: “Buy”!” LP Magazine

Mario’s new album “Dare” is a record that tells the story of his career so far, but also what Mario will be like in the future. There is the “early” Mario, pronounced in jazz and soul, but also new sounds that are not so much in line with current trends, but have a more adult and international sound.

There are collaborations with “old” and “new” friends, international artists such as the English band Incognito, the opera trio Il Volo, but also the musicians with whom Mario had success in the mid-2000s (The Highfive Quintet/ the successful album “Hand full of Soul”), an interaction with Fabrizio Bosso’s Spiritual Trio and his current band that accompanies him all over the world (150 shows in over 40 countries).

Mario’s words about this studio project:
“”Dare” is an attitude, a life decision. I’m going back to my original sound with the bands that gave my songs brilliance.”

As a small taste of the new album, there has already been a remix of the track “Cantaloupe Island” released by Brazilian DJ Meme since January 15, 2021. A reinterpretation of perhaps the most famous song by Herbie Hancock, , with lyrics by Mark Murphy, recorded in 1975. 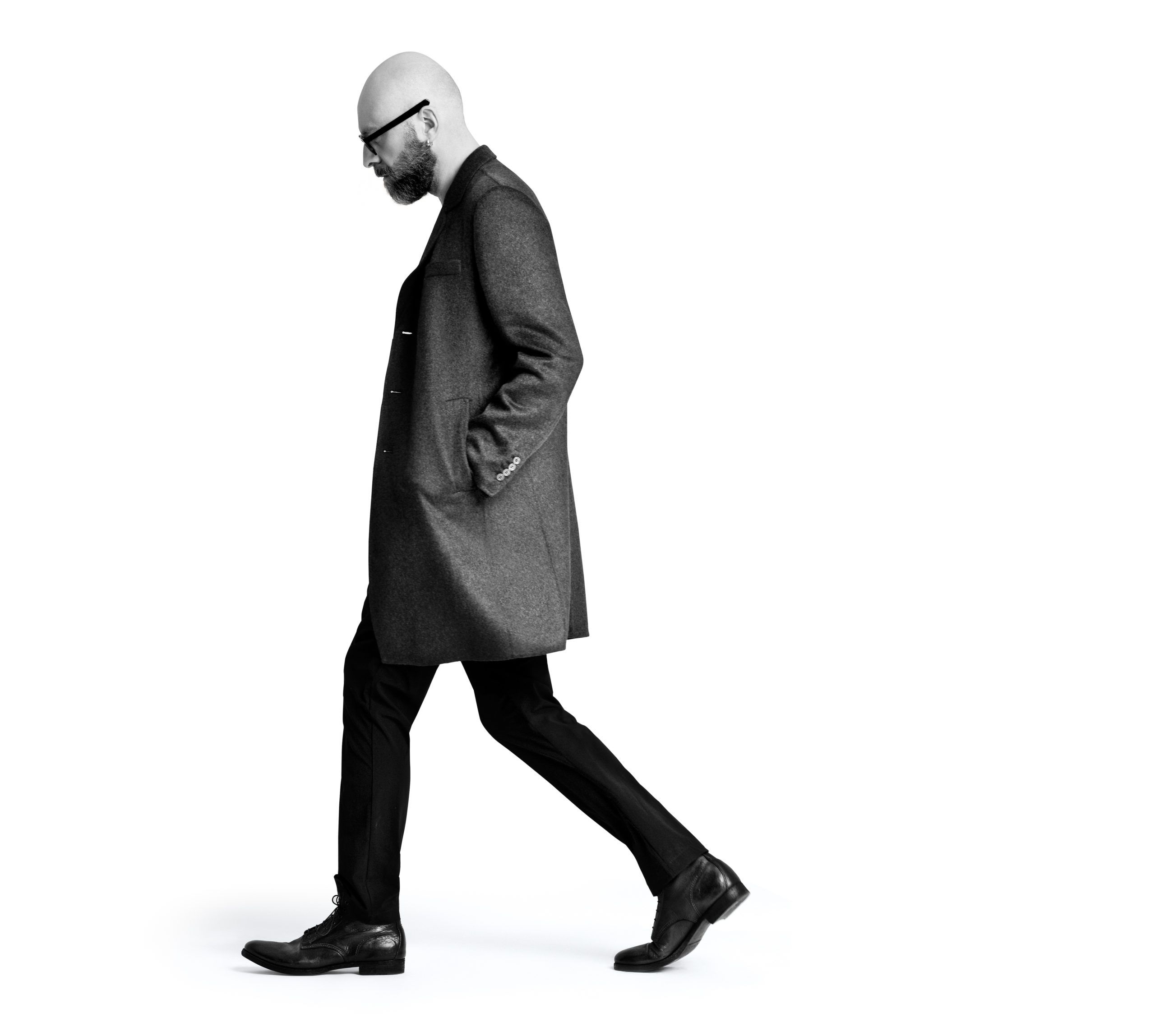 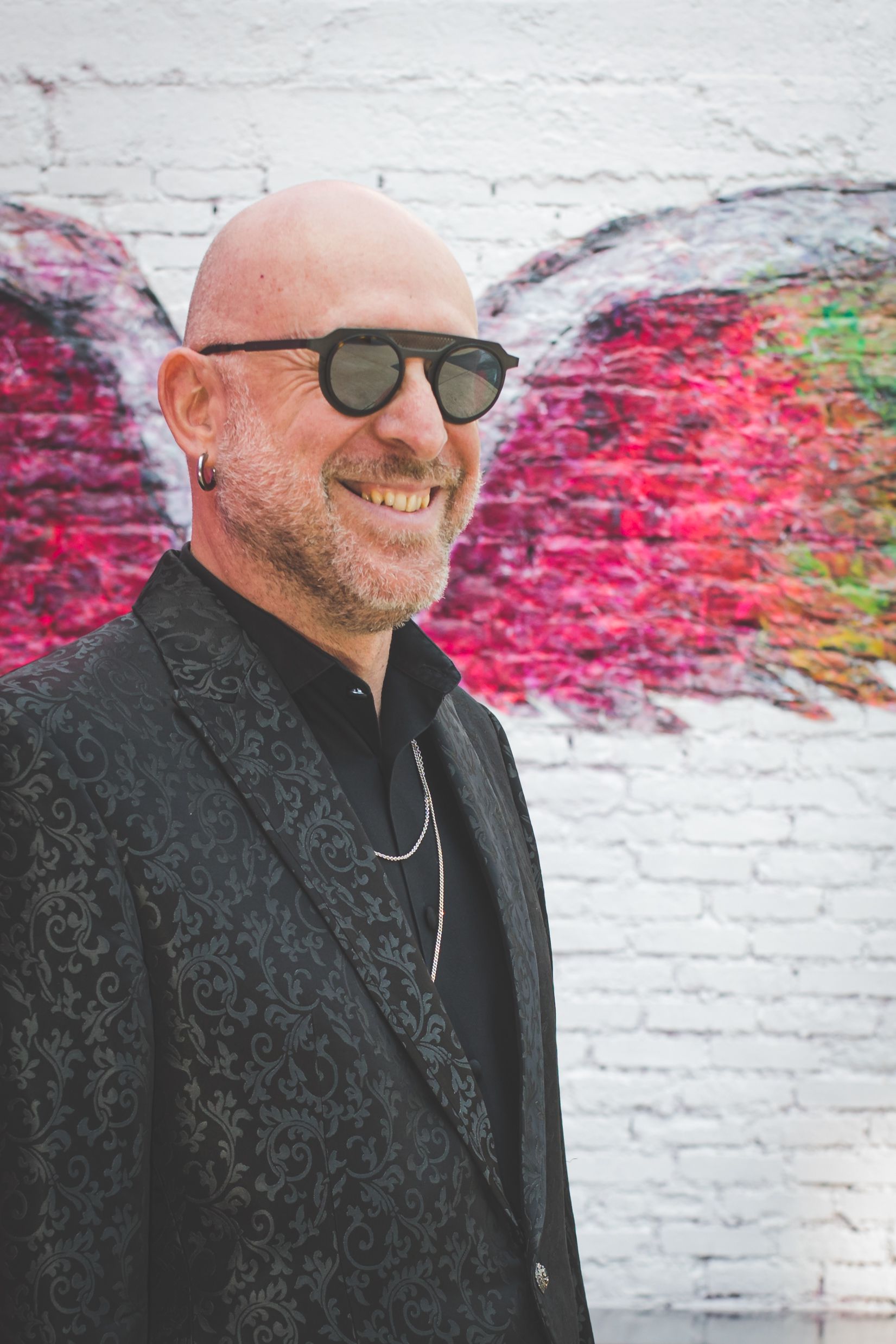 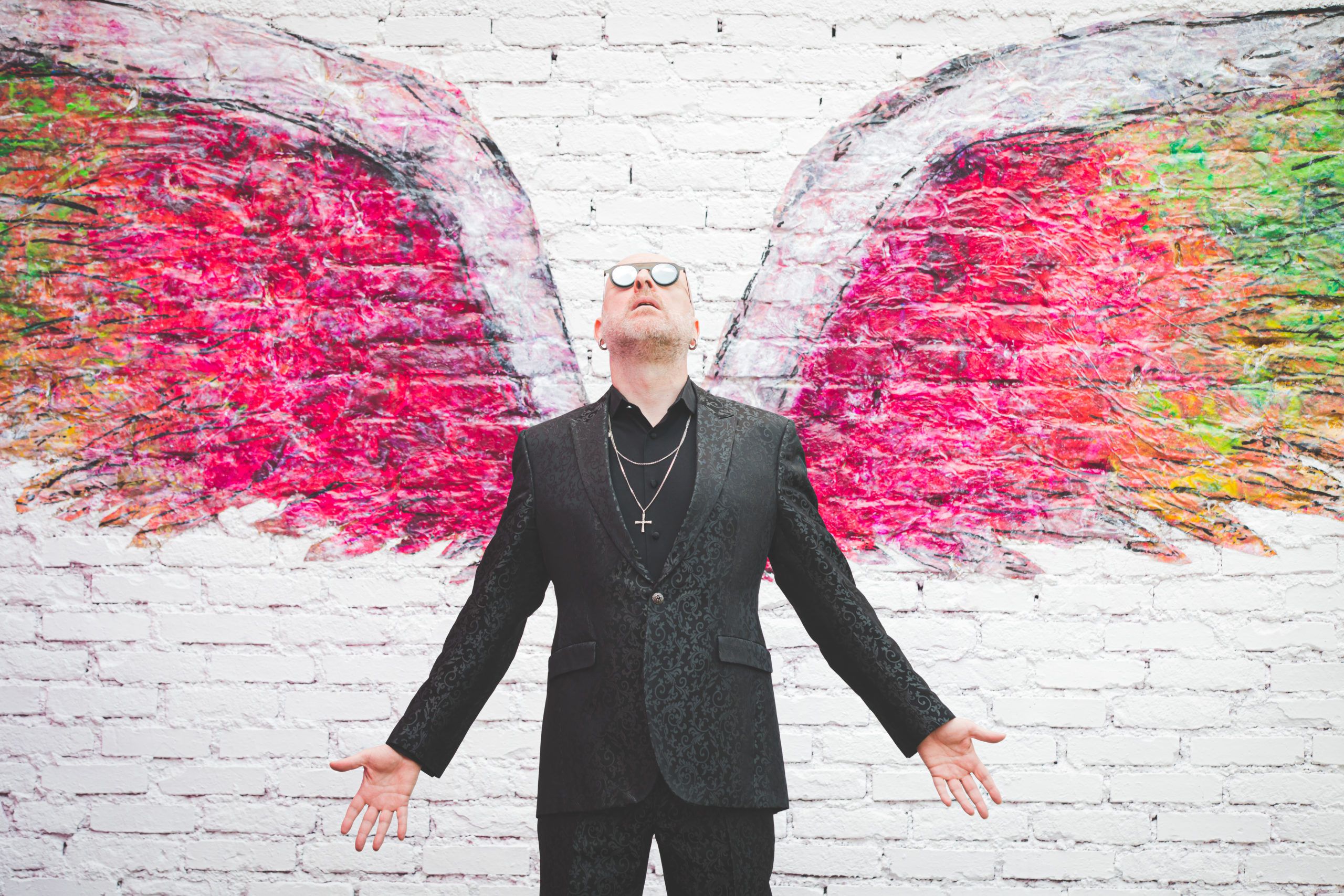 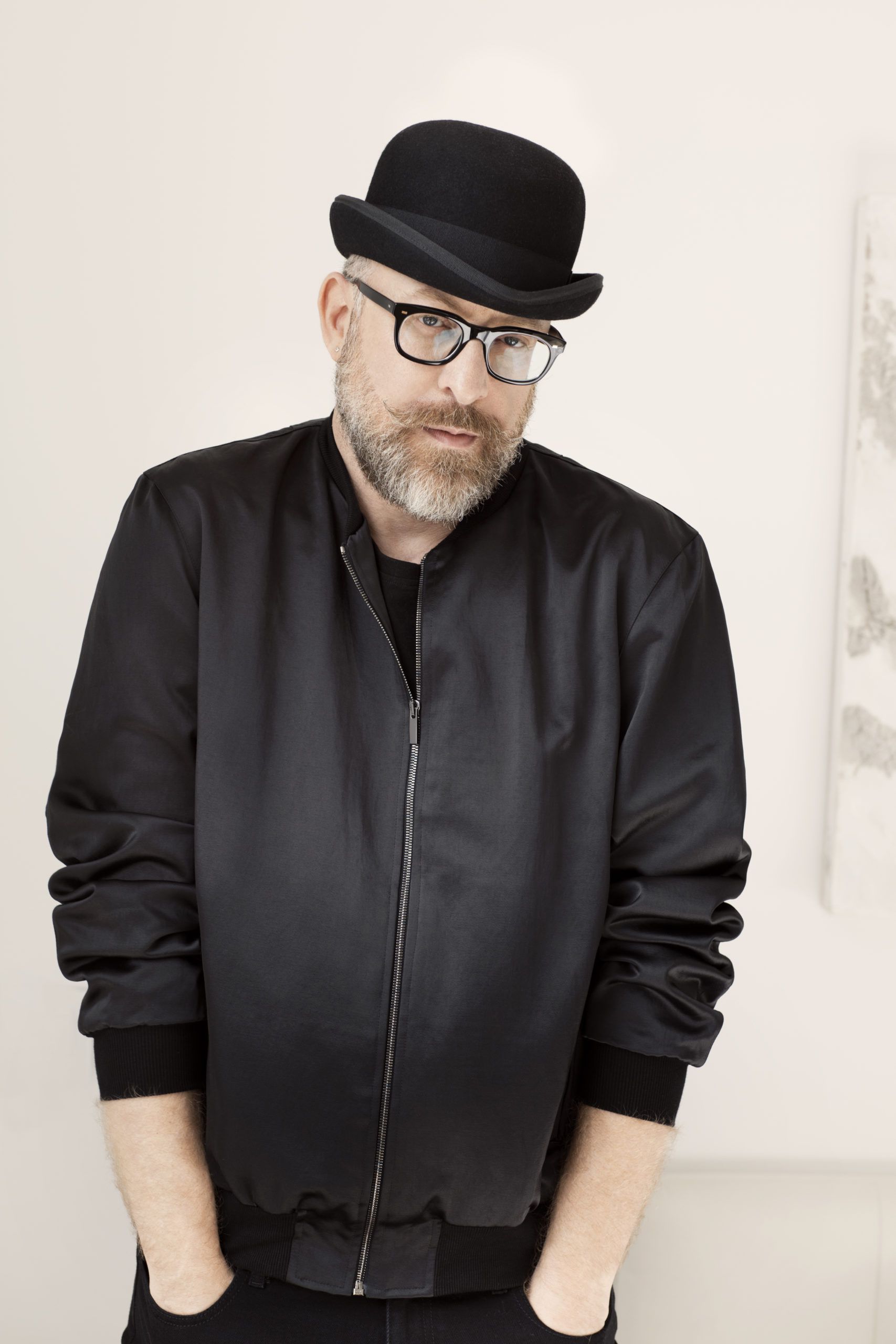 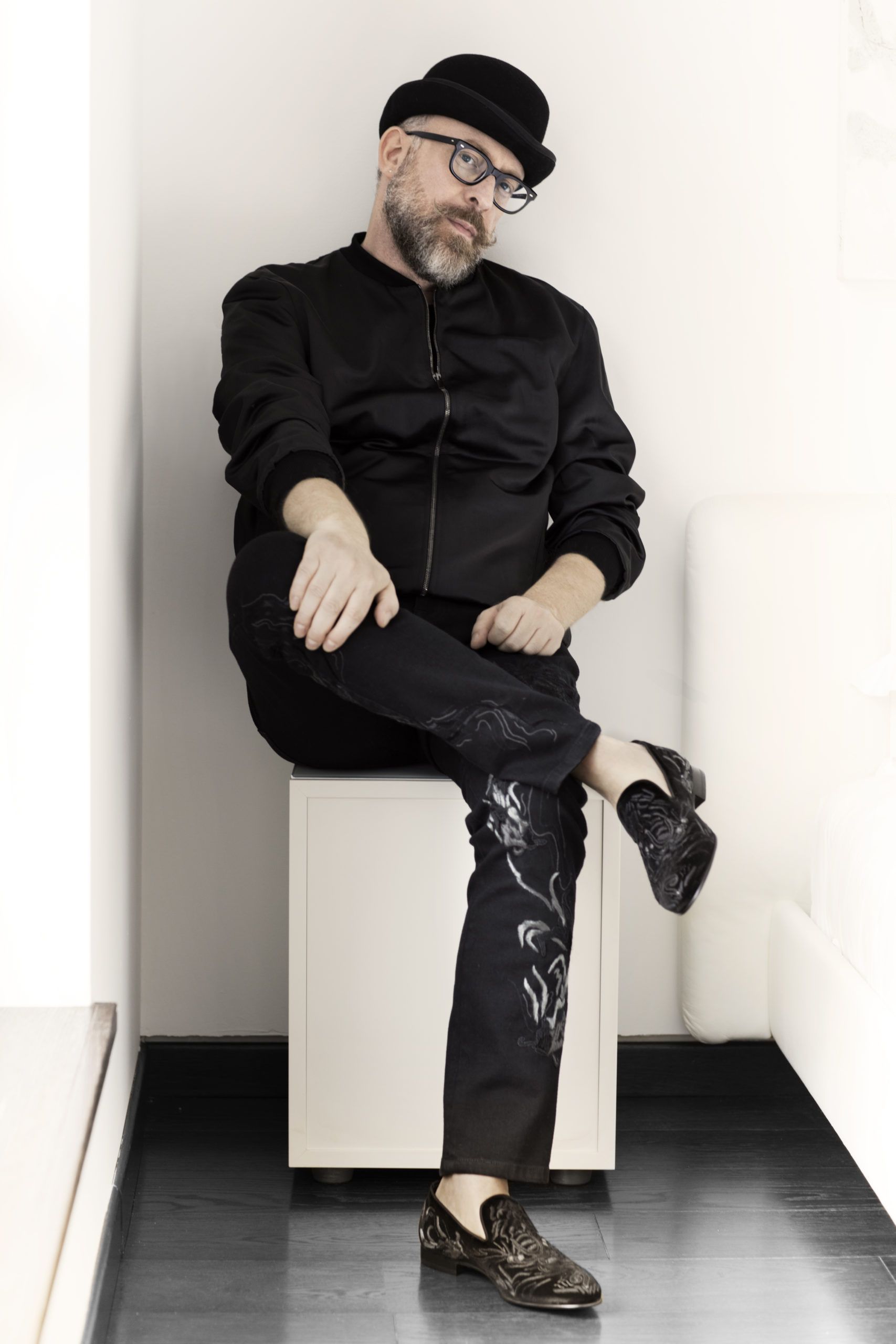 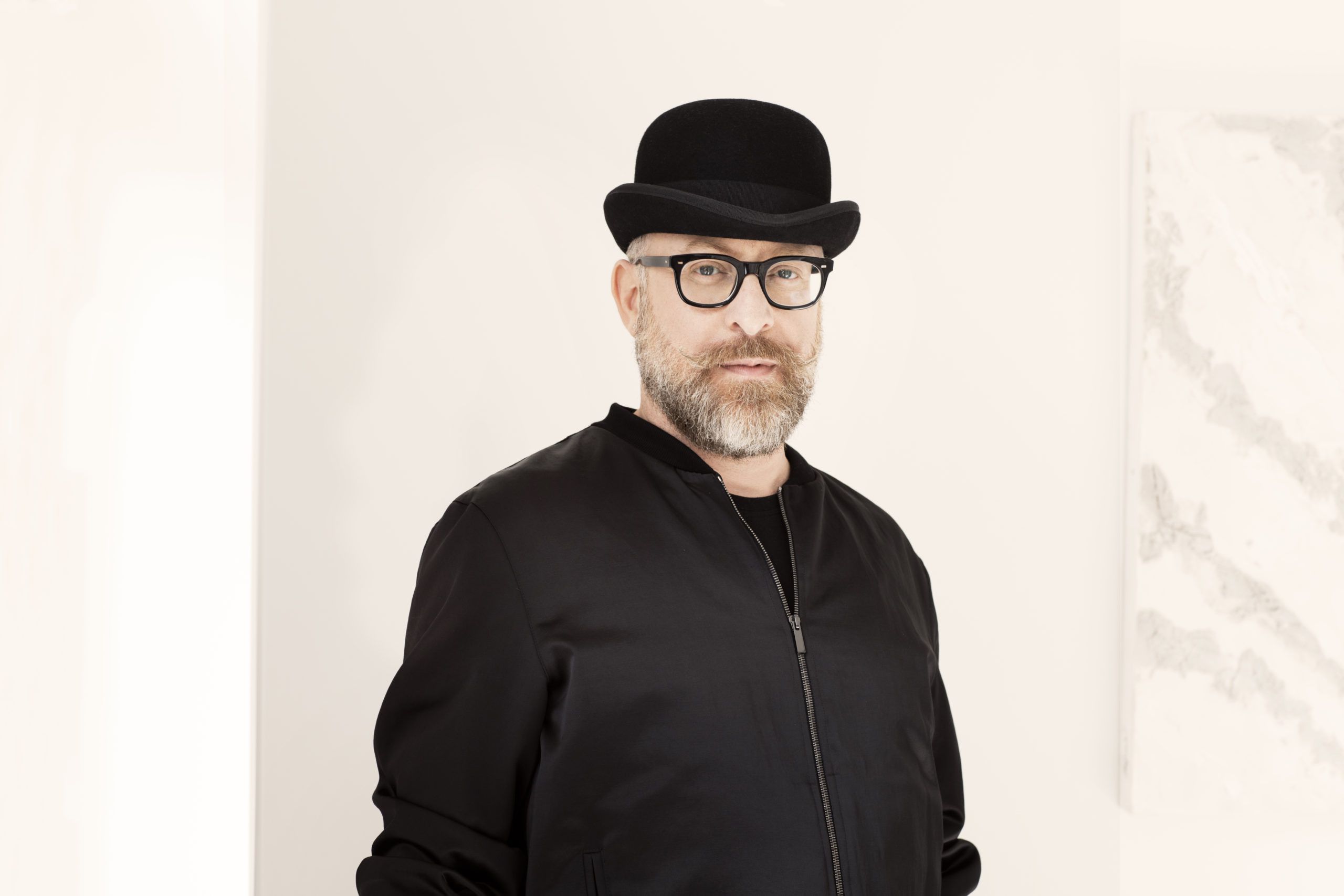 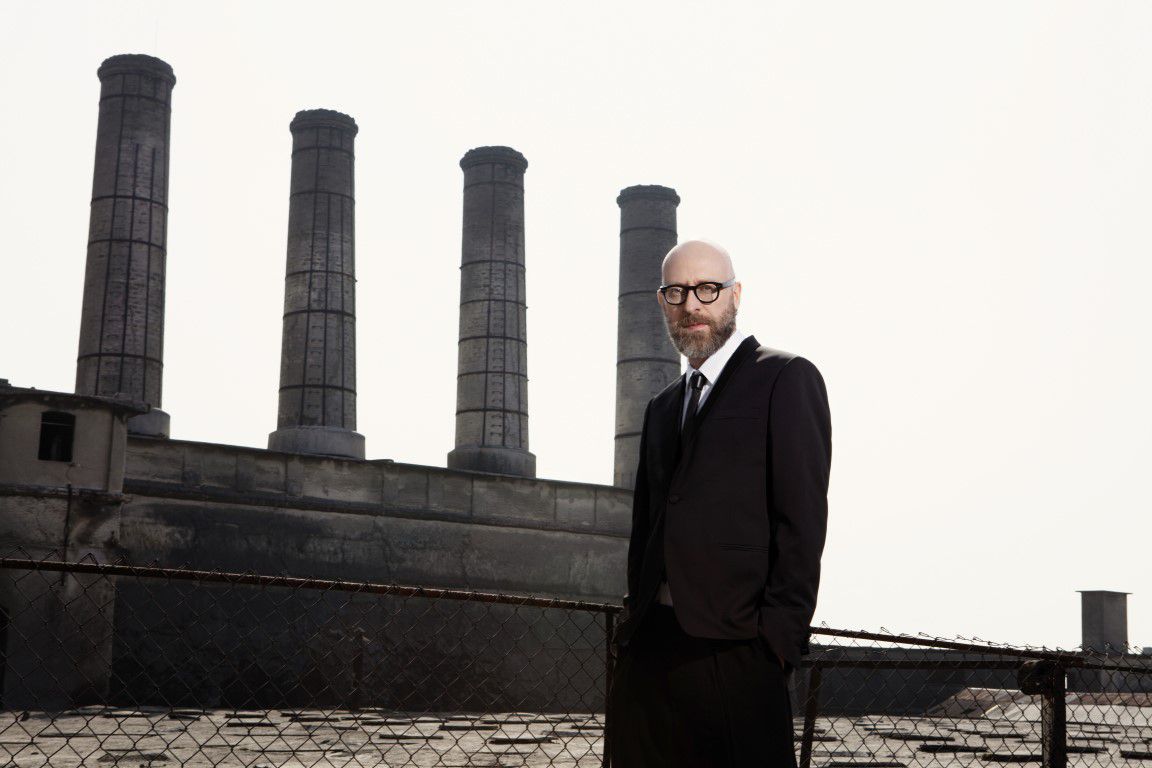 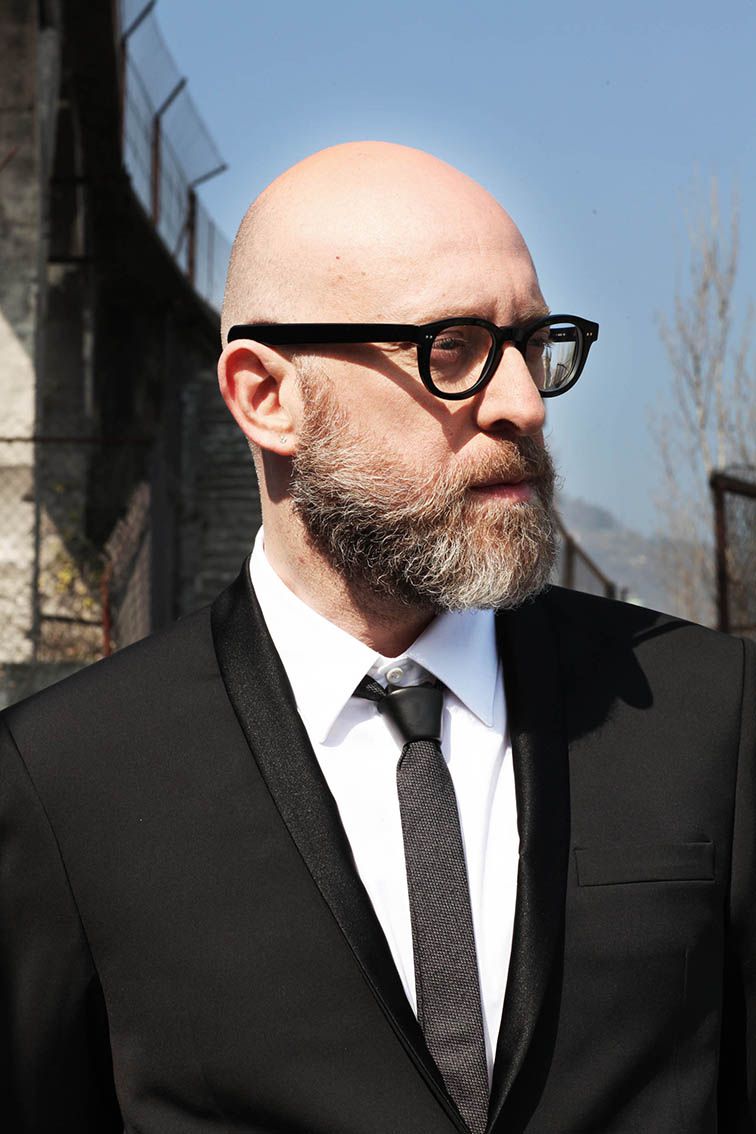 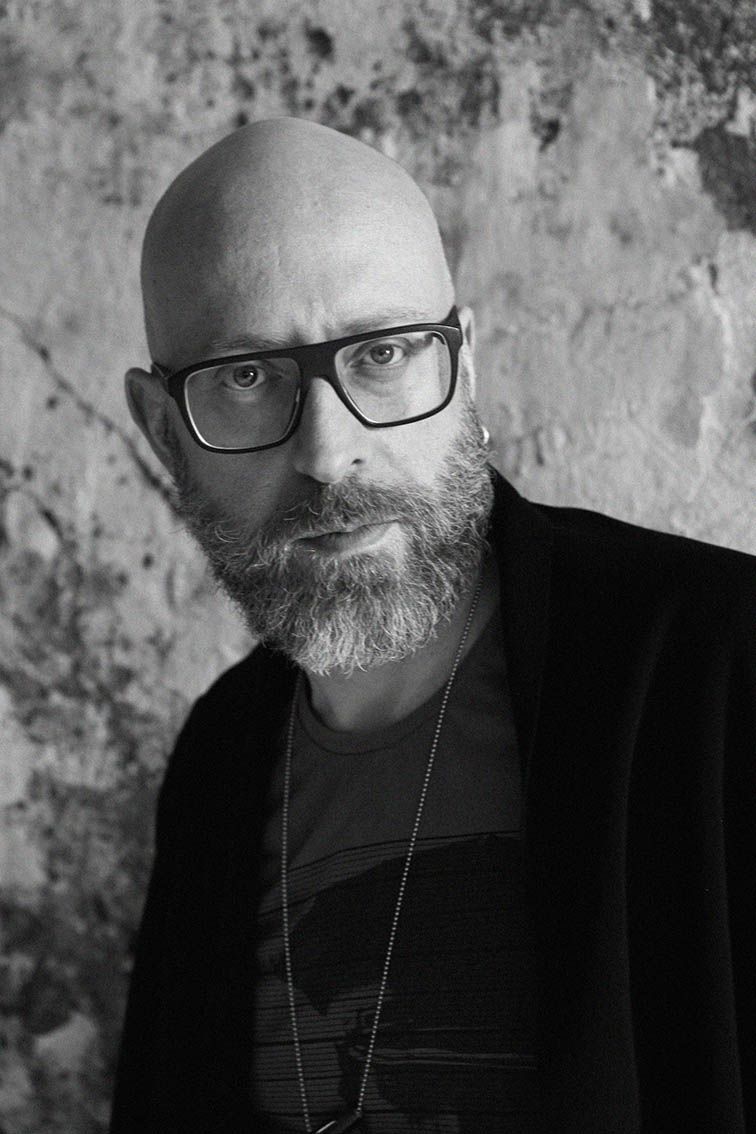 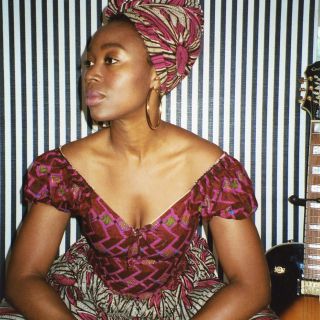 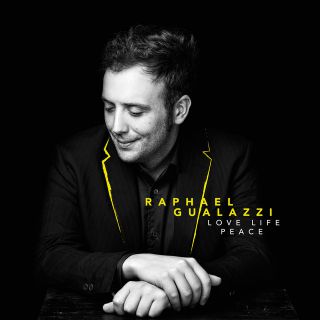 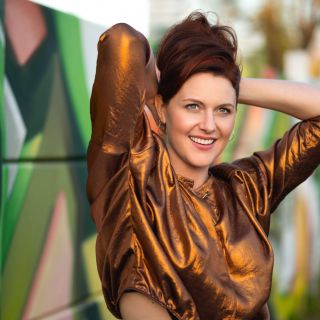