Finding the connection to the audience with closed eyes – not every singer succeeds as remarkably as Juliana da Silva. The Brazilian is convinced that it’s all a question of expressiveness. And not only she: The Frankfurter Allgemeine Zeitung described her performances as “musical whole-body sensuality”. Inspired by great Brazilian composers, she develops her own particularly creative interpretations of singers like Garoto Cláudio, Vinícius de Moraes and Antonio Carlos Jobim. When da Silva is on stage and ignites a brilliant jam firework between jazz, samba and bossa nova, there is no doubt: this woman sets the tone even when she sways silently and obliviously to the beat. Juliana da Silva – a guarantee for a fantastic live evening.

To connect with your audience while your eyes are closed – not every singer can do that as remarkably as Juliana da Silva can. It’s a matter of presence, the Brazilian singer is convinced. And it is not only her own opinion: the Frankfurter Allgemeine Zeitung sees her appearances as “musical full body sensuality”. Da Silva has a stage presence that loses nothing of its captivating power even next to her idol Bart van Lier. When the Dutch star trombonist ignites a brilliant jam of fireworks between jazz and bossa nova with the da Silva’s band, there’s no doubt: This woman even sets the tone when she is silent and swaying to the beat, lost in the music.

Da Silva, the daughter of an Italian-descendent mother and an Afro-Brazilian, has been singing since she was just learning to speak. For that reason, there was one rule which was not to be broken in the da Silva home: no singing during meals. But that didn’t deter Juliana: she sings in the church choir, stands on the stage for the first time with her school band at the age of twelve and in her early twenties marries a German musician, for whom she leaves São Paulo for Germany.

There follow further band projects, collaboration with various artists and innumerable gigs. “I haven’t released many albums, but I have gained a lot of stage experience,” says the self-taught musician. And even though she was only meant to sing Lambada at her first gig in Germany, her musical spectrum quickly expands: the heroes of her youth like Elis Regina, Chico Buarque, Tom Jobim or Elizeth Cardoso are joined by jazz greats like Billie Holiday, Ella Fitzgerald and Kurt Ellling. More and more, old and new influences, Brazilian tradition and the diversity of jazz blend together to make da Silva’s own musical signature.

Of course, the symbiosis between bossa nova and jazz wasn’t invented by da Silva: already the collaborative projects of the 1960s between Stan Getz and João Gilberto and Tom Jobim were a sensation. The latter was also supported by the jazz guitarist Charlie Byrd, and Miles Davis invited the drummer Airto Moreira to join his band. But, as with most musicians, what counts for da Silva isn’t so much the genre she plays as the feeling she gives it. “It’s everything together: expression, feeling, the processing of emotions,” the singer says about her music. And yes, you can also call it soul. That that sounds more like fado than funk is due to da Silva’s fondness for fateful stories: “They don’t have to be sad songs, but melancholic texts.”

There are all kinds of those on “Vai Samba Meu”. But if you think that Juliana da Silva is the “Girl from Ipanema” in jazz form, you are mistaken. On “Vai Samba Meu,” you’ll find not only songs by legendary and contemporary Brazilians like Tom Jobim, Moacir Santos, Paulo César Pinheiro or Dorival Caymmi, but also compositions by da Silva and her band members themselves.

“Casa de Caboclo” was written together with the Cologne bassist André de Cayres, who has musically accompanied da Silva for more than ten years. It is a seven-minute piece that is driven by shimmering piano chords and pulsing percussion in the background. It is da Silva’s homage to her favorite uncle, who she once visited with her family on a Sunday outing in the countryside.

The trio’s stringent playing is penetrated by the tenor sax sounds of Tony Lakatos, da Silva’s life partner, who supplied several horn solos and the song “Le Babe”, as well as contributions made by the legendary jazz trombonist Bart van Lier. Da Silva can’t say enough about their collaboration. The same goes for the Hungarian musicians Mihály Farkas und Roby Lakatos, who complement “Vai Samba Meu” with cymbal and violin. “This is what I call world music,” says da Silva with a laugh.

Moreover, da Silva does a cover of the song “Popó” by the young Brazilian musician Chico Pinheiro about the Brazilian boxer Acelino Freitas – a song about picking yourself back up after being hit hard. Da Silva had seen Pinheiro play “Popó” live and new immediately that it was made for her: “The right song sung with the right expression makes the magic,” she says to explain the choice of her repertoire.

When asked, what say her band – besides bassist de Cayres also consisting of the multiinstrumentalist Henrique Gomide and percussionist Bodek Janke – has in the music, da Silva laughs: “But I always have the last word.”

Be that as it may, “Vai Samba Meu” shows more than just the singer’s fascinating power of expression: there’s no song that doesn’t put the solos of the instrumental trio in the foreground. Here and there, lonely and sporadically clanging drums, undulant basses and virtuoso piano playing, then again as a team lively seesawing and gently ebbing away – in the end, the communal feeling wins. Surely, too, because da Silva has played many of the songs on “Vai Samba Meu” live numerous times. She’s been a house act at the renowned Frankfurter Jazzkeller for more than 15 years – with her monthly concert series, she’s (practically) an institution.

An experience which da Silva’s album only profits from: the devotion that she brings to the stage is felt in every single moment. The fact that the eleven songs are in Portuguese does nothing to diminish their magic: “People don’t understand a word of what I’m singing, but still they understand what I want to tell them with the song,” da Silva says about her music. In the end, it’s all a matter of expression.

When artists emigrate to another country, one of the biggest challenges they face is that of literally becoming homeless – and not in the positive sense of cosmopolitanism. In an understandable effort to internalise the new culture, many attempt a balancing act, standing shakily on one leg. In the end, however, they run the risk of losing something essential: their identity.

Juliana da Silva knows this from her own experience. The artist, who left her native Brazil very young and has already lived in Germany for 28 years, conquers stages all over Europe and other continents. Her success with audiences and her unique stage presence are based on the fact that she remains true to herself and draws great richness from her Brazilian roots. At the same time, it is precisely her cultural identity that makes her her artistic capital. Juliana chooses her repertoire with care. Instead of remaining stuck in genres and clichés (which in this case would mean submitting to the standards of North American jazz), the singer lends her voice to great Brazilian composers such as Dorival Caymmi (“O Bem do Mar” and “Vatapá”), Baden Powell and Vinicius de Moraes (“Deixa”), Moacir Santos (“Sou Eu”), Aníbal Augusto Sardinha, also known as Garoto (“Sorriu para Mim”), and Tom Jobim (“Luiza”). Juliana also sings contemporary compositions such as “Vai Samba Meu” by the Brazilian musician – and exceptional pianist of the Caixa Cubo Trio – Henrique Gomide.

Juliana’s approach to this selection is characterised by a particularly creative and unconventional interpretation. In her native Brazil, she was surrounded from childhood by the best that national music of the 70s and 80s had to offer. She listened incessantly to the LPs of famous personalities such as Chico Buarque, Djavan, Milton Nascimiento, João Bosco and Tom Jobim on the radio, and was profoundly influenced by their music. These well-known names were joined by great female performers who, according to Juliana, “turned her head”. Among the Brazilian singers who had a lasting influence on her, she singles out Elis Regina and Elizeth Cardoso. Other sources of inspiration are international stars such as Billie Holiday, Ella Fitzgerald, Carmen McRae and Kurt Elling. In the 1960s, João Gilberto conquered the North American music industry in Portuguese with saxophonist Stan Getz. Similarly, in 1979 Elis Regina enchanted the Swiss audience of the acclaimed Festival de Montreaux with her unique performance of Brazilian music. Even today, singers like Rosa Passos and Joyce Moreno are adored by Japanese audiences without understanding a word of their songs. Mixing a wide variety of influences while expressing a personality and cultural identity all her own, Juliana da Silva follows in their footsteps. Surrounded by outstanding instrumentalists, she sings unmistakably Brazilian Portuguese, gracefully sidestepping genre boundaries with a certain mischievousness. She impresses with vocal sensitivity and, most importantly, great emotion. European audiences are lucky to be able to experience and hear her regularly on stage. 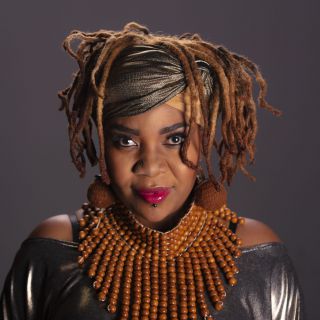