French saxophonist Matthieu Bordenave’s first leader date for ECM introduces a new project with German pianist Florian Weber and Swiss bassist Patrice Moret. On La traversée – The Crossing – Bordenave explores musical ground between contemporary composition and jazz, subtly influenced by the innovations of the Jimmy Giuffre 3 with Paul Bley and Steve Swallow, who “opened new territory that remains relevant for improvisers today.” The recording of La traversée, he explains, was guided by an approach to trio playing, “in which melodic lines interweave and blossom in the nuances of tones, as each musician follows his intuition.” Bordenave leads the way with his highly distinctive saxophone sound, recently characterized by Down Beat as “light yet textured and authoritative”, establishing that this is music in which space will play an important role. La traversée was recorded at Studios La Buissonne in Pernes-les-Fontaines in the South of France last autumn, and produced by Manfred Eicher.

Matthieu Bordenave is a French saxophonist and clarinetist, who is currently based in Munich, Germany. Born in 1983 in Southern France, he began his early musical studies with classical saxophonist Christian Charnay and with Thierry Girault (jazz) in Annecy, before he moved to Paris at the age of 17, where he continued to work with André Villéger. He entered the national conservatory (CNSM), studying in its department of jazz and improvised music. His workshops teachers in Paris included Chris Potter, Louis Sclavis, Paolo Fresu, Marc Johnson and bass-clarinetists Jean-Marc Volta and Philippe-Olivier Deveaux. His musical education continued at the Musikhochschule of Munich where he graduated with a Master of Music, he also received the DAAD Prize during his studies.

On Enja Records he releases two albums with his trio “Le Café Bleu International” as well as in quartet with “Terre de Sienne”.
He also records an album with the American guitarist Geoff Goodman: “Inverted Forest” on Doublemoon Records. In 2018, he makes his debut on the legendary label ECM Records with the Shinya Fukumori Trio.

2020 will see his debut as leader on ECM with his project “La Traversée” with Florian Weber (piano) and Patrice Moret (bass).

“Revelation! The future has a voice” and “The music is lyrical and refined, adding the spontaneity of the improvised gesture to the complexity of the forms” Essentiels de 2020, Jazzmagazine

“Everything here is based on infinite listening, fine interaction and an intensity that makes every note emitted, every accent uttered, palpable. The composed theme melts into the infinite drift of the improvisations, it is of an extreme intensity; extreme but gentle.” Jazz Magazine (translated from French)

“As serene and meditative as this music may bei t also has bursts, or rather notable flickers of energy and bold, focused, fluid movement, invigorating all the atmospheric counterpoint” Jazzwise

“Bordenave and his associates knot the melodic threads and hoist a new sail with each time you listen, so inviting is the breath of his tenor saxophone to discover other worlds of sound. This visa for jazz opens up boundless horizons.” L’Alsace

“Jazz that leans on classical music, with a touch of romance thrown in for good measure. The pictures Bordenave sketches on this album are atmospheric, dreamy watercolours.” Nieuwe Noten

“This album was recorded last autumn and provides a suitably burnished, reflective and ever-so-slightly melancholy soundtrack for this particular crossing into the mellow, misty, gently maturing days”. LONDON JAZZNEWS

“The French saxophonist, but now an adopted German, debuts on ECM with a beautiful trio record.” Musica Jazz

“There is a sense of complexity to the music that on initial listening could leave the listener curious, yet not entirely bowled over. It takes time to appreciate some of the subtleties and nuances within the tunes, and a little more effort than usual perhaps. But it’s well worth giving it that time, as the more one listens, the more compelling and beguiling it undoubtedly becomes.” UK VIBE

French tenor saxophonist Matthieu Bordenave’s first leader date for ECM – following on from his contribution to Shinya Fukumori’s 2018 release For 2 Akis – introduces a new project with German pianist Florian Weber and Swiss bassist Patrice Moret. On La traversée – The Crossing – Bordenave explores an area between contemporary chamber music and jazz, subtly influenced by the innovations of the Jimmy Giuffre 3 with Paul Bley and Steve Swallow who “opened new territory that remains relevant for improvisers today. The recording of La traversée was guided by this approach to trio playing, in which melodic lines interweave and blossom in the nuances of tones, as each musician follows his intuition.

Bordenave’s writing for the trio emphasizes that this is a music in which space will have an important role to play, a feeling borne out by the austere quality of the improvising. Yet, this is also music that takes some risks, in its quiet way: prior to the recording the musicians played just a couple of concerts as a trio.  “It was important to me not to play a lot in the live situation,” says Matthieu. “I did not want to fix and finalize arrangements, but to leave things open to the possibility of change in the studio…” Ideas, however, had been percolating for a long time. Bordenave and Florian Weber first collaborated five years ago when Matthieu invited the pianist to join him in a program at Munich’s Unterfahrt club, based around music associated with Edith Piaf. “Florian is himself half-French and he knows very well the culture – everything from chansons to modern classical music. It was extremely interesting to play with him, and we kept in touch over the years.”

In preparation for the new album, “Florian and I talked a lot about how to incorporate some of the colours of modern composition. I love for instance Messiaen and Dutilleux. I wanted some of that sense of complexity in the chords. Too much complexity, however, can create a prison for improvisers. In some of the pieces, like ‘Archipel’, we take just a small fragment of written material and develop it further and further…”

Patrice Moret, whose deep listening, improvisational imagination, and thoughtful choice of notes had played a significant role in ECM recordings with Colin Vallon, Elina Duni and Nicolas Masson was chosen as bassist for the project. “He has a beautiful tone,” Matthieu says. “Quiet and strong at the same time – very important for this kind of music” Quiet and strong, delicate and resolute – the descriptions can apply with equal validity to the contributions of Bordenave and Weber. In this part-composed, part-improvised music, the musicians develop three independent voices, interacting, crossing paths, or developing freely roving counterpoint in a post-Giuffre idiom.

Bordenave’s tenor saxophone sound is striking. The way in which he uses the upper range of his instrument, and his phrasing and tone – on this album in particular – may reflect, he suggests, his years spent playing classical music on alto saxophone: “In my head, I think, I transpose registers. And in the trio I’m not always playing saxophone-like lines at all but phrasing, at times, almost more like a cello perhaps…” Among jazz saxophone players, Matthieu admires the achievements of Warne Marsh. “But the most important thing for me is to find a personal sound that is right for the context.” Florian Weber, also an ECM artist in his own right (refer to his quartet album Lucent Waters, and the duo album with Markus Stockhausen, Alba), recently won the Belmont Music Prize whose jury declared that “his piano playing is as boundless in its possibilities as it is economical and focused.” The late Lee Konitz referred to Weber as “one of the most creative piano players I have ever played with.  He has the feeling the texture, just beautiful.”

In a performer’s note in the CD booklet for La traversée, Bordenave writes “as in a volume of poetry where a certain atmosphere emanates from the text, the pieces resonate with each other like a mosaic…” Poetry has also provided atmospheric inspiration for the compositions, each of which is titled after lines and images from the work of René Char, who, in addition to being one of the great French writers of the 20th century, “a lighthouse for many artists” as Matthieu says, wrote numerous poems steeped in the flavours of Provence. “The melodies were responses to some of the poems, or impressions drawn from them.” The “River” referred to in the opening and closing tracks is La Sorgue, “the river of respect for dreams” as Char put it, which runs through Pernes-les-Fontaines, where the album was made. La Traversée was recorded at Studios La Buissonne in October 2019, and produced by Manfred Eicher. 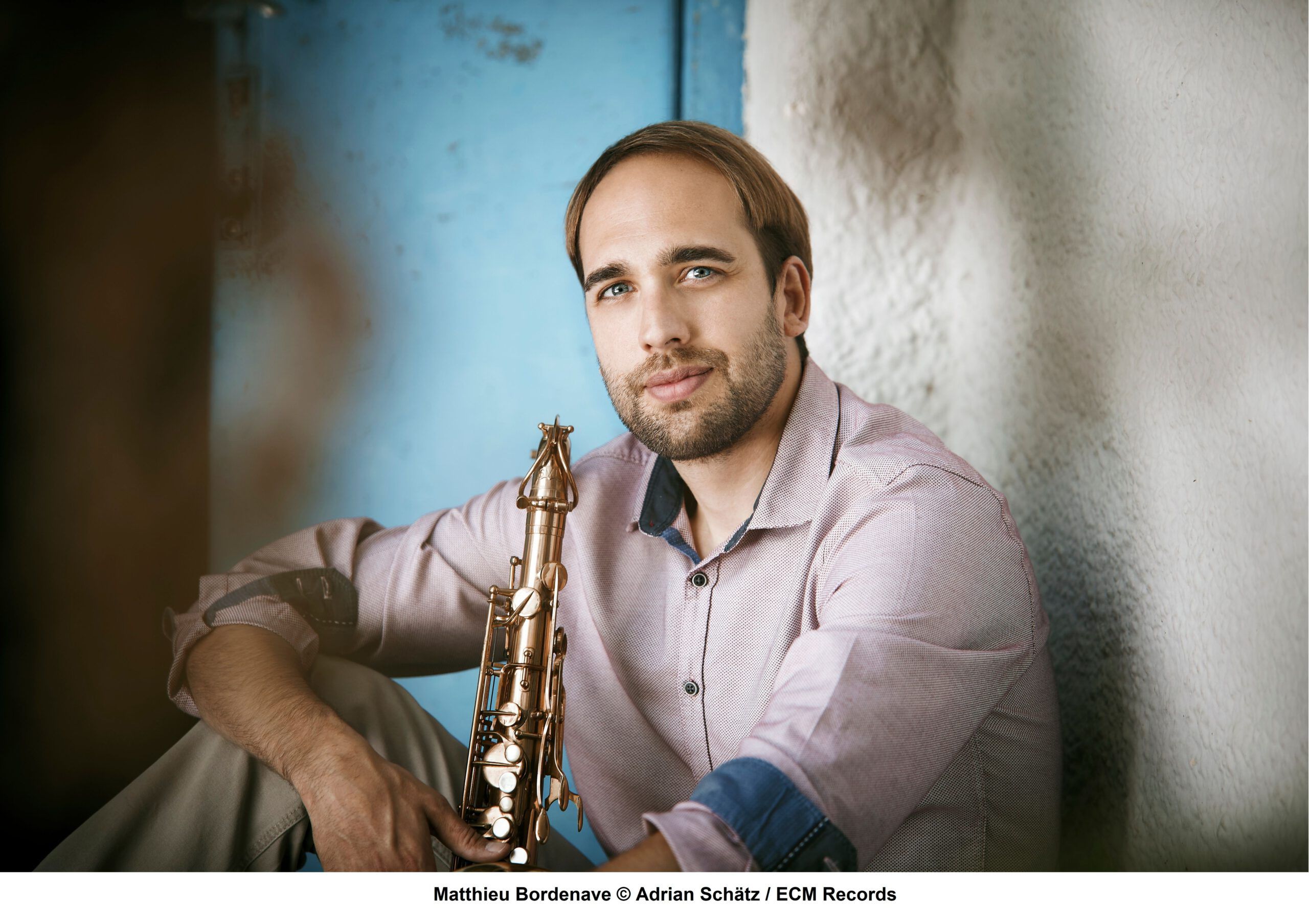 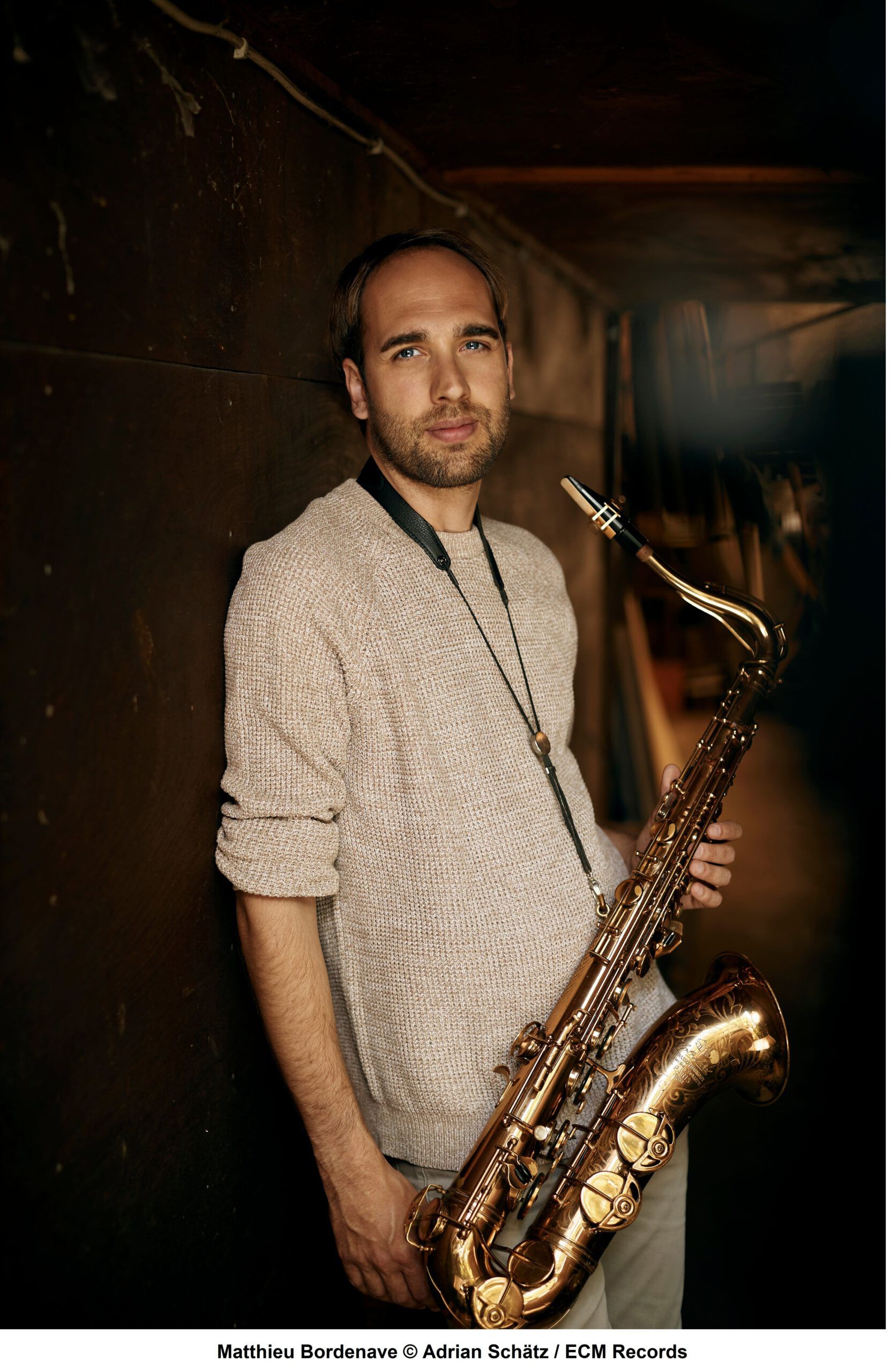 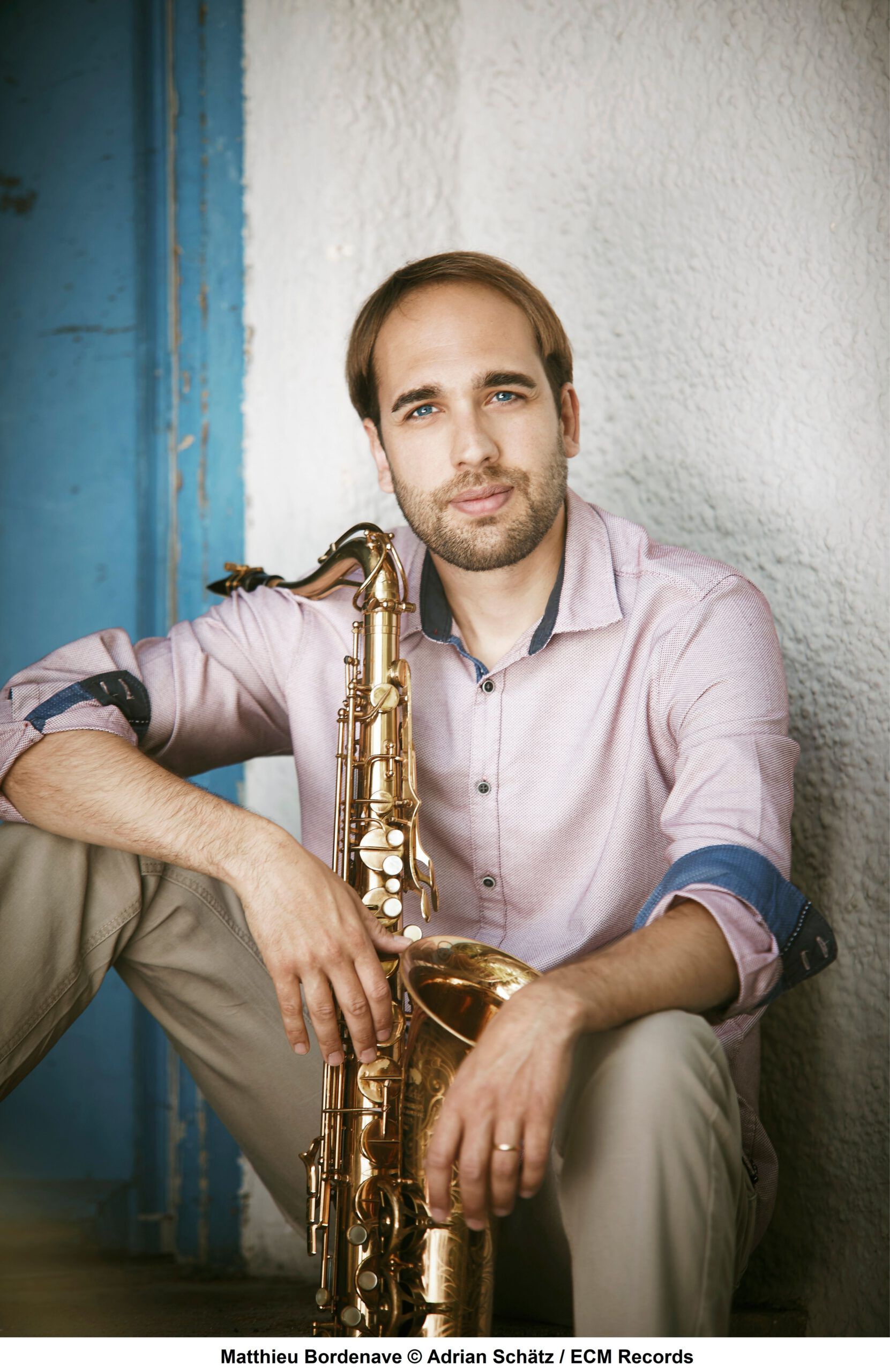 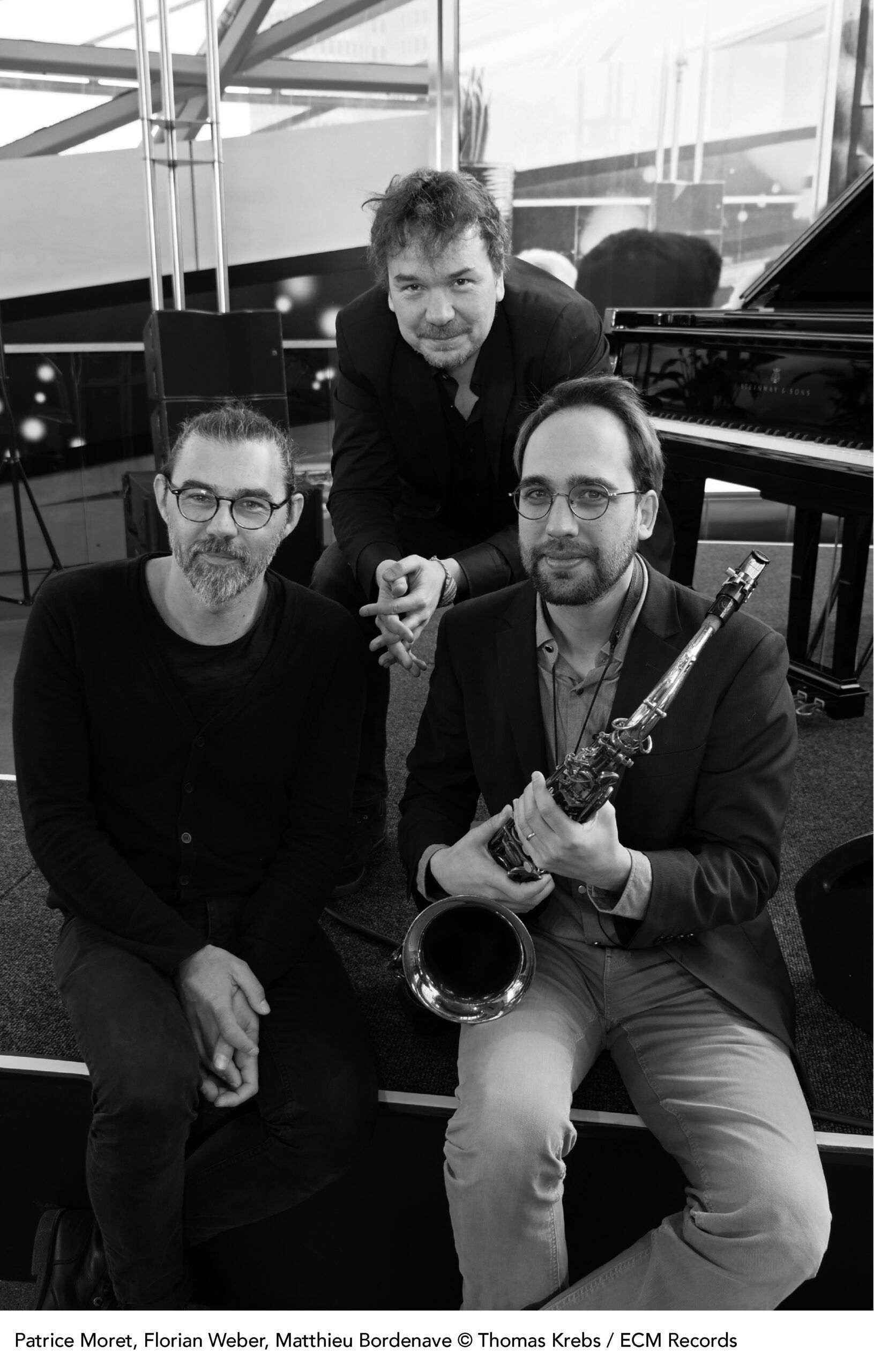 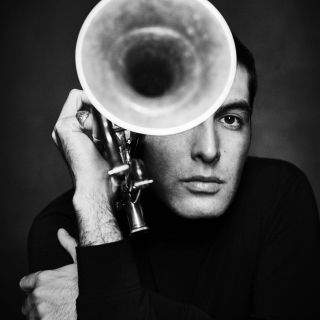 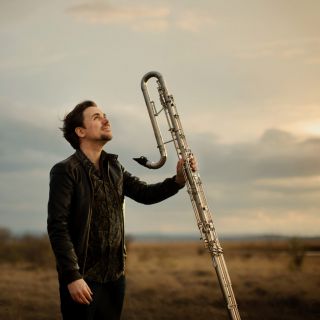 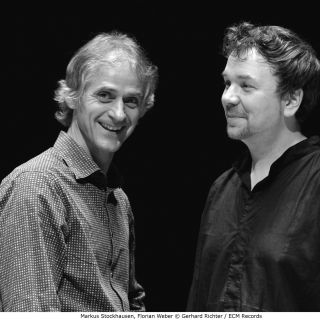