SWING! SWING! SWING! That’s the slogan of Marina and the Kats…hot grooves, dreamy melodies, jiggy guitars, a driving brush drum beat … and the voice of an utterly gorgeous and charming Marina who is just about to begin one of her Scat Solos, as always with playful ease. See fingers snip, see eyes light up … it’s whirling all over the ballroom!

Whether it is true or not, every great band needs a great band history. The story of Marina and the Kats is pretty cool – and nothing but the truth! It all started out at a party back in Graz. An evening spent together sealed the trio’s fate. That night there were vintage 7“ records spinning on the turntables, with tracks by Louis Prima, Gene Krupa, Benny Goodman, Anita O’Day … and the three had their first common epiphany: Jazz is by far THE best dance music ever.

At this moment, suddenly it all added up and Marina and the Kats were formed. For a few years now, Thomas Mauerhofer and Jörg Haberl have been creating the right musical framework for the singer and songwriter’s songs. At this point, the question was: Wouldn’t the songs sound even better if they were performed in a stylish swing outfit? They would – and in fact, they did. As the band decided to stay a trio, some members had to change roles. Marina plays the brushes herself while Jörg, the former drummer, switched to playing the bass.

In a nutshell: The smallest Big Band on the planet was born. The songs came to the three of them naturally and soon found their way onto tape. On some occasions when a little extra color was needed in the studio, friends helped them out, all of them enjoying a good reputation in their fields:  Raphael Wressnig warmed up some of the songs with his guttural gurgling hammond organ, clarinet players Herb Berger and Milos Milojevic provided for an authentic swing feeling now and then and, last but not least, violinist Klemens Bittmann lent his pervasive melodies to the calmer passages.

The resulting songs refer to swing pioneers such as the late Django Reinhardt – in “Undecided“, the trio is paying tribute to him. Speaking of cover versions: Who would have thought that the bone dry desert rock sound of Queens Of The Stone Age doesn’t loose any of its strength and rigour when recorded with a swing beat? Marina, Thomas and Jörg lead the way with this cover and provide a beautiful insight. All three are obviously having a blast doing what they most enjoy. The album was created quite fast: from September to January. It was Gregor Schneker who was contracted as producer and co-writer of the album.

For songwriter team „Zettl/Mauerhofer“ it’s always essential to work out the meaning of a song. Within the title track „small“, there are two different approaches: There’s the one describing how it can be going through life as a small person. On the other hand, Marina talks about it in a way resonating rebellion: ”Only because I am small nobody needs to think he doesn’t have to take me seriously!“

With this album, the story of the trio that started almost ten years ago has come full circle. The three of them met when studying jazz but had been doing anything but jazz throughout the past decade. In a way, The Kats have come back home – back to the genre which once inspired them to pursue a career as musicians. 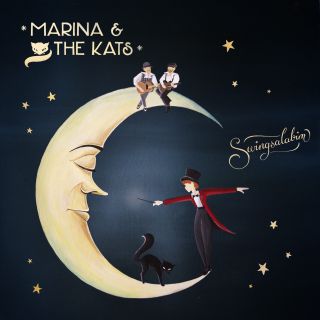 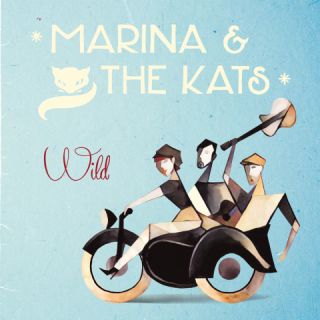 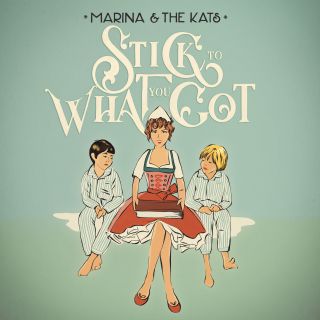 Stick to what you got (radio Edit) (Single)
jazz