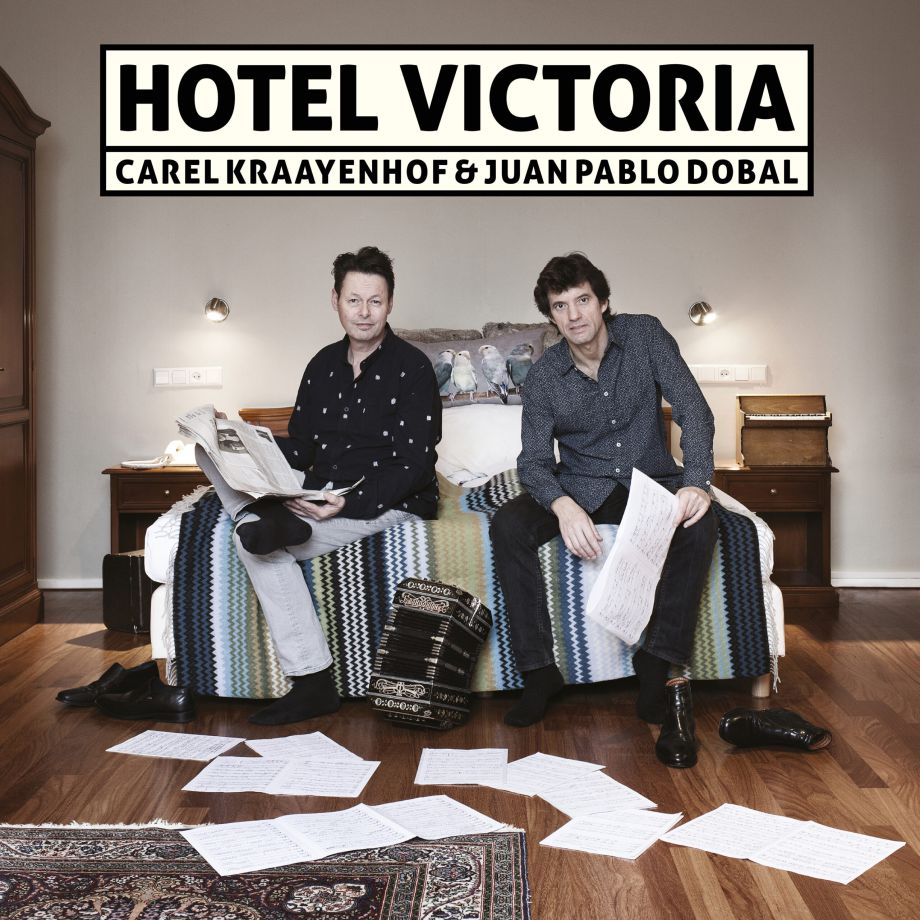 A musician’s life is a beautiful, crazy life, just like a ‘loco lindo’!

The tango which gives name to this album dates from 1906 and comes from the hands of pianist Feliciano Latasa, who named it after the famous Grand Hotel Victoria in Buenos Aires.
This famous hotel was the meeting point from many musicians and artists who were trying their luck in the big city. Who played the night before a great tango craze and one day were going to make it. The hotel is a guiding light to a traveling musician.

‘Hotel Victoria’ Duo Carel Kraayenhof – Juan Pablo Dobal.
The hotel is a guiding light in the sea of the travelling musicians. There are times in our lives that we live ‘from a suitcase’, as we move from one hotel to the other. How many evenings and nights don’t end after the concert in the dressing room of a theatre or in the hotel bar, where the bandoneón is pulled out of its case and the old hotel piano is opened once again…
And that you wake up and have forgotten where you are…
A musicians life is a crazy beautiful life, that of a ‘loco lindo’!