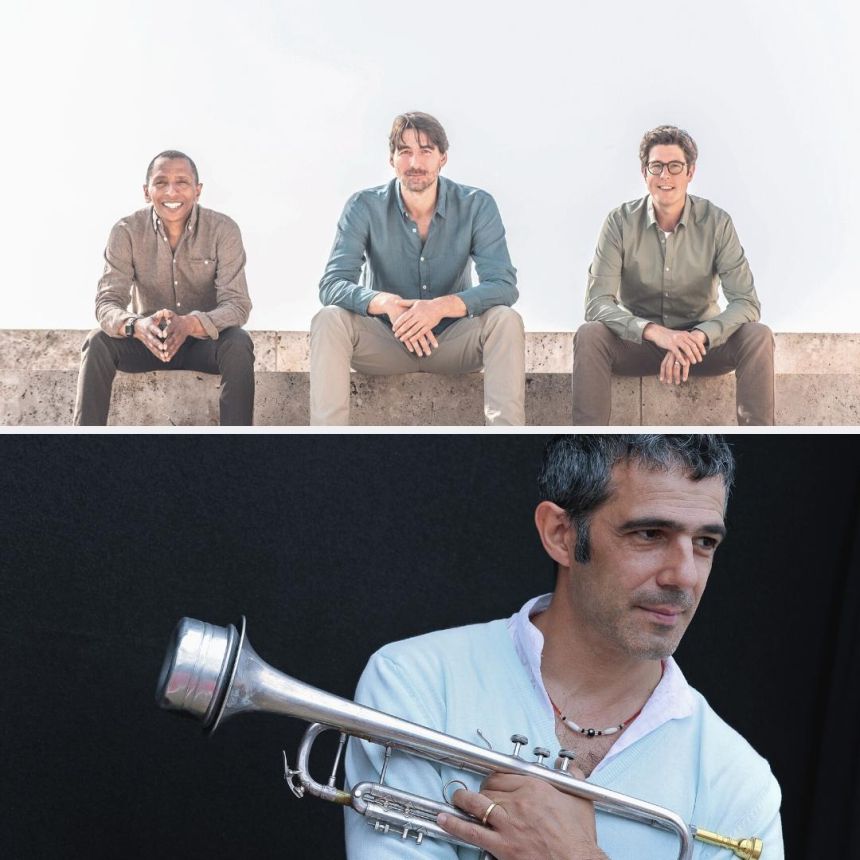 Bernhard Schüler also has the greatest respect for his guest on the newest album giulia – the legendary Italian jazz trumpeter Paolo Fresu, who plays on three pieces at once and has a decisive influence on them: “He is one of my favourite musicians,” says Schüler. “I had contacted him before, but unfortunately it never worked out. Then last year he replied to me that he wouldn’t actually enter into any collaborations, but that he found the style and vibe of triosence so great that he would make an exception. I was extremely pleased and inspired by that.”

triosence will publish their newest album giulia on Febuary 04th, 2022 and going on extensive release tour from spring 2022. They are now also bookable with featuring Guest Paolo Fresu!

Winner of a wide array of awards, professor, and director of various Italian and international institutions, Paolo Fresu has performed around the world with the most important names of Afro-American music over the past 30 years.
He has participated in over 350 recordings, some as a leader, others as a sideman, and still other projects mixing ethnic, jazz, world music, contemporary, and ancient music.
Mr. Fresu is artistic director of the Berchidda Festival Time In Jazz and – as teacher – leaded for 25 years the Jazz Seminars in Nuoro (Sardinia).
He is also involved in the production of numerous multimedia projects, cooperating with actors, dancers, painters, sculptors, and poets, as well as writing music for film, documentary, video, ballet, and theater pieces.
Mr. Fresu lives between Paris, Bologna and Sardinia. His unique trumpet sound is recognized as one of the most distinctive in the contemporary jazz scene.
He was honored with the important honoris causa degree in Social Psychology at Università Bicocca of Milano, Italy and the historical “Sigillo di Ateneo” by Urbino University.