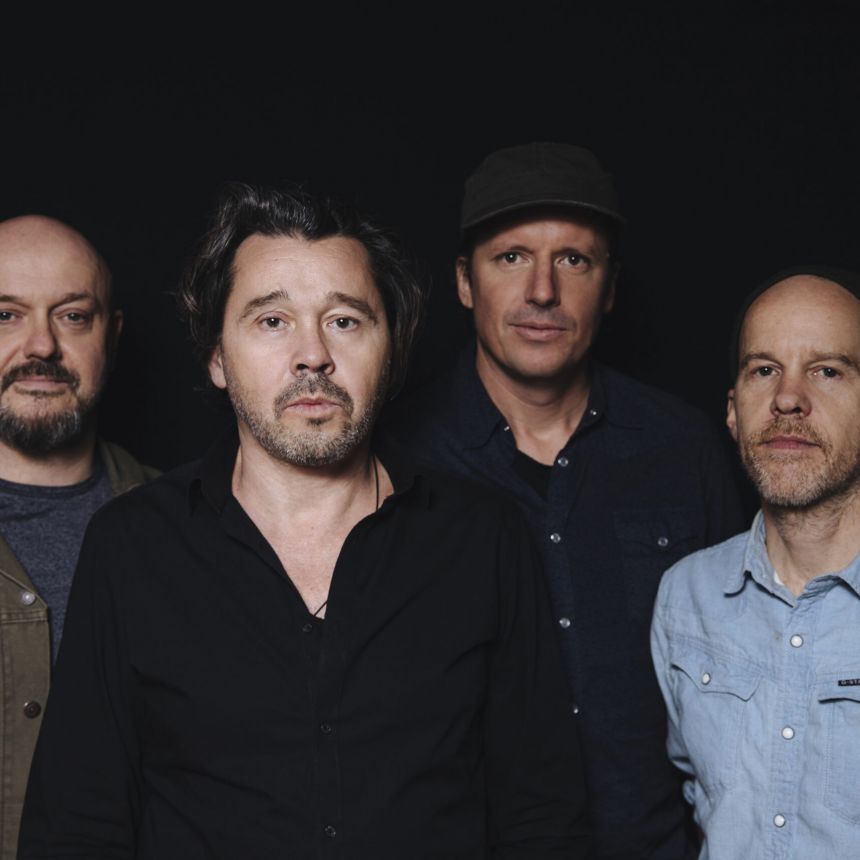 After more than 25 years of touring and numerous CD recordings, Dejan Terzic has become a highly sought-after and outstanding drummer and fixture in the European jazz scene. He has recorded over 150 CDs as a sideman, was granted several awards, i.e. ECHO Jazz Award as Best Drummer in 2014. In recent years he has begun to concentrate on his own projects. In these works he also appears as a composer of original music.

One of his own projects is “Dejan Terzic AXIOM”, where he has assembled a top-class band:
Dejan Terzić (drums), Chris Speed (saxophone, clarinet), Bojan Z. (piano, Fender Rhodes), Matt Penman (bass).
Their Debut Recording „Prometheus“ was released with CAM JAZZ Records in 2017. The new album „Silent Dancer“ will be released on May 28 2021. with their label CAM JAZZ.

“Silent Dancer” is the second CAM JAZZ album by award-winning Serbian-born drummer Dejan Terzić and his regular band Axiom. As on its predecessor Prometheus Terzic blends American jazz with European folk forms and other modern sounds, producing a sound that defies easy comparison but claims the adjective… Axiomatic. Joining Terzić again are saxophonist Chris Speed, one of the most admired instrumentalists on the present scene, pianist Bojan Zulfikarpašić, who is himself a seasoned leader, and bassist MattPenman, whose work goes beyond dependability. Together they realise Terzić’s distinctive compositions in a style that is unique and instantly recognisable. Drummer-led groups are sometimes all about the drums. This one is all about the music. “Silent Dancer” will transport you from the very opening track.
Under the supervision of music producer Ermanno Basso, “Silent Dancer” was recorded and mixed in March 2020 by Stefano Amerio at Artesuono Recording Studio in Cavalicco (UD), Italy, and mastered by Danilo Ross.