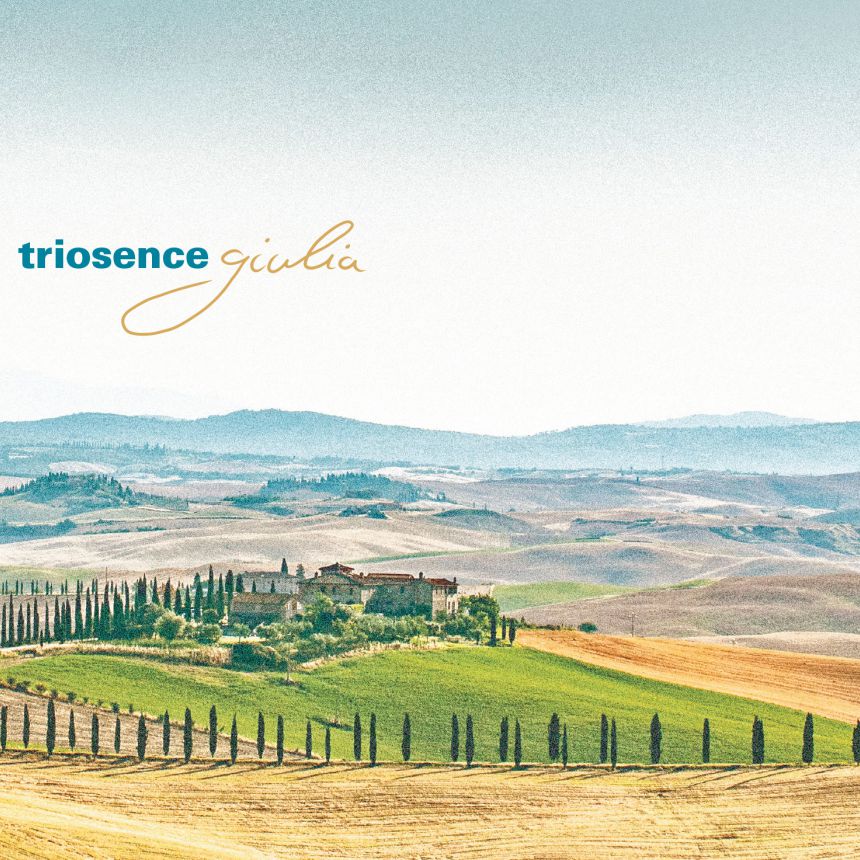 We are looking forward to the new album „giulia“ by the jazztrio triosence, which will be released on 04.02.2022 by Sony Masterworks!

On their new album „giulia“, the trio around pianist Bernhard Schüler evokes the beauty of life in eleven colourful pieces that could hardly be more diverse, optimistic and virtuosic. Special guest trumpeter Paolo Fresu also heavily contributes to the album’s sonic diversity.

An inspiring sense of “dolce vita” pervades the album, which the German-Cuban trio of Bernhard Schüler, Omar Rodriguez Calvo and Tobias Schulte recorded in the picturesque Italian region of Friuli Venezia in June 2021. „giulia“ is a musical liberation after the forced pause of the last months, full of confidence and lightness. The emphatic opposite of a time of fear, uncertainty and lethargy and at the same time a homage to the attitude to life of this picturesque Italian region, which until 2001 was still called “Friuli Venezia Giulia”. The emotional images set to music by mastermind Bernhard Schüler conjure up the happy, carefree moments of life – the physical closeness of a loved one, a trip to Tuscany or watching squirrels transform the garden at home into a madhouse.

Before the album’s release in February, three singles are still waiting to give us a taste of „giulia“.  The first single “giulia” will be released on 29 October 2021.

In addition, an extensive concert tour for triosence is already on the schedule, starting February next year!