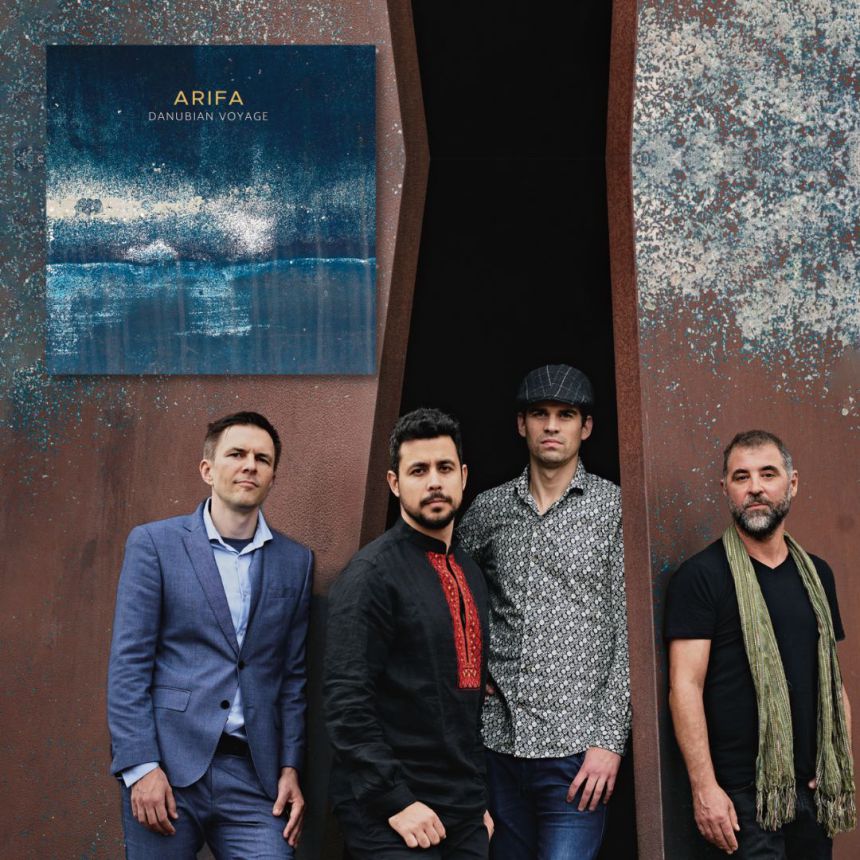 The Danube, the second longest river in Europe, rises in the south of Germany and flows into the Black Sea after almost three thousand kilometres in the east. For thousands of years, it has been used as a gateway and trade route by peoples such as the ancient Greeks, Hungarians, Turks, Dacians, Germans, Slovaks, Serbs and Bulgarians. This makes the Danubian Voyage a perfect metaphor for Arifa’s new project leading up to their fifth album. “Danubian Voyage” will be available digitally & physically in Belgium, Netherlands and Luxembourg on September 16th 2022 and in Germany, Austria, Switzerland and Poland onOcotber 28th 2022!

In its latest incarnation, Arifa reflects the natural connection between East and West symbolised by the Danube. The Amsterdam-based quartet is truly international in both background and scope. Cavalier Zhivko Vasilev from Bulgaria and cellist Bence Huszar from Hungary are (relative) newcomers to Arifa, while German-born pianist Franz von Chossy has been with the group for many years. Sjahin During, the band’s leader, is himself a cultural hybrid with a Dutch father and a Turkish mother.

More info on the release can be found here.