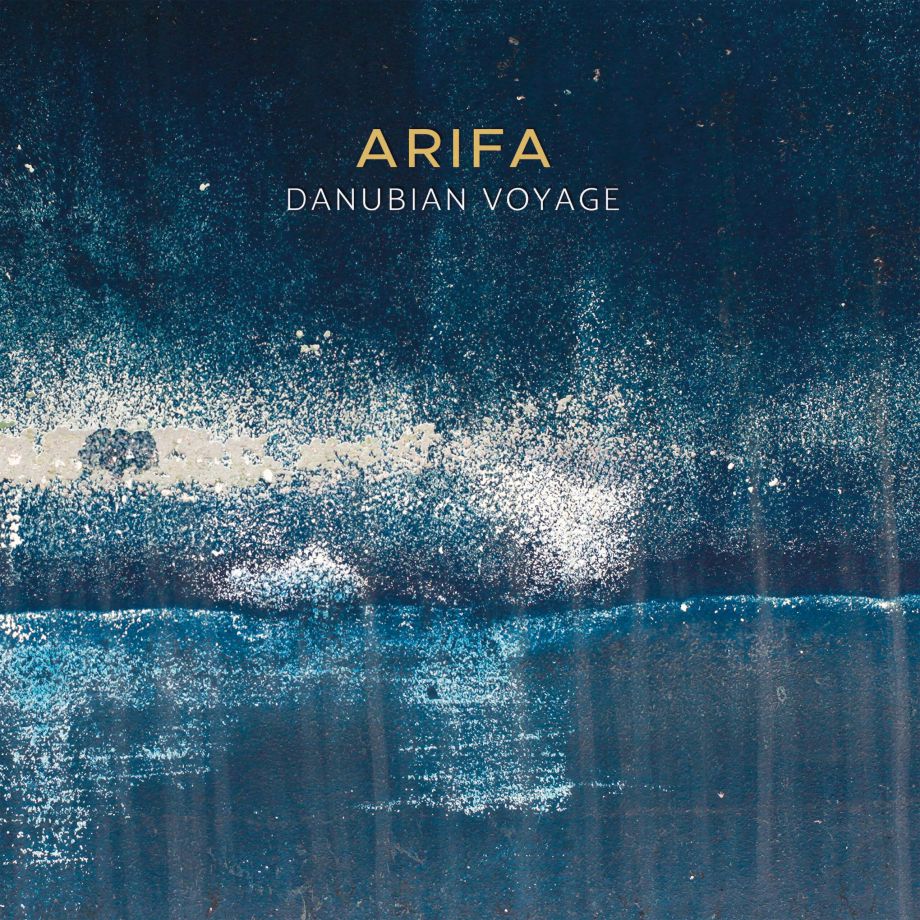 The Danube, Europe’s second longest river, rises in the south of Germany and empties almost three thousand kilometres eastward into the Black Sea. For millennia it has been used as a gateway and trade route by such peoples as the ancient Greeks, Hungarians, Turks, Dacians, Germans, Slovaks, Serbians and Bulgarians.  That makes Danubian Voyage a perfect metaphor for this new project by Arifa, resulting in their fifth album. In its latest incarnation Arifa reflects the natural connection between East and West that the Danube symbolizes. The Amsterdam based quartet is truly international in both background and scope. Kaval player Zhivko Vasilev from Bulgaria and cello player Bence Huszar from Hungary are (relative) newcomers to Arifa, while pianist Franz von Chossy, who hails from Germany, has been part of the group for many years. Sjahin During, the band’s leader, is a cultural hybrid all by himself, having a Dutch father and Turkish mother.

In Arifa’s music East and West flow together seamlessly to become a dazzling amalgam. Ancient musical traditions from the Middle East and Balkans are blended with jazz and contemporary improvised music.  The spirit of the ensemble is reflected in its line-up as well. A new addition to the sonic palette is the kaval, an end blown flute from Bulgaria that was traditionally used by shepherds to gather their flock of sheep. Its sweet and breezy sound, incredibly rich in harmonics, lured Zhivko away from his piano and accordion to focus more on traditional music. After that he went on to become the first ever kaval player to study jazz at Codarts in Rotterdam. In Bence’s family home in Hungary classical music was ever present. After his formal training he studied with Ernst Reijseger to explore experimental techniques on the cello, which helped him develop new ways of pulse based rhythmical improvisation. Franz grew up in Germany but his Ukrainian grandmother opened his ears to the East. His lucid, lyrical and impressionistic style has been a hallmark of Arifa’s music since many years. Before founding the group in 2010 Sjahin had already carved out a reputation for himself as a world-class percussionist, honing his craft the old-fashioned way: studying with masters from Cuba, Turkey, Spain, India and Africa. His percussion set contains instruments from virtually every continent.

Arifa’s four previous albums, Beyond Babylon (2010), Anatolian Alchemy (2012), Voices from the East (2014) and Secret Poetry (2019) have all been voted ‘Best World Music Album of the Year’ in the Netherlands and received fivestar ratings both locally and abroad.

“With their arrangements and compositions, they explore what unites them.” – Concerto

“Musically, they see themselves as bridge builders between Orient and Occident, with rich ingredients of traditional Turkish and Balkan sounds” – Concerto

“when you are as richly gifted with imagination and musical expressiveness as the quartet Arifa, geographical distances become meaningless” – Jazzthetik

“A successful travelogue between East and West, ethno and jazz, which once again underlines that a sound jazz education also pays off in other musical genres.” – Jazzthetik

“The music is full of details and melodies that captivate and fascinate you each and every time.” – Jazz-fun