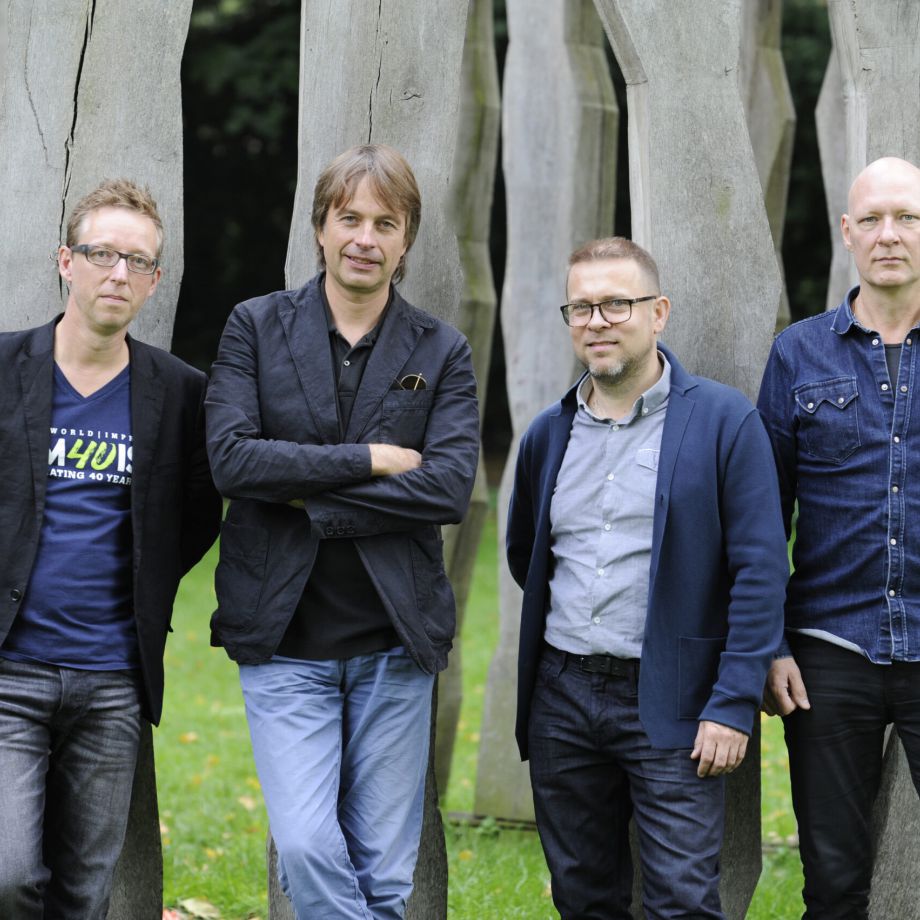 Jan Lundgren is part of a remarkable and long tradition of innovative pianists from Sweden like Jan Johansson, who passed away early, and in more recent times Bobo Stenson and Esbjörn Svensson. Lundgren has never made life easy for himself, and has always tried to utilize his phenomenal technique to enhance his musicality. His ability to integrate the most disparate musical influences into a fascinating whole is unique in itself. Whether its contemporary classical music, the inexhaustible northern folk tradition or the pulsating groove of jazz, deeply rooted in Afro-American music: Lundgren has a unique way of taking the listener on a voyage of discovery – sometimes relaxed, sometimes
utterly invigorating – through his highly individual soundscapes.

Jan Lundgren was born in the South of Sweden in 1966. His first serious lessons were already under way at the age of five… in the form of both piano and tennis lessons. He proved particularly talented at both, and some were convinced by the time he was a teenager was that he would become the new Adolf Wiklund, whereas others were already hailing him as a new Björn Borg. It is to the good fortune of jazz fans that Lundgren decided  to go with music in the end. As might be expected, his first musical explorations were in the classical realm, but once he found out about jazz – rather accidentally and much later – he found that this newly discovered world was very much to his liking and the one that he really wanted to immerse himself in.

He went on to study at the renowned Malmö Academy of Music when he was 20. According to a story which often makes the rounds, he was accepted on the condition that he would also take up the position of pianist in the well-known Monday Night Big Band. He was soon playing with all the best-known jazz musicians in Sweden, from his mentor Arne Domnerus to Putte Wickman and Bernt Rosengren. But he also travelled to the USA regularly from an early stage (and still does so to this day) to work with legends such as Benny Golson or Johnny Griffin. Thanks to his outstanding technique and his classical grounding, Lundgren quickly acquired an encyclopaedic knowledge of the tradition of American jazz piano, and was soon cognizant across all styles from early to modern jazz. And this was all put to good use as raw material from which to create his own music, as became apparent quickly.

Lundgren’s highly acclaimed debut album “Conclusion” was released in Sweden in 1994, and a year later he founded his own trio with fellow students Matthias Svensson on bass and Rasmus Kihlberg on drums (from 2000 on the drummer was Dane Morten Lund, and from 2007 the Hungarian Zoltan Csörsz). The trio didn’t have to wait very long for a breakthrough: the album “Swedish Standards”, released in 1997, became a best-seller and its success proved to be durable. The album made it into the Swedish pop charts and – with a re-release in 2009 – became something of a standard in its own right. Six additional, award-winning and commercially successful albums with this line-up followed in the years up until 2003. The trio’s intensive touring activities culminated in a concert at Carnegie Hall in New York in June 2000. This was in the context of “Swedish Jazz Salutes the USA”; it made Lundgren the first Scandinavian jazz pianist to perform in this hall, which is so steeped in history.

The immensely hard worker that he is, Lundgren always has other projects underway, and he throws himself into them whole-heartedly. To date, Lundgren has recorded more than 50 albums under his name or as co-leader for high-profile labels (from 2005 to 2009, and again since 2014 he has recorded exclusively for ACT), plus dozens more as accompanist. He has worked with almost all of the important Swedish musicians and with numerous international jazz stars such as Mark Murphy, Harry Allen, Lee Konitz and Stacey Kent. He has also produced several CDs himself. In 2010 Lundgren founded the “Ystad Sweden Jazz Festival” in the southern Swedish town, where he’s been  living since 2005 and which is known worldwide as the setting for Henning Mankell’s Wallander TV crime series. The “Ystad Sweden Jazz Festival” quickly became established as one of the most important jazz festivals in Europe. Lundgren maintains strong ties to it as its artistic director.

As a pianist and composer, Lundgren has been one of the pioneers in the process of emancipating European jazz from American jazz and has set the direction for the generations that have followed him. His playing combines several things: the virtuosity, the way of shaping sound and an awareness of form which are typical of European classical music; a conscious memory of his own folk music traditions; the canon of American jazz; and the unfettered joy of improvisation. This makes him an ideal person for all kinds of music-making across genres, and the list of activities is impressive. It includes work with the classical trumpeter Hǻkan Hardenberger on creating an exciting blend of modern classical and free music. There’s also been an interdisciplinary experiment with the Swedish writer Jacques Werup. Lundgren has focused on Renaissance sacred music with bassist Lars Danielsson and the Gustaf Sjökvist Chamber Choir in “Mare Mysterium”. There has been a tribute to the pianist Jon Johansson who died far too young. Johansson was a pioneer who combined jazz and Swedish folklore in a specific “Nordic sound” and thus is an overtly acknowledged and direct role model for Lundgren. This was recorded and released as “The Ystad Concert – A Tribute to Jan Johansson” in 2016. Lundgren has also been involved in centenary tributes in major European concert halls to the great musical polymath Leonard Bernstein.

To some extent, the project which defines the quintessence of Lundgren’s activity is the “Mare Nostrum” trio. One critic has called it “Europe’s first supergroup” and there is quite some truth in that. Lundgren’s way of making music is stylistically versatile and adaptable, to create space for things to happen, and always to be melodic. In this approach, he ideally complements the Mediterranean sound worlds of the Sardinian trumpeter Paolo Fresu and the French accordionist Richard Galliano. The debut album of this collective of equals, released in 2007, has sold more than 50,000 copies, making it a huge success in the context of jazz. Since that first release there have been two more releases by the trio, each one recorded in a different home country of one of the three musicians. The most recent, “Mare Nostrum 3” appeared in January 2019. The three albums constitute a brilliant trilogy from these great poets of music. Together they have redefined where European jazz is. It is a project through which Jan Lundgren has reinforced his profile and his significance: he’s in effect one of the co-founders of a “Great European Songbook”.

One would like to live in Jan Lundgren’s jazz house. The Swedish pianist is a universal sound architect who combines tradition and modernity. His understanding of jazz fuses American architecture with European style. Lundgren playfully combines the best of both worlds, creating a multi-layered building with fascinatingly designed rooms, cosy corners, clear design, nostalgic memorabilia and a loft with room for improvisation. Change and renewal without forgetting the past has determined Lundgren’s work from the very beginning. The “Potsdamer Platz” is therefore a fitting image and a sounding business card for this jazz concept.

He is “a man who can do just about anything,” the dpa recently wrote about Jan Lundgren. His roots in the American jazz piano tradition, which brought him together with traditional jazz musicians like Harry Allen and Scott Hamilton, is his origins. The tonal language of his Scandinavian homeland pervades his playing, as does (classically well-trained) Western art music. Swing, Nordic vemod and impressionistic esprit stand side by side with Lundgren as a matter of course.

The transfer of European musical traditions into classical jazz can be experienced in the most diverse forms with Lundgren: With “The Ystad Concert” he follows in the footsteps of Swedish jazz icon Jan Johansson and leaves new footprints. His “European Standards” show that jazz has long since migrated from the USA and become a young cultural asset of the Old World. And with the Sarden Paolo Fresu and the Frenchman Richard Galliano, Lundgren traces the sound of Europe with the Mare Nostrum project.

With “Potsdamer Platz”, Lundgren is now consistently following his path: every piece, right up to the last, was written by him. He lets his personal sounds swarm out and be taken up by a dream cast, this time a quartet, thinking anew and enriching it stylistically. “That’s what it was all about for me,” says Lundgren, “to interactively make my pieces into something new together with these musicians, my favourites. I liked to make concept albums, but here the concept came about of its own accord afterwards, so to speak.”

These favourites are, on the melodic side, the great Finnish alto saxophonist Jukka Perko, and in the rhythm section, for one Morten Lund on drums, who last played with Lars Danielsson and Marius Neset, but was already in Jan Lundgren’s trio in 2000.
Another fellow countryman and old acquaintance is bassist Dan Berglund, although Lundgren has never played with the former Esbjörn Svensson Trio member, who was a good and exclusive member. “I had this line-up in my head for a long time. Four years ago we met at the festival in Milan and agreed on the project,” Lundgren remembers. As is often the case, it took a while before it was realized, but in this case it was worth the wait: quartets with such fantastic harmony are rare.

Even in the beginning, the four were joined at the hip: the title piece “Potsdamer Platz” is bursting with joy of playing and positive energy. Ballad No. 9 then reflects the other end of the album’s emotional spectrum. With its beautiful melody it shows what a sensitive songwriter Lundgren is. “Lycklig Resa”, the Swedish classic, which starts lyrically but quickly develops an incorruptible groove sounds “Sophisticated”, as the Americans call this extremely cultivated way of making music. With “Twelve Tone Rag” it becomes virtuoso and tricky: the supporting melody is actually built on a twelve-tone scale and inserted into a rapid bebop frame. Whether it continues melancholically romantic (“On The Banks Of The Seine”) or feverishly funky (“Bullet Train”), whether Eastern European music is transformed into folk jazz (“Dance Of Masja”) or attitude is shown (“Song For Jörgen”, a tribute to Lundgren’s former, early deceased university teacher Jörgen Nilsson, a key figure of Southern Swedish jazz) – the nonchalance and lightness that pervades this album always inspires.

But nobody can accuse Lundgren, his companions or the album of not taking any risks. Everyone bravely throws themselves into the waters, tries things out, risks everything, but without ever becoming “difficult”. With these masters, it simply fits as if by magic, just as elegantly as the album came to its title. “I didn’t have a name for this piece or for the album. We recorded in the Hansa-Studios right at Potsdamer Platz, and when I woke up one day in the hotel, I suddenly had it: ‘Potsdamer Platz’ fitted perfectly to this metropolitan hopping theme, to the march-like funk, to this not exactly ‘beautiful’ demonstration of power. If Potsdamer Platz stands for the new Germany in a certain way, as a title here it also stands for something positive, for the positive power that music should always radiate for me; for a new beginning, for something moving.” In fact, according to the feeling of the four musicians, something belonging together has grown together within Lundgren’s quartet. 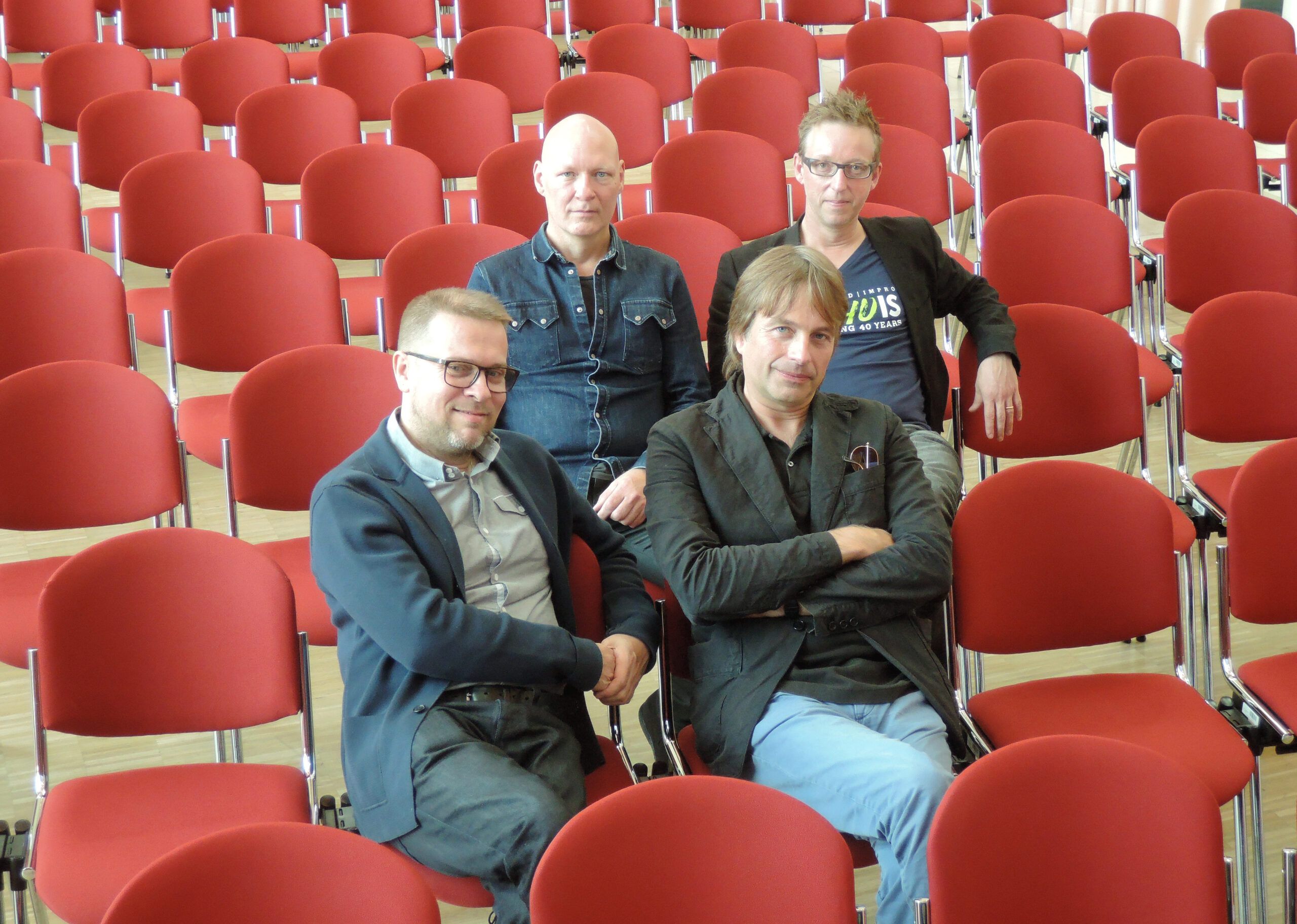 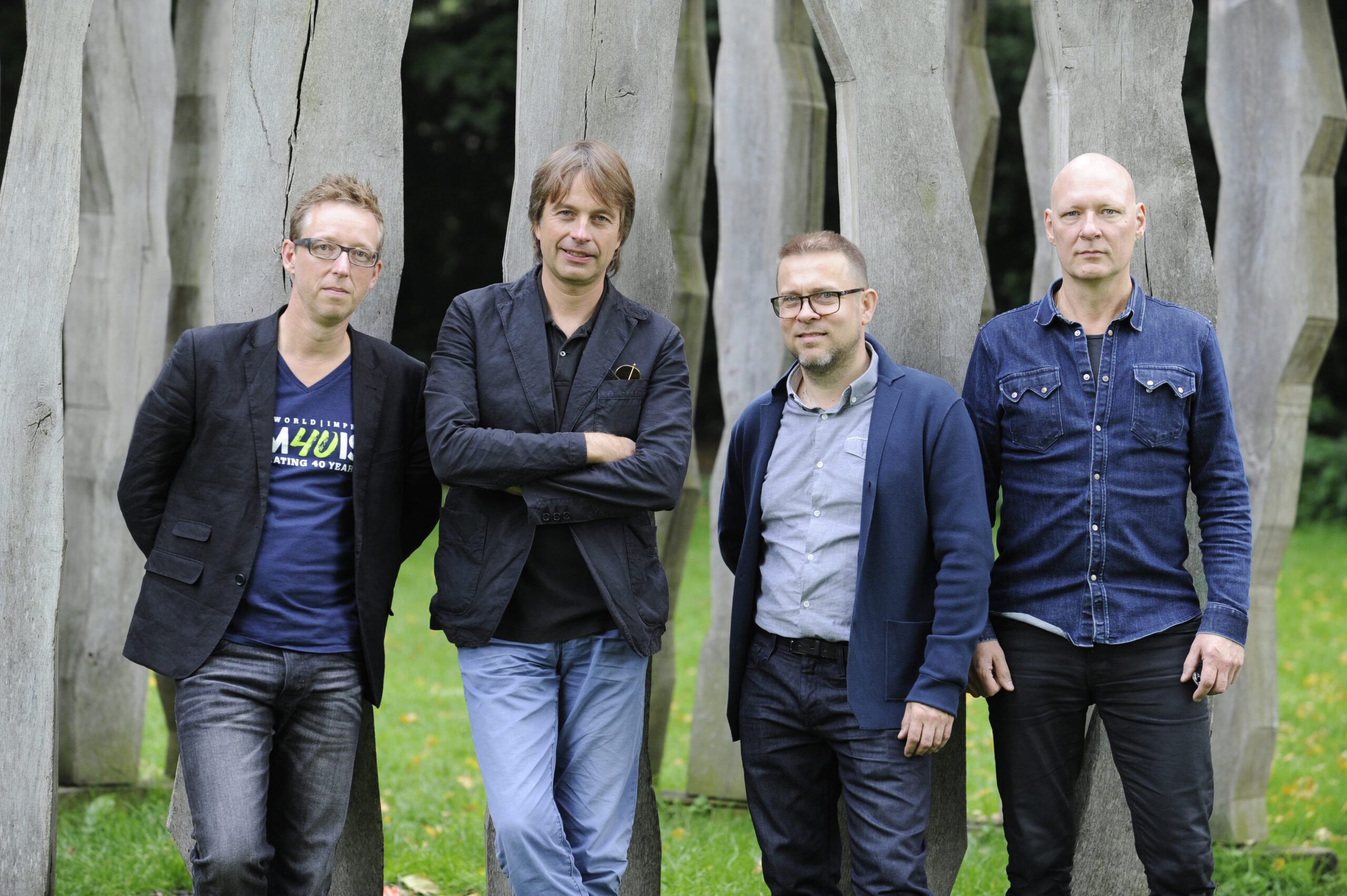 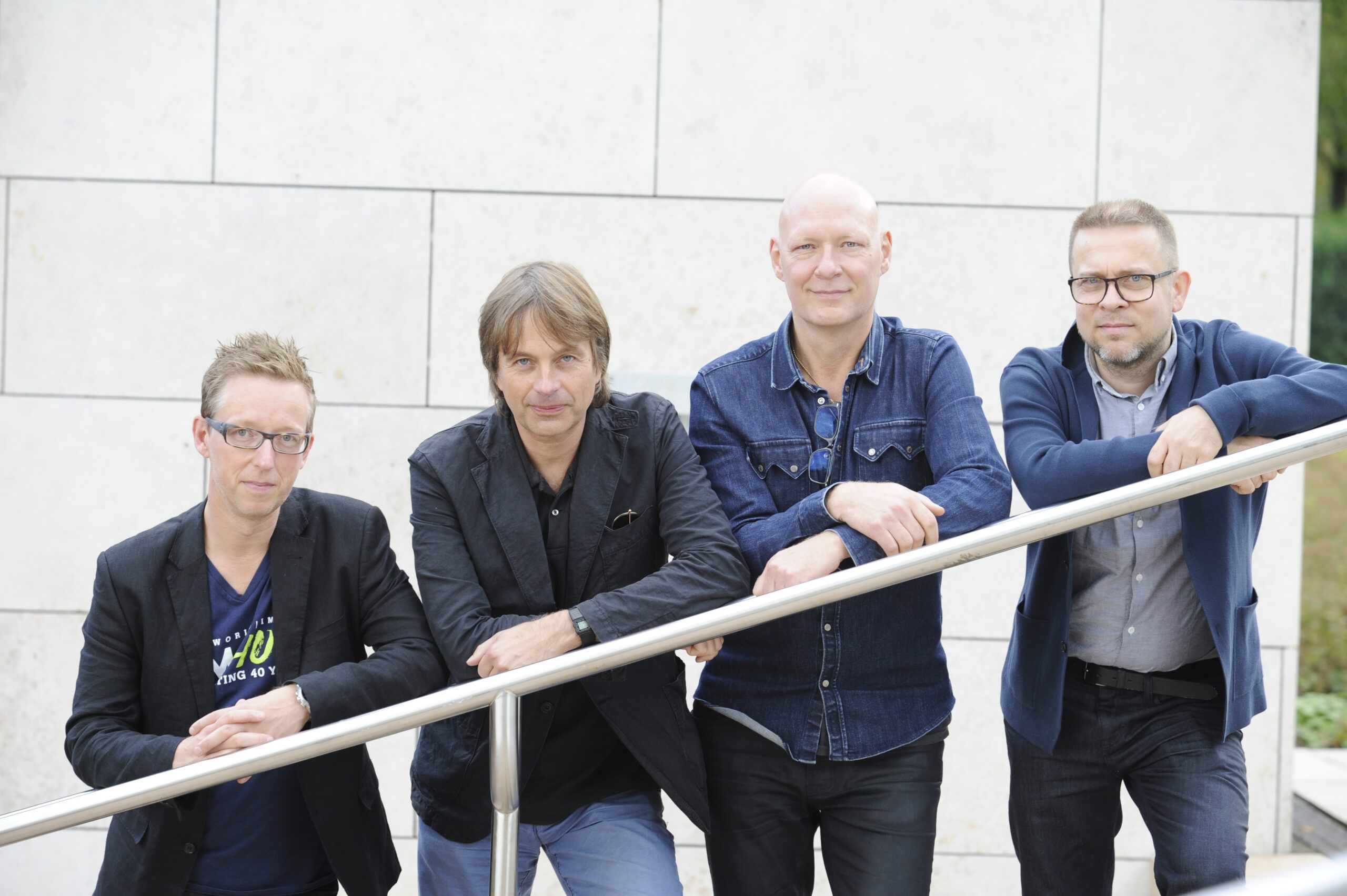 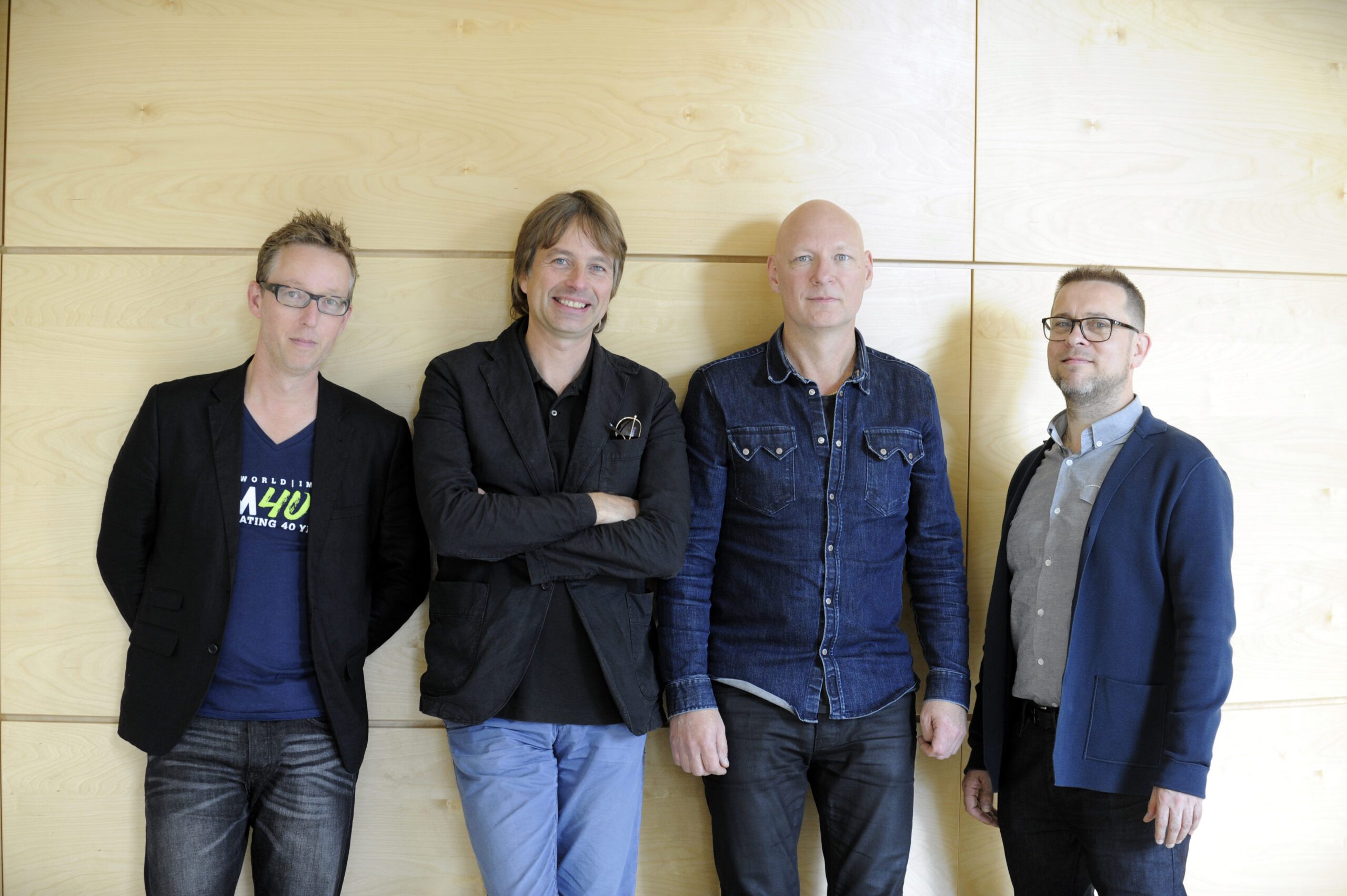 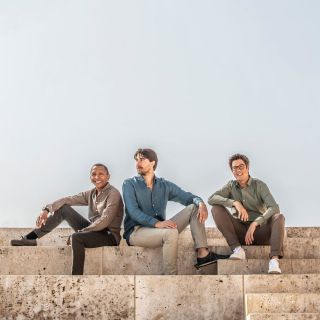