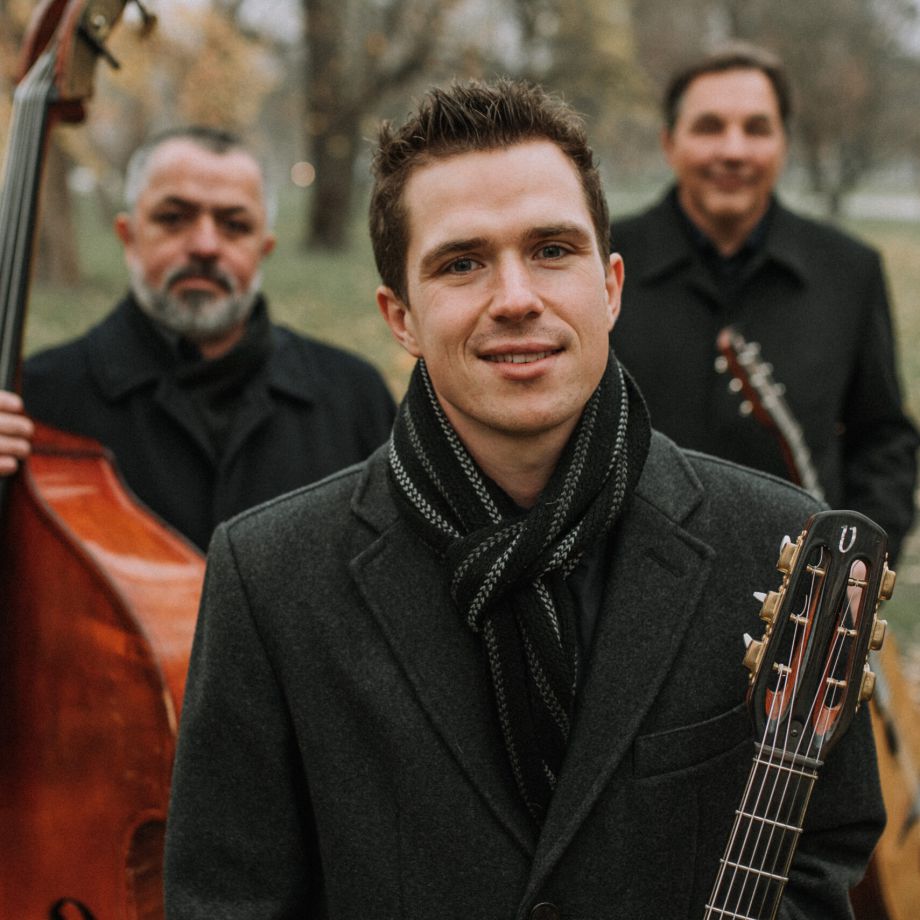 Three years ago, the then 17-year-old Gipsy from Vienna achieved complete success with his debut album “Rubina” (City Park, O-tone Music, Edel Kultur). Certified with Austria’s most important award in that genre, the Hans-Koller-Preis, he has appeared on radio and tv-shows since then. More or less strongly frequented Clubs have given way to big sold-out concert halls like Munich´s “Prinzregententheater”, and live appearances in France, Germany, Great Britain and Luxembourg have become part of the ensemble’s routine. Now, young Schneeberger pays tribute to one of the great celebrities in jazz: guitarist-legend Django Reinhardt. Just in time for Django Reinhardt´s 100th birthday, Diknu Schneeberger released the album “The Spirit of Django”.

A father is making music and wants to pass on his talent to his 14 years old son and gives him a guitar. The teenager starts playing the instrument and has fun. He takes lessons. A year goes by and his father includes him to his own band as a rhythm guitarist. One year later he’s playing as the lead guitarist and another year later his own trio starts. In the same year the young sinti is playing concerts across the country and is awarded with the Hans Koller prize, the most important music award in the country as “Talent of the Year”.

We are talking about the 18 years old Viennese Diknu Schneeberger, who was first going to work as a tiler. Diknu is a rising star on the guitar heavens. The young musicians united the virtuosity and rhythmic precision of Gypsy jazz with his very special feeling for melody and sound. His trio plays fast gypsy Swing, lovley standards, interesting orginals, Django Reinhards best compositions, but also his descendants – Stochelo Rosenberg, Bireli Lagrene or Romane.

„The only 17-year old guitarist Diknu Schneeberger is definitely the discovery of Gypsy Swing per excellence these days.” Jazz Corner

„It’s good to know that there are also true talents among the under-20-years-old, not only prospective popstars.” Melodie & Rhythmus

„A trio that, on the one hand, sounds like absolutely smart professionals which are at home in all alleys of gypsy swing since time immemorial. Which, on the other hand, radiates such a stunning, enthusiastic freshness, a trio, which combines solid trade with great elegance, joy to play and inventiveness. […] “Rubina” is actually only comparable to one album of gypsy-swing-métier: to the sensational debut album of at that time 14-year-old Birélie Lagrčne. In this respect the following quotation of the booklet can only be confirmed: ‘An absolute exceptional talent, a rising star in the guitar-sky’.”  Akustik Gitarre

“Finger-licking, steeped in beautiful melodies, characterised by a crystal-clear sound and interspersed with inspired improvisations.” Jazzthing

„A very young person of 17years with exceptionally gifted, almost divine capability has risen like a comet towards the musical firmament! An exceptional talent, yes, a young genius, exploded like a supernova.” Jazz Podium

„Apart from that Schneeberger presents himself as an astounding sublime master of his acoustic instrument, […]. His musicality is unmistakable, his talent immense.” Jazzzeitung

„Once again a comet of teeny-age appears in the gypsy-guitar-sky and once again we marvel at the racy play, at the clear sound and at the reliable sense of style with which a young Sinti opens the tradition of gypsy-swing for current influences.” Stereo

„Another talent at the Leverkusener Jazztage: Diknu Schneeberger, 17-year-old Sinti from Vienna, amazes with stunning technique in his trio’s gypsy-jazz-style and shows with songs like Chick Coreas ‘Spain’ how smart and awesome he knows to play the guitar by now.” Westfälischer Anzeiger

“The outstaning figure of the Gypsy Night is Diknu Schneeberger. The only just 20-year-old guitar player from Vienna who already 3 years ago was awarded the Hans-Koller-Price is not at all a epigone of the big Django Reinhardt. In his year of anniversary Schneeberger kindles the embers of his hits “Minor Swing”, “Nuages”, “Django’s Waltz” and the Gypsy-hymn “Sweet Goergia Brown” with own ideas to new fire.” Badische Zeitung

“Quick and precise, thereby accurate in every detail and with a pressing rhythm: Diknu Schneebergers guitar play is brilliant.” Münchner Merkur

“Finally in the focus of Diknus filigree guitar method which is always fascinating but never drift off narcissistic and soulless virtuosity but rather regular continue emotional and sentimental.” Musikansicht

“And if you already were sold on the virtuosity of the young guitar player in his first album “Rubina”, you also will be amazed at the Gypsy Jazz Freak.” herrenzimmer.de

“Moving with a certainty of a sleepwalker Diknu Schneeberger dances and hovers above the strings of his sixstring acoustic guitar. A delight to hark him.” CDStARTS.de

„Racy Gypsy Swing, how can one play guitar so well with 17 years?“ Tools

Three years ago, the then 17-year-old Gipsy from Vienna achieved complete success with his debut album “Rubina” (City Park, O-tone Music, Edel Kultur). Certified with Austria’s most important award in that genre, the Hans-Koller-Preis, he has appeared on radio and tv-shows since then. More or less strongly frequented Clubs have given way to big sold-out concert halls like Munich´s “Prinzregententheater”, and live appearances in France, Germany, Great Britain and Luxembourg have become part of the ensemble’s routine. Now, young Schneeberger pays tribute to one of the great celebrities in jazz: guitarist-legend Django Reinhardt. Just in time for Django Reinhardt´s 100th birthday, Diknu Schneeberger released the album “The Spirit of Django”.

Having fascinated people by his first album “Rubina” already, Diknu´s virtuosity on his second album amazes anew. Five compositions were written by Django Reinhardt himself, who Diknu comments on: “Django Reinhardt is a real genius. I’ve never listened to a guitarist with so much sensitiveness in melody and rhythm. […] Django Reinhardt is my big role model.”

But Django is not Diknu´s only hero: “Yes, Django has many good successors. Stochelo Rosenberg has highly influenced my manner to play and is also one of the best guitarists in Django’s style. Biréli Lagrene is a great master in many different styles, I admire his creativity – he’s also a real successor [of Django Reinhardt] for me.”

Diknu combines a perfect technique with an easy abandon, and a natural feeling for melody with virtuosity! A light Latin-groove here and there proves congenial to his Gypsy sound. The ensemble playing with Vienna´s famous jazz guitarist Martin Spitzer and his father Joschi Schneeberger on upright bass has become more precise and more natural – there’s no better way of playing Gypsy jazz! In terms of music, Diknu Schneeberger´s trio has developed incredibly. For making his mark and preparing the foundation for his trio, Diknu is presenting his album extensively on international stages all around the world.

With his first album “Rubina”, Diknu has become more mature in musical respect. For everything he does, Diknu gets support from his family, where other musicians have emerged from, apart from Diknu and his father. But what is it like to grow up in an artist family, Diknu?
“It’s great! I guess a big part of my musicality results from my youth when I listened to my father´s rehearsals and to music in general. We always used to play music at home.“ Yes, we believe his answer, when asked how he’s doing: „Thanks, I feel excellent!” 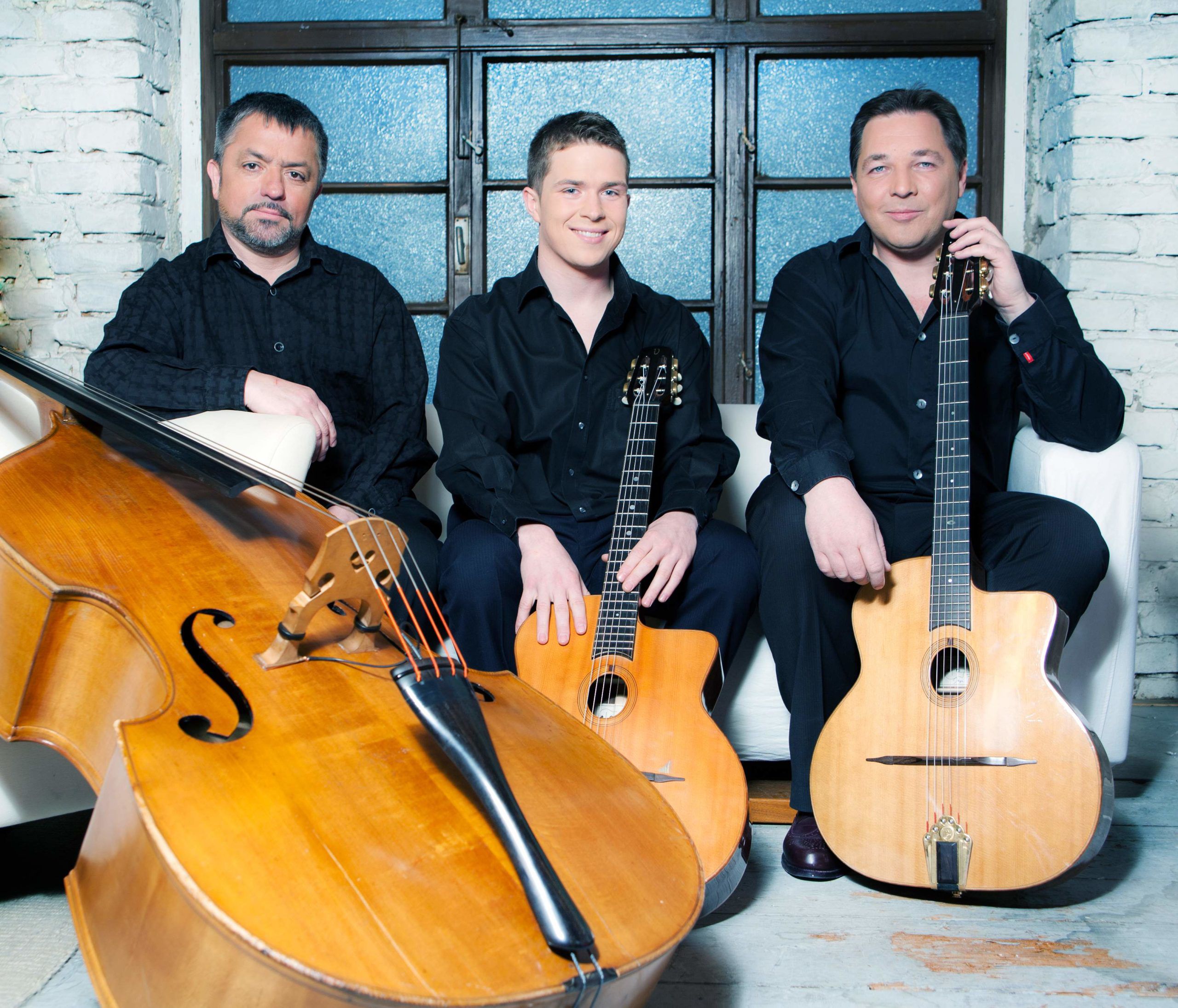 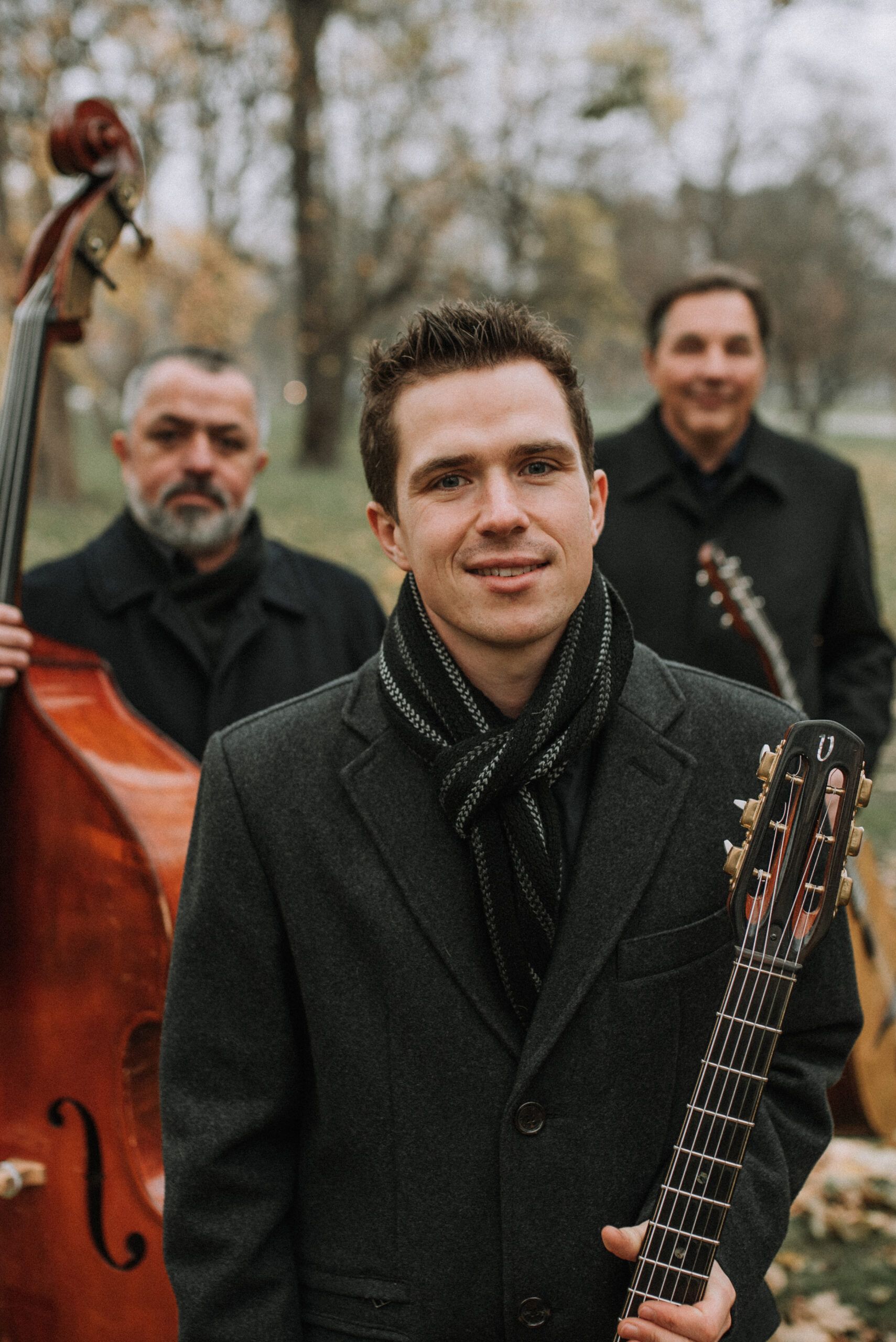 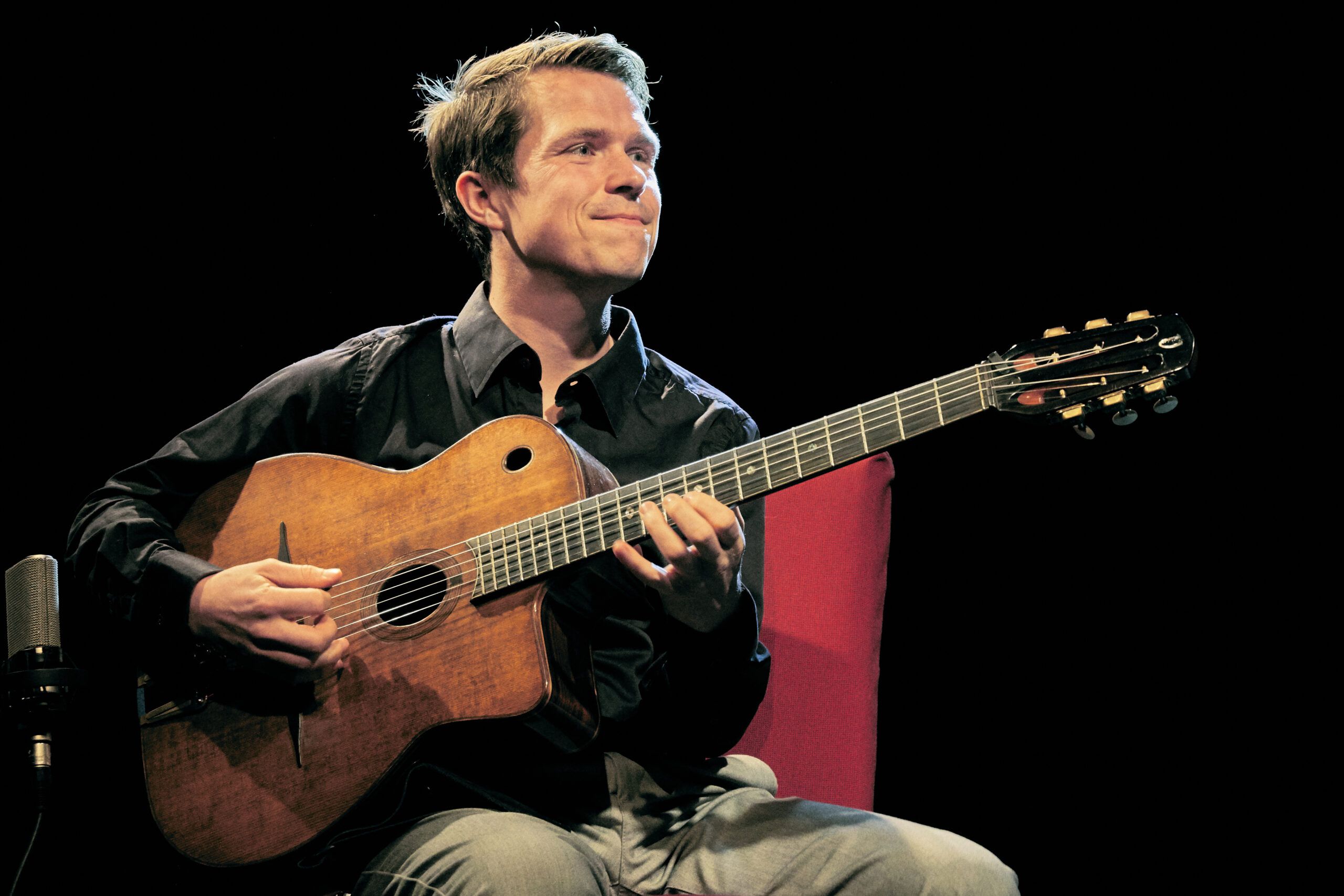 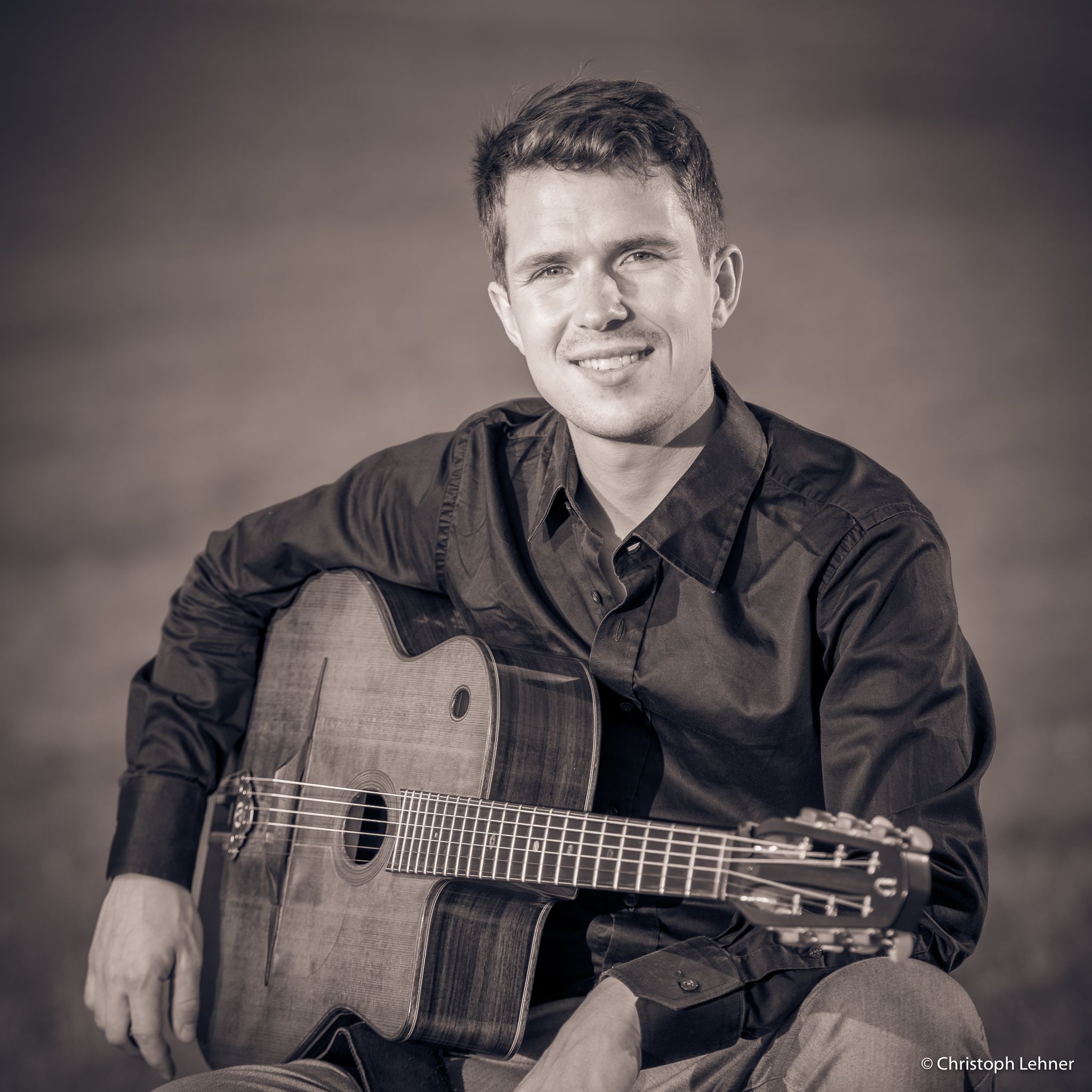 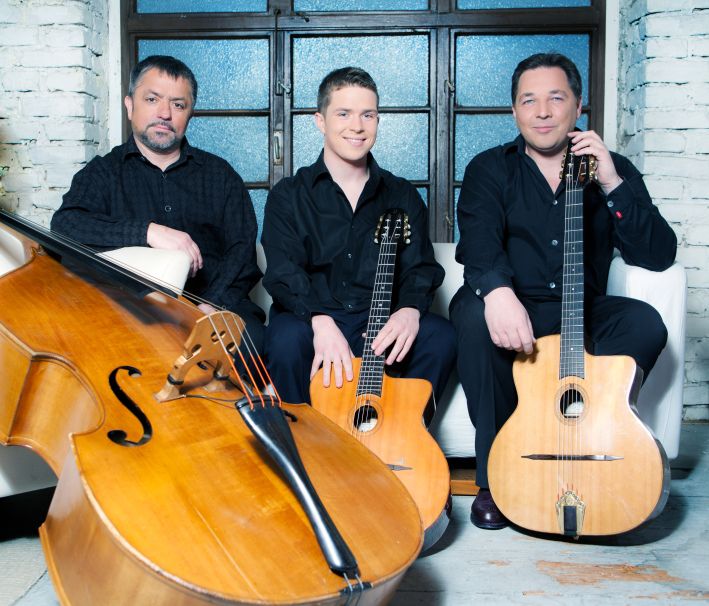