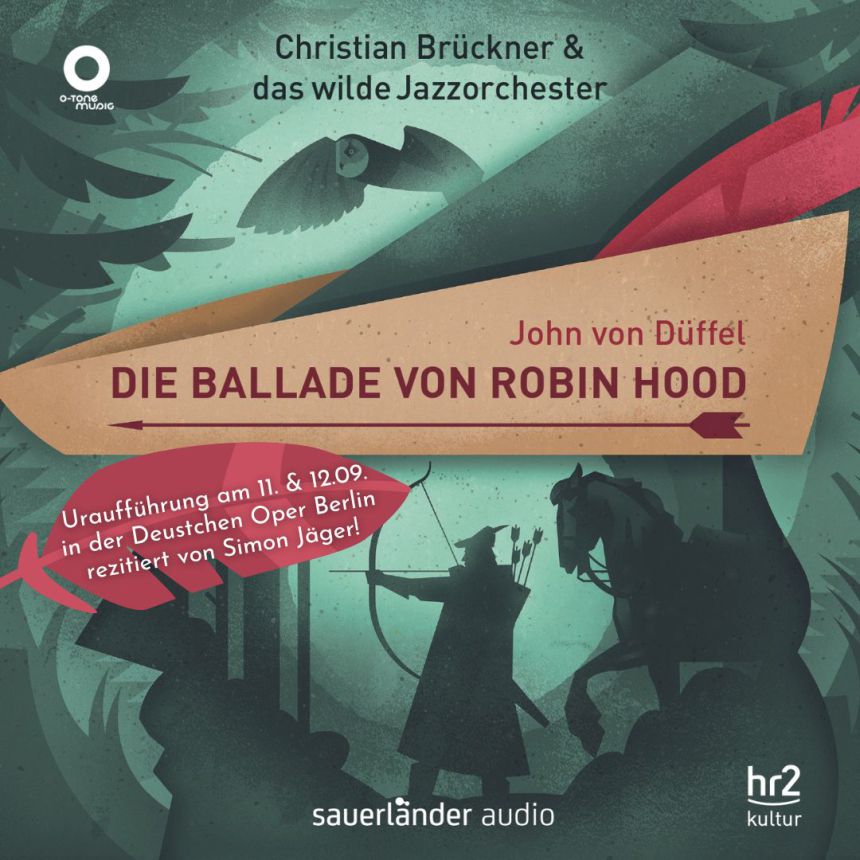 On 28 August, the family storytelling concert ” Die Ballade von Robin Hood” was broadcast for the first time on the radio station hr2. Now you can experience the production live as a stage premiere!

That jazz music is not just something for adults has already been impressively demonstrated by “Das wilde Jazzorchester” with an adaptation of “Dschungelbuch“. The composer Martin Auer and the musicians of the Deutsche Oper Berlin Orchestra have now turned their attention to another children’s classic.
In condensed form and concentrating on the core of the story, John von Düffel resurrects the story with Martin Auer’s multi-faceted music as the Ballad of Robin Hood.

You can get more info and tickets here.