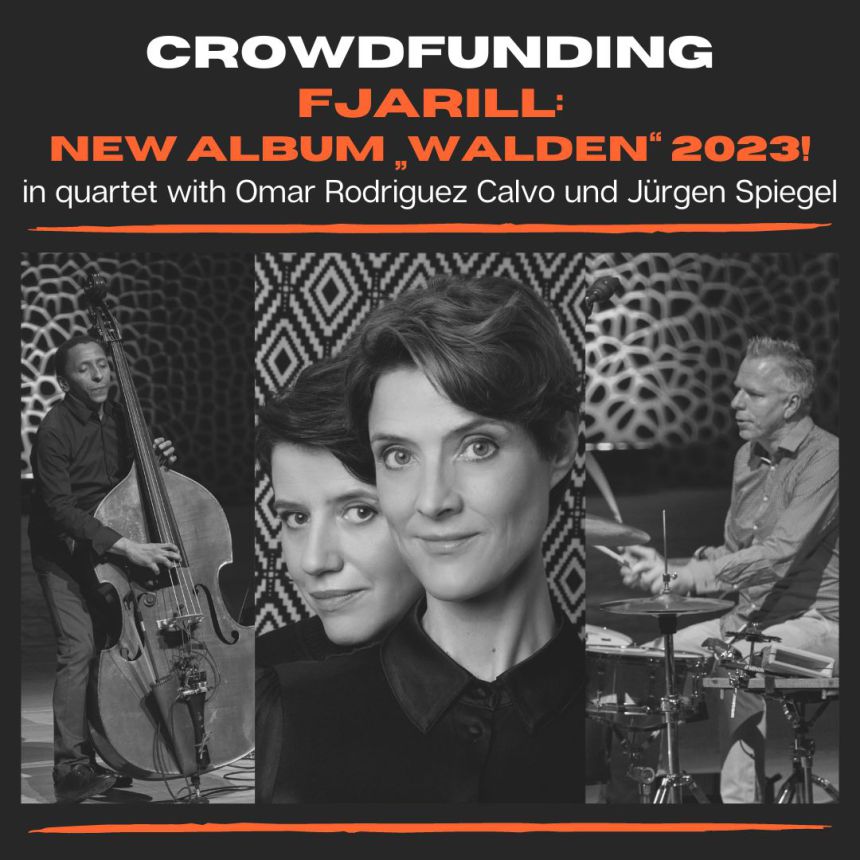 Fjarill need your support for their new album “Walden”, with which they will tour from autumn 2023!

“Walden” is colorful, it is a lively, rhythmic being, it has the temperament of the South African steppe and the Swedish dreamy lightness, which is also brought out by the two co-musicians at their side: On bass we hear Omar Rodriguez Calvo (triosence, Ramon Valle or Tingvall Trio) and on drums Jürgen Spiegel (Vladyslav Sendecki or Tingvall Trio). This is not the first time the two have played together with Fjarill. Whether live on stage or in studio recordings for the albums “Tiden. “Livet” or “Midsommar” – again and again the two proven jazz luminaries contribute a good pinch of dance rhythm.
Because all songs were composed and written together in their own “Walden” studio, the album may also bear the same name.

Support the Startnext crowdfunding campaign for their new album here.

The album is going to be released on September 1, 2023. If you don’t want to wait until then, you are welcome to come to the release concert at the Elbphilharmonie on August 29, 2023!