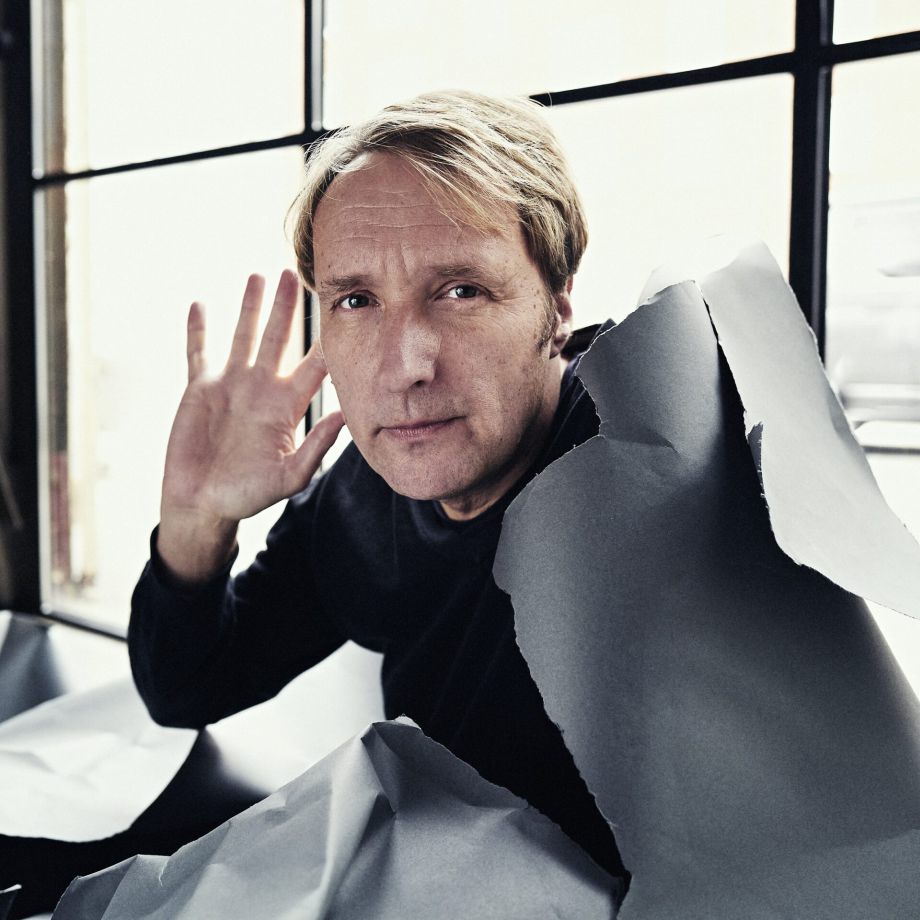 “Jens Thomas is not only a gifted pianist and singer: he literally dives into the music and takes his listeners on an exploratory tour in which listening plays a central role and there are no limits to improvisation.” – Claus Röck, NDR Kultur

After studying jazz as a pianist, the SWR Jazz Prize winner released four albums on the ACT label from 2000 to 2003 (including “Plays Ennio Morricone” with Paolo Fresu and Antonello Salis, “Pure Joy” and “The Sting Project” with Christof Lauer). From 2003-2012 he improvised live the stage music in the legendary “Othello” production by Luk Perceval at the Münchner Kammerspiele (ZDF live recording) and discovered his own voice, which he continued to develop autodidactically in the following years. He freed himself completely from the conventions and routines of contemporary jazz and questioned all elements of his concert performance. For Thomas, improvisation now also meant integrating body and space, language and audience into his performances.

Various theatre and dance theatre productions (including NT Gent, Thalia Theater Hamburg, Folkwang Tanzstudio Essen, Burgtheater Wien), his own art performances in galleries and a two-year “artist in residence” at the Schauspielhaus Bochum, led him to extraordinary album productions such as “Goethe! Gesang der Geister” (2007, ITM) and “Speed of Grace-A Tribute To AC/DC” (2012, ACT) as well as the ARD “Tatort” drama “Ich hab im Traum geweinet” (“carried by the outstanding music of Jens Thomas” SZ) to the encounter with the actor Matthias Brandt. With him and the “word-music collages” they create together, Thomas has been performing on the major German-language theatre stages since 2013. For Brandt, the musician is “the most important artistic encounter I’ve ever had.” In 2016 the album “Memory Boy” (Roofmusic) with exclusively original songs was released, which was written in parallel to the book “Raumpatrouille” by Matthias Brandt, in 2020 the chanson album “jENS tHOMAS” (misitunes) with his own German and English lyrics was released. In 2022 he returns: the jazz pianist and voice performer Jens Thomas, to whom the Süddeutsche Zeitung devoted an entire page three in 2019, sings and plays Neil Young. Unconventional, surprising and highly emotional. His Neil Young collage is a sound journey beyond styles and categories that provokes images and memories in the listener’s mind.

“…he sings a ballad, with absolute devotion. It is one of those moments when someone spits a piece of his soul onto the stage” – Welt am Sonntag

“The Berliner-by-choice Jens Thomas is a musical chameleon like Helge Schneider or Chilly Gonzales. In the exchange of blows with the musical material, the universal musician spends himself to excess, surprising not only the audience but also himself time and again. Thomas opened the round of concerts at the Frankfurter Hof with this brilliant impro-pop concert.” – Allgemeine Zeitung Mainz

“Fast turns into slow, the big pose into intimacy, noise into fragile sound constructs. Suddenly you listen to the simple lyrics and are touched by the fragility of the music.” – Financial Times Deutschland (about the “A Tribute To AC/DC” CD)

“Dimmed down, slowed down, transported into other spheres. An irritating record, full of beauty.” – Deutschland Radio (Georg Gruber on “A Tribute To ACD/DC)

“The voice that brings it all out….is that of Jens Thomas, the pianist and singer of this performance. With an unbelievable intensity Thomas gives the performance pitch and direction. He is the power centre, he tickles out what the piano tones, what the voice colours and what the inner sounds are.” – Frankfurter Rundschau (Peter Michalzik on “Hamlet”)

“The second performance of Olympic dimensions is delivered by singer and pianist Jens Thomas, whose music, as brute as it is sensually sensitive, pulsates through the production like its own plot line. Jens Thomas has a voice that went through marrow and bone, full of pain and rage, but always animated by text and context” – Spiegel Online (Werner Theurich on “Hamlet”)

“Is it possible to present verses by the German poet prince as rap and with rock-like piano accompaniment ? jazz pianist Jens Thomas dares to do it – and impresses even sceptical contemporaries.” – Kulturspiegel Online

“To understand Goethe, all you need is a Diogenes volume and the music of Jens Thomas.” – WAZ

“With the CD “You Can’t Keep A Good Cowboy Down” (ACT 9273-2), however, success burst upon him in 2000 like no German jazz musician before him. The Goethe-Institut took him to its heart, radio productions and festival appearances piled up, and in a span of less than two years he won almost all the prizes that the Federal Republic of Germany has to award via record critics and cultural institutions. This is due to the individuality of a musician who came to jazz unusually late and who does not cultivate evergreens or celebrate absolute freedom there, but has developed completely new forms from his socialisation in classical music and rock and his late fascination with the possibilities of improvisation – in their originality hardly comparable to the young pianists from America who are storming in on a broad front.” – FAZ (Ulrich Olshausen)

“The original, genuine Thomas, who throws himself into an evening without knowing beforehand exactly what he will do and how the audience will react, but who is not afraid of risk – you only get that solo. A concert with Jens Thomas is always something special.” – HAZ (Bert Strebe) 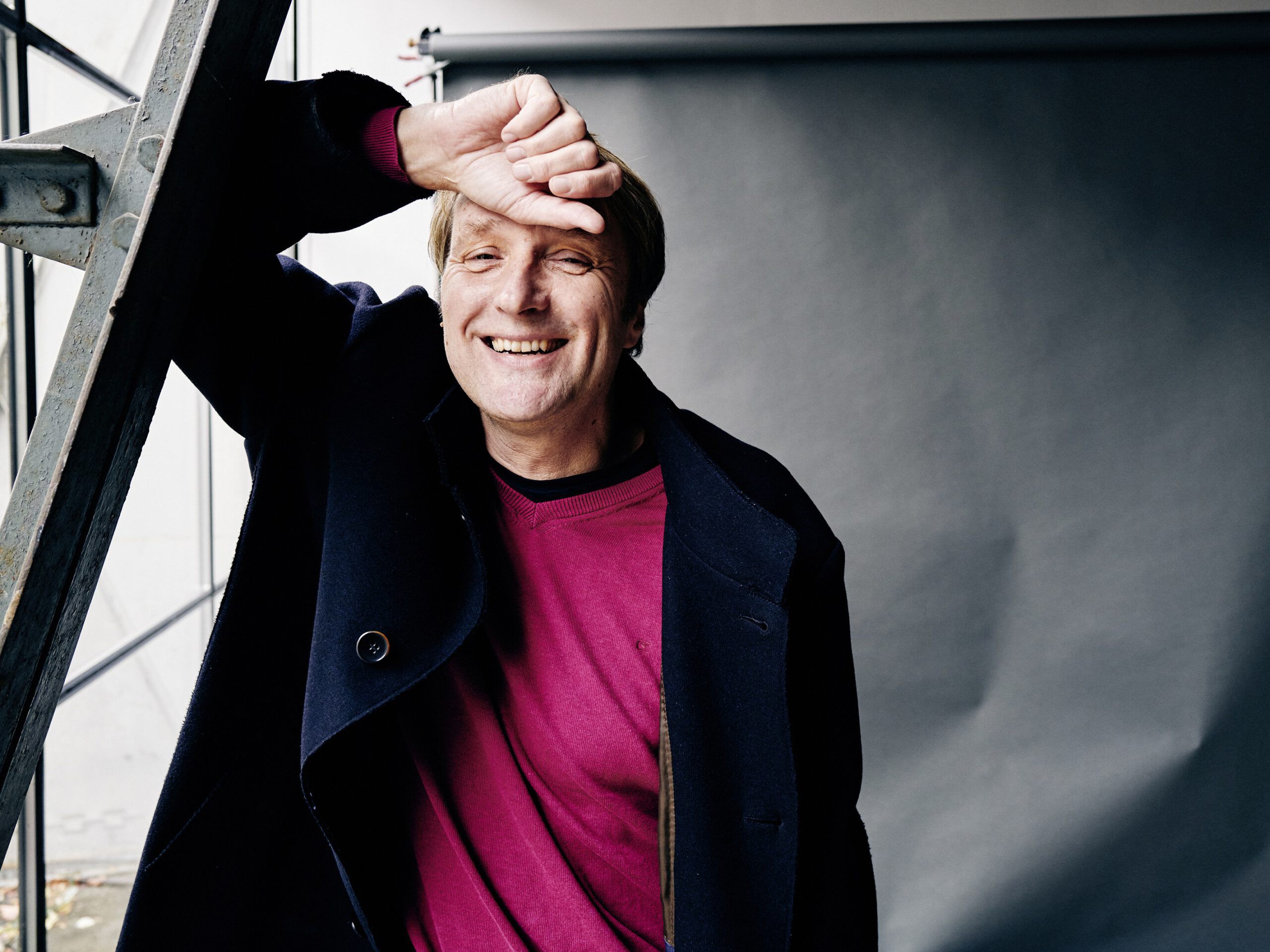 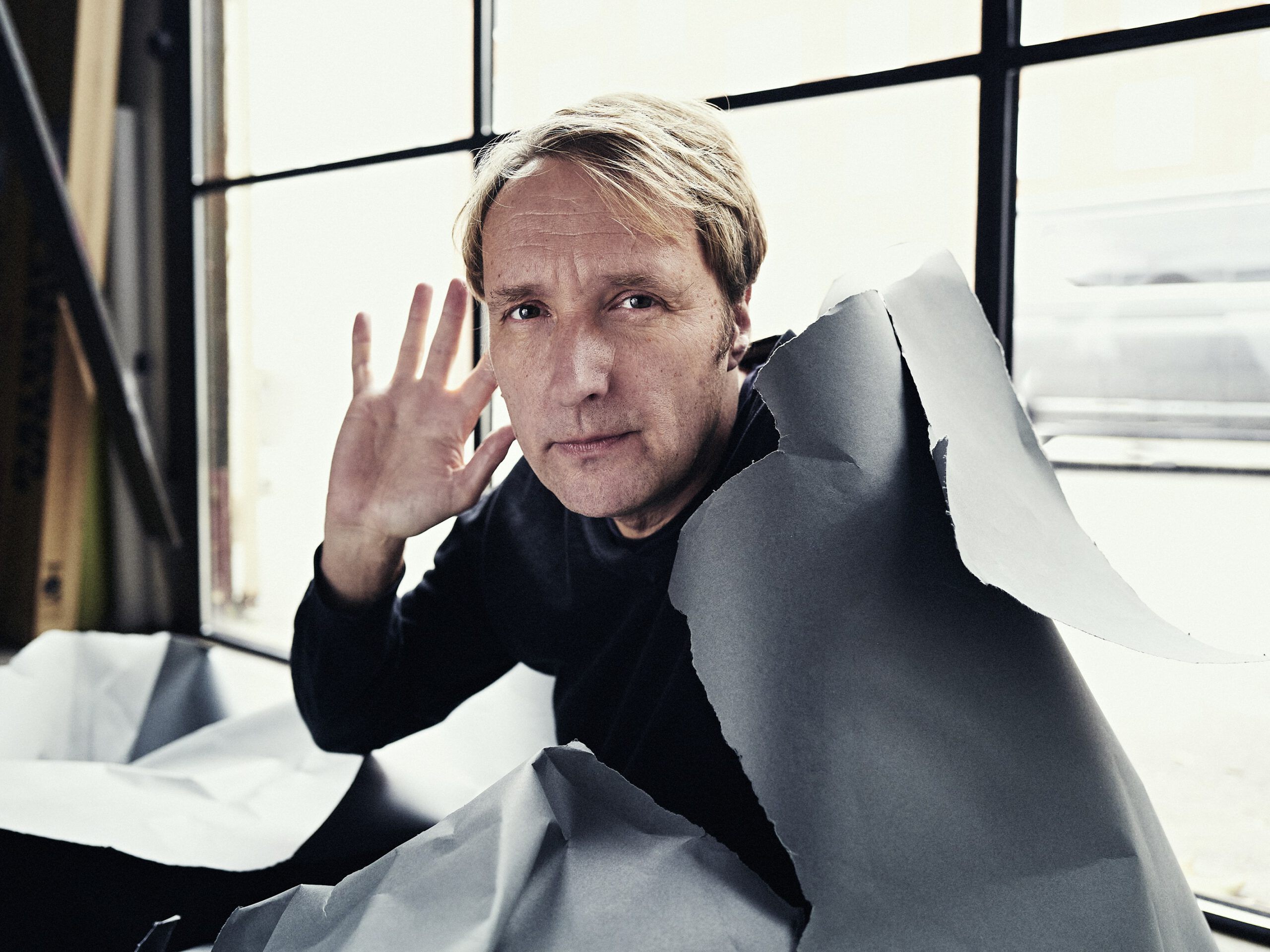 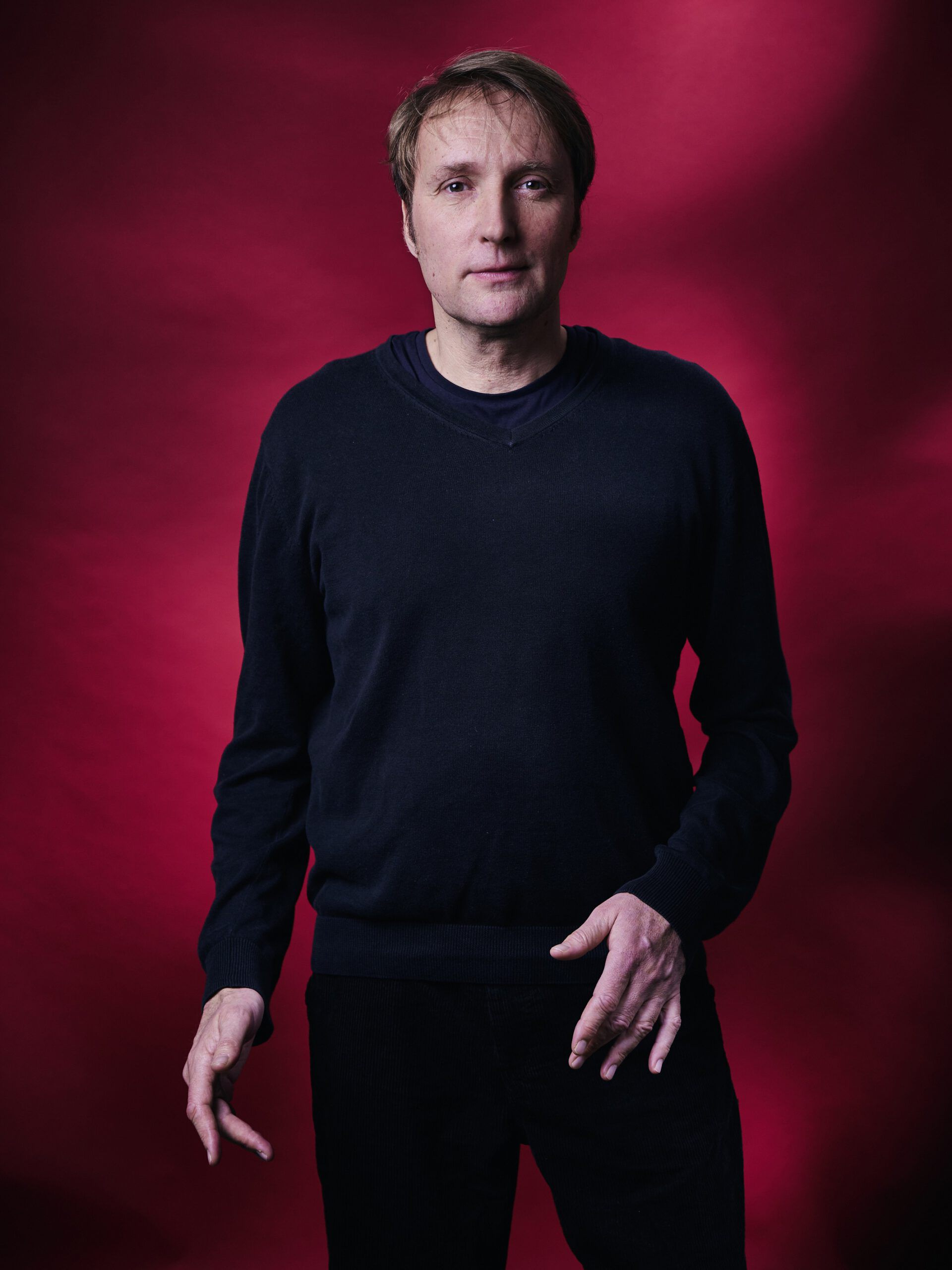 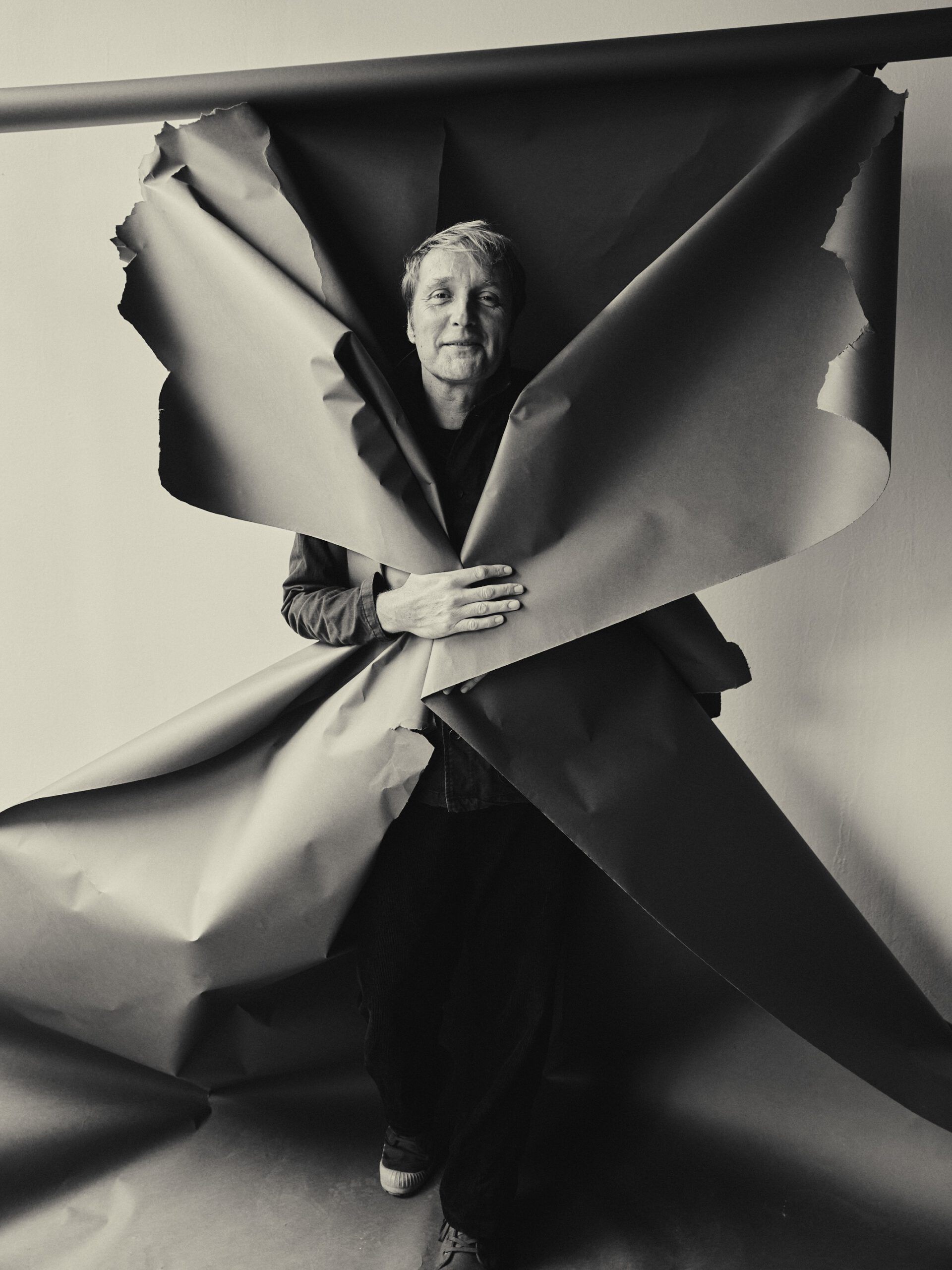