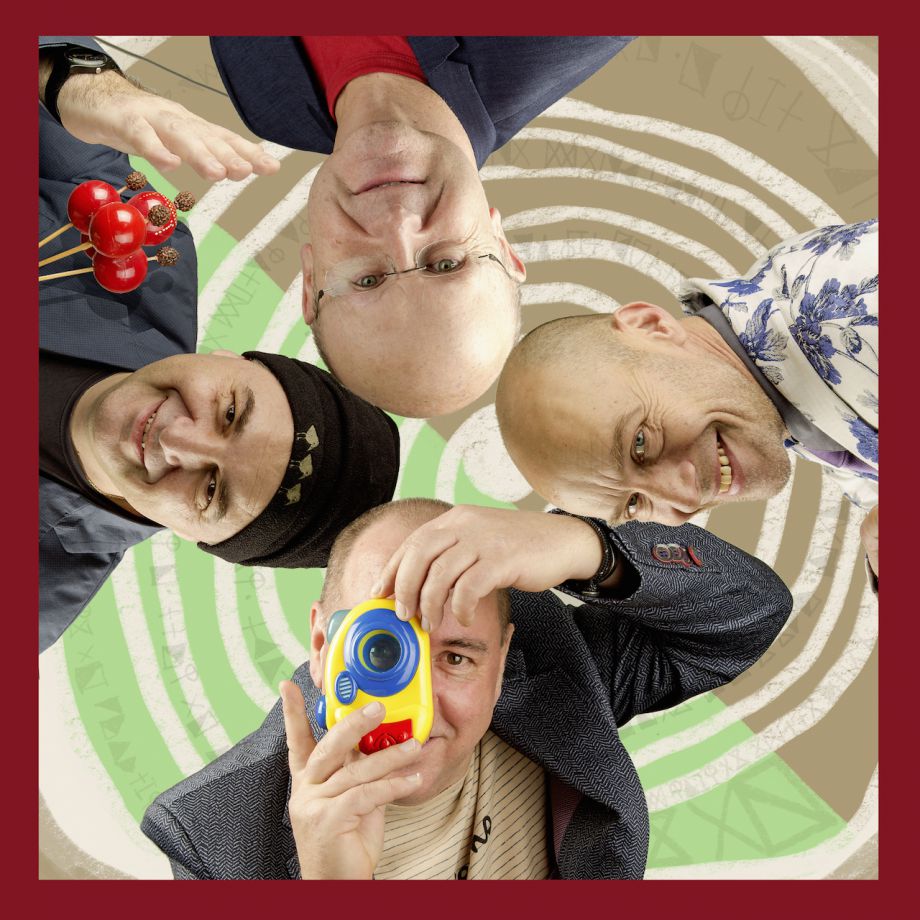 After many years as a bandleader, composer, lead guitarist and sound creator in different formations, Achim Kirchmair sees it as a great challenge to make music in an instrumental trio again. The special combination of his electric guitar and variously utilised tuba sounds mixed with spicy drum patterns, lend a special note to the interplay.

The pieces that are purely his own compositions are carried out with clear lines and free improvisations. You are always challenged in a trio formation like this, without pause, and you feel the tension and the vigour of every individual musician.

Since his studies in jazz guitar at the University of Music and Performing Arts Graz, where he was influenced by Harry Pepl’s frequent input, Achim Kirchmair has refined, expanded, and liberated the texture of his guitar sound. His role models are guitarists such as Jimi Hendrix, Pat Metheny, John Scofield, and Bill Frisell.

biography
Achim Kirchmair
Born in Landeck, Tyrol, he discovered his love for music at the age of 18. An autodidact and wanderer between styles, he studied jazz guitar at the University of Music and Performing Arts Graz under Harry Pepl. He completed his education with workshops by Mike Stern, Joe Pass, Bill Frisell, Wolfgang Muthspiel, Harry Stoika, Jim Black, and Nguyén Lé. Kirchmair is a bandleader and, like many of his music colleagues, plays in various formations. The intention of his musical work is to create an individual form of expression – far from any stylistic definition. His music, which is a fusion of different styles (jazz, rock, fusion, groove, world music), opens up an infinite well of tones, sounds, and rhythms from which he shapes his guitar playing. Since 2001 he has been working with the Tyrolean singer Ingrid frida Moser, having founded the musical band projects “Dee Dolen” (jazz-world crossover) and “frida” (electronic jazz) together. Since 2004 the focus has been on the project “Dee Dolen Music from the Heart of Europe”.
Since 2016 he has been playing with his band, the “Achim Kirchmair Trio” again.
Ali Angerer
Musical collaboration, among many others, with Wolfgang Puschnig, Idris Muhammad, Anthony Braxton, Sam Rivers, Howard Johnson, Bob Stewart, Jamaaladeen Tacuma, Vienna Art Orchestra, Out Of Blue, Zeena Parkins, Peter Massink, Striped Roses, Makoto Jano, Pawan Kumar, Alvin Baptiste, Jarek Smietana, Elliot Sharp, Leopoldo Fleming, Herbert Joos, Ivo Sedlacek, Miharu Y. Noguchi, Khalid Kouhen, Alpine Aspects, Janus Ensemble, Capella Con Durezza and Heavy Tuba.
Andjelko Stupar
Born in Zrenjanin, Serbia. He started playing drums in local bands at the age of 14. In 1996, he moved to Graz and studied jazz drums under Alex Deutsch and Manfred Josel at the University of Music and Performing Arts Graz.
He graduated in 2002 with a Master of Arts. During his studies and up to the present, he has played with international jazz musicians, such as Mark Murphy, Sheila Jordan, Jay Clayton, Claudio Fasiolli, Miles Griffith, Red Holloway, Karl Ratzer, Fritz Pauer, Harald Neuwirth, Ed Neumeister, Renato Chicco, Marc Abrams, Oliver Kennt, Jure Pukl, Stjepko Gut, Dusko Goykovich and many more.
He lives in Graz, Austria.
review

“Gently, Kirchmair’s elegant pickings nestle around the discreetly driving grooves of drummer Andjelko Stupar and the fine bass tones of tuba player Ali Angerer, only to make room for David Jarh’s lyrical playing time and time again. A successful balancing act, which does justice to the often light-flooded title of the record. Jazzthetik

“With “Sunkeeper” the Tyrolean guitarist Achim Kirchmair succeeded in creating an album that conveys a wonderful lightness. Fusion jazz, which is rich in elegance, compositional suppleness and discreet unobtrusiveness.” Concerto

“A sound for downtime reminiscent of Pat Metheny or Bill Frisell.” Kurier am Sonntag

Old reviews for “Going to Ladakh”

“[…] A successful album from an original formation […] that one can well imagine in live form.” Jazzthetik

“The extravagant combination really does work excellently: the trio sounds unbeatably relaxed even on more aggressive tracks […] and sometimes makes you think of a hard swinging trio from the 60s, sometimes country sounds or experimental tones flow into the delicately coordinated cooperation. Jazzthing

“Together with his two partners Ali Angerer and Andjelko Stupar [Achim Kirchmair] forms a sound that comes across in a refreshingly different way. Achim Kirchmair succeeds in shaping each track into a truly eventful story and easily manages the difficult balancing act between highest entertainment and musical demands. Rhein Main Magazin

“Together with his two congenial partners Ali Angerer (tuba) and Andjelko Stupar (drums), [Achim Kirchmair] creates a sound that is both contemplative and powerful. Music with a lot of expression and feeling.” Live

“”Going to Ladakh” has become an album that really brings joy and perfectly meets the interface between highest entertainment and musical demands. Achim Kirchmair and his trio and their tracks bring the exact sound to the ear which truly ignites and from the very first second invites you to give yourself completely to the musical performance and its warm timbres. Highly recommended” musicaustria.at

The fact that jazz of modern orientation does not necessarily always have to result in a difficult and complex sound, but that it can very well be more than just exciting in its more accessible form, is proven in a truly impressive way by Tyrolean guitarist Achim Kirchmair and his band on their new album “Sunkeeper” (O-Tone Music).

Achim Kirchmair is known to be the kind of border-crossing guitarists whose style is difficult to classify into a single category. Looking at his work in various projects (e.g. Dee Dolen, frida), it is immediately clear that he is a musician who seems to feel at home in the most diverse genres, which is especially evident on his stylistically very multi-faceted 2018 album “Going to Ladakh”. So the question is, in which key the Tyrolean-born musician, who may include the Austrian jazz legend Harry Pepl among his teachers, is aiming for on “Sunkeeper”, whether he is continuing on the path of stylistic diversity or taking a different direction than before.

Basically both things happen. Even more so than on the previous album, Achim Kirchmair and his band bring the jazzy aspect of his music to the forefront. Not to the extent that influences from other genres now play no role at all, but noticeably so. Of course, in the nine tracks there are still elements of fusion, blues and rock, only in a more moderate form. So the album doesn’t really have anything to do with a complete turn to the classical style of jazz.

A jazz sound that hardly touches the ground

Achim Kirchmair and his colleague Ali Angerer (tuba), Andjelko Stupar (drums) as well as his guest on the album, the Slovenian trumpet player David Jarh, manage to set their own musical accents on “Sunkeeper” in an extremely elegant way. What immediately catches the ear is a wonderfully light-footed, playful, soulfully warm and at the same time very dignified tone, which carries the sound of the music through the tracks. It almost seems as if the four gentlemen are floating through their pieces ratgher than really playing through them with their feet on the ground.

The Tyrolean and his band are very good at translating their complex playing into something fluid and accessible. The compositions and improvisations flow seamlessly into each other, the lively back and forth between the musicians provides for wonderful variety, the quiet, sometimes even spherical passages develop as much of an attraction as the powerful and experimental ones do.

It is the unconventional mixture paired with an extraordinary musical passion that makes the difference here. The way in which the four instrumentalists weave the individual elements together, their melodies and rhythmic structures into tension-filled and constantly intensifying arcs, and how they skilfully adjust the intensity level, demonstrates a broad understanding of how to create a mood with music that immediately captures you.
“Sunkeeper” has become an album that appeals to the mind as much as it does to the soul, that invites you to listen intensively and entertains you in an exciting way.
Text by Michael Ternai 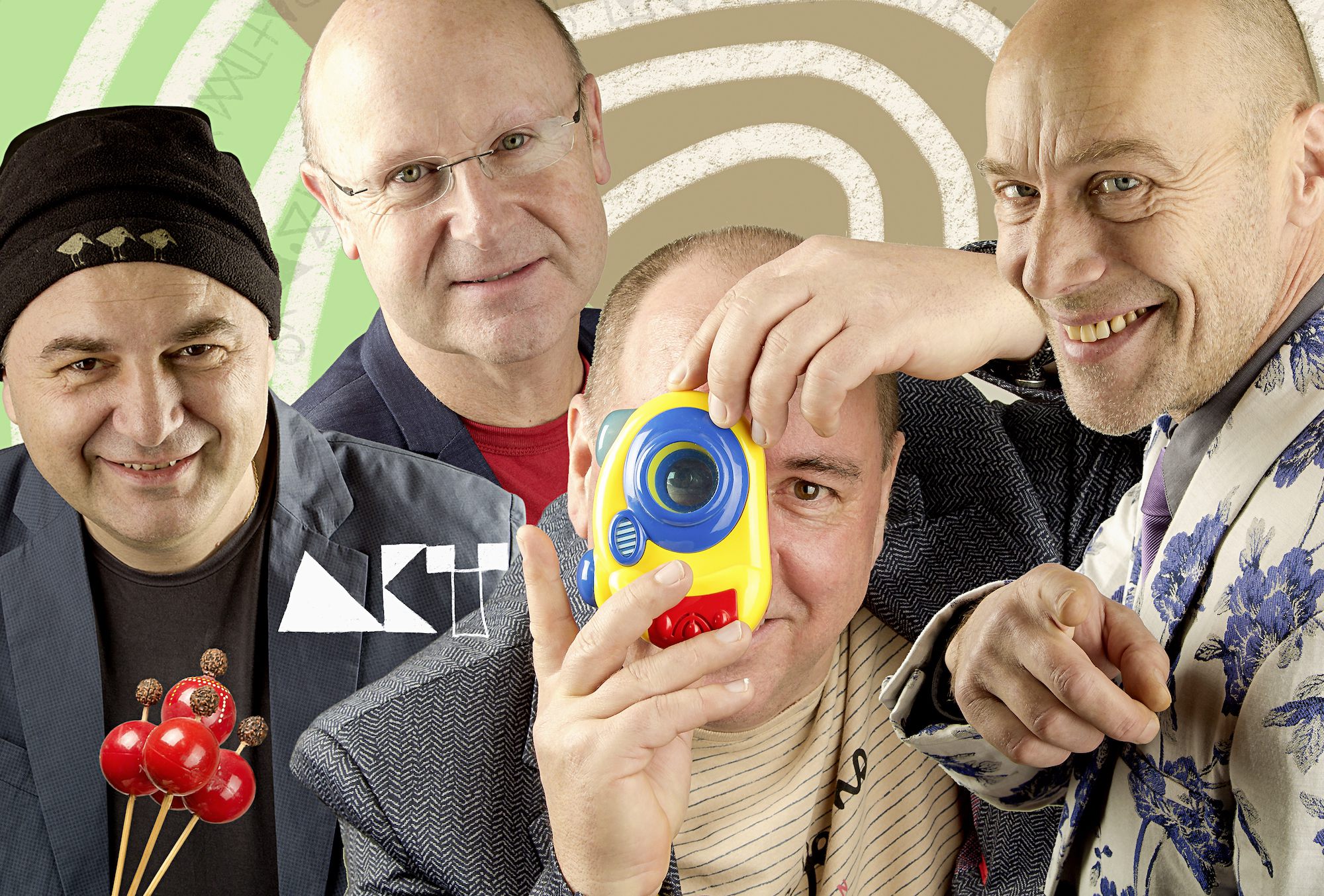 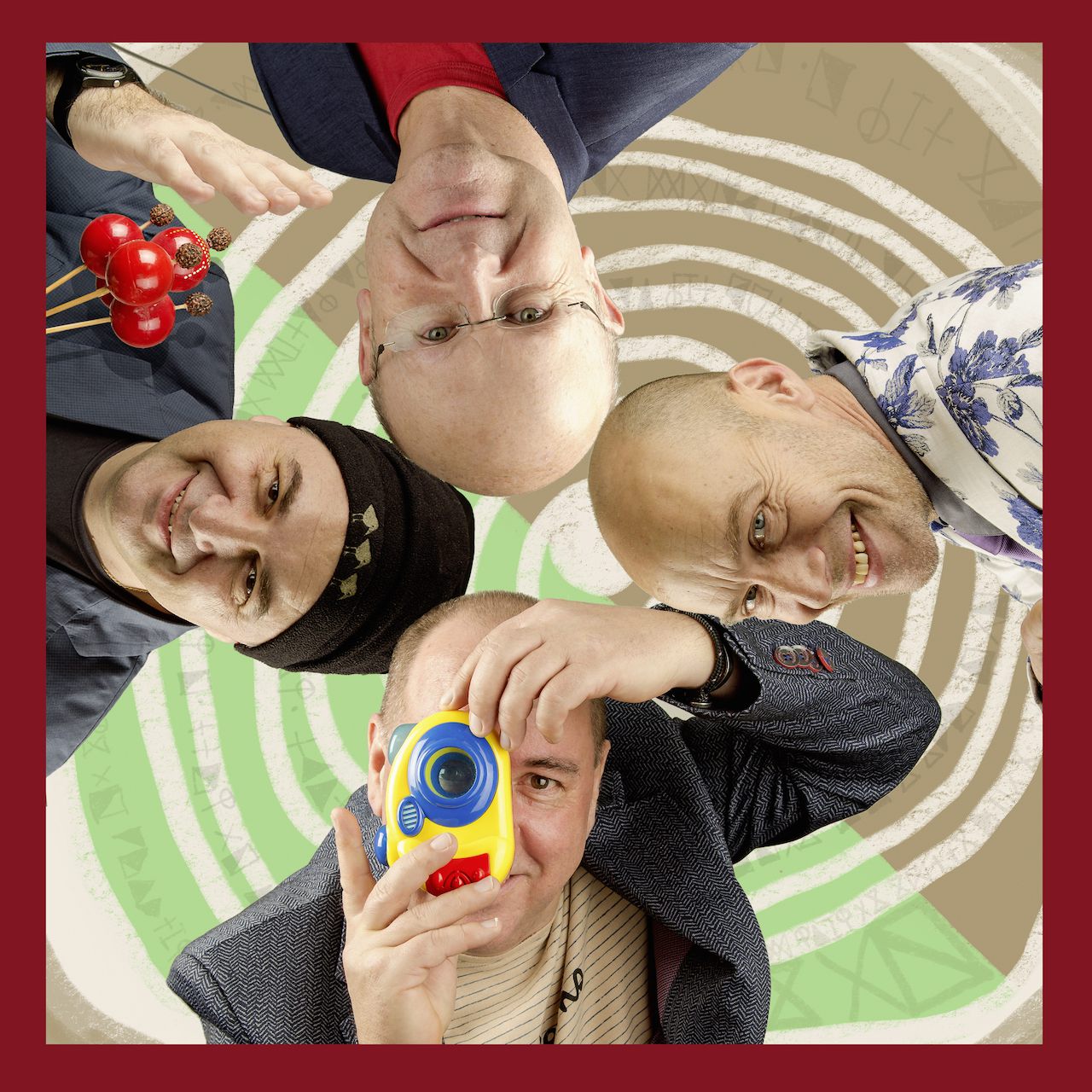