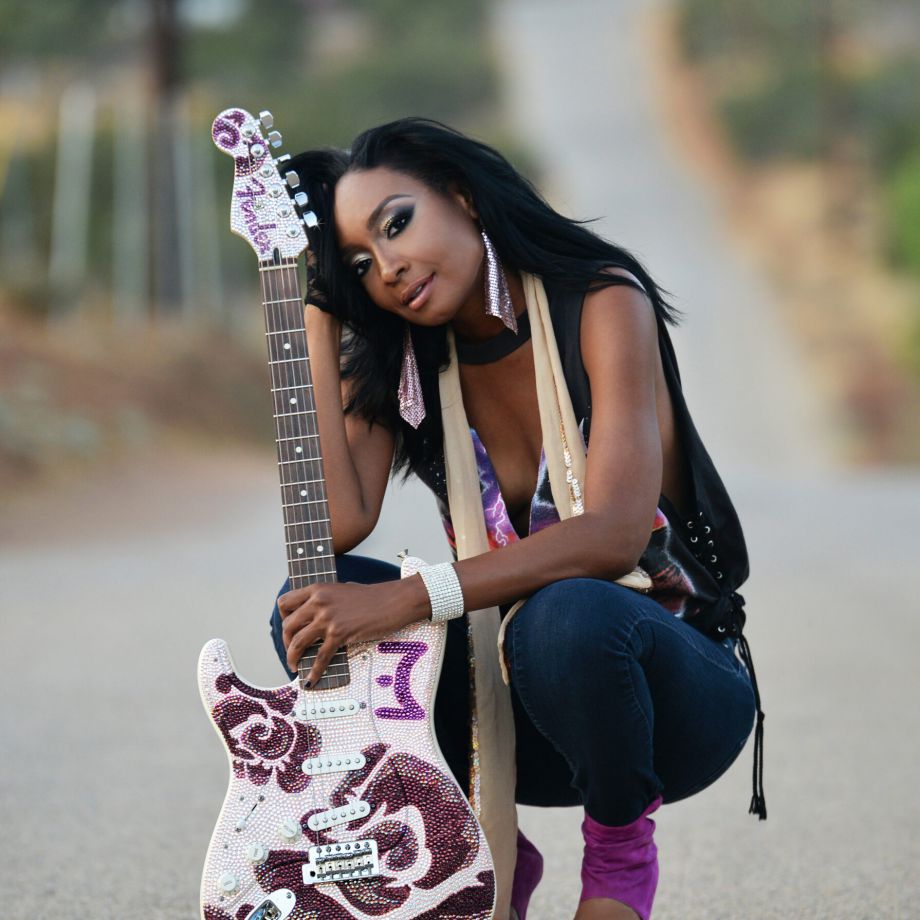 Malina Moye has created her own niche within the new generation of rock musicians with a unique mixture of funk, rock and soul. From performing for the Queen of England, to participating in the Experience Hendrix Tours and a memorial concert for music pioneer Chuck Berry in the Rock and Roll Hall of Fame, Moye is widely regarded as one of the leading guitarists of our time and Guitar World Magazine even named her “one of the top 10 guitarists”. Her album “Rock & Roll Baby” had three singles in several of the Billboard Top-40 charts.

Flipping a Fender Stratocaster upside-down, acclaimed singer/songwriter/lefty guitarist Malina Moye fills a void in the entertainment industry. Lauded as a musical pioneer and one of the world’s top guitarists by Guitar World Magazine, Moye has carved out her own lane in today’s music scene as one of the few artists in history able to straddle both Rock and Soul genres, and has become one of the world’s premier guitarists of this generation. Her brand of music, fashion and philanthropy has made Malina one of the most visible artists in the world.

With the Rock visionary’s latest genre-defying release “Bad As I Wanna Be”, which reached no. 1 for two weeks on the Billboard Blues Chart, Moye encompasses a gumbo of Funk, Rock and Soul. The well-crafted songs display memorable melodies and astute songwriting. Critically acclaimed and a commercially successful worldwide, she receives accolades from Billboard, People Magazine, Guitar World Magazine, and many more. Parade Magazine states that, “Moye has proven herself once again as an über-talented, electric guitar power house, and NPR’s The Current states that Malina is reinventing the Minneapolis sound.

Moye has “the talent, the look, the energy, the whole package,” declares Huffington post. Seventeen Magazine states, “On stage, Malina delivers an intoxicating fusion of funk, Rock, and Soul.” Her sophomore record “Rock & Roll Baby” was released in late 2014 and set social media on fire with the funk-rock anthem “Kyotic”, which debuted at the top of the Billboard Twitter 140 chart at number 5. In 2016, Malina’s hit single “Are You The One” landed at no. 32 on the Billboard National R&B Airplay chart and was the second most added song in the country thanks to Sirius XM radio. Guitar World Magazine touts “Rock & Roll Baby” as “insanely good” with “a seductive passion and feel that Malina brings in her guitar playing.” The Examiner states, “Moye is one of 10 national U.S. independent artists to see,” and Billboard Magazine calls her “K-yotic” collaboration with Bootsy Collins “explosive.”

In 2011, Moye’s critically acclaimed LP “Diamonds & Guitars” reached number 35 on Amazon.com and iTunes respectively, showcasing an eclectic pallet of music while preserving its mainstream appeal. The album spawned two Billboard-charting songs “Girlfriend” (no. 48) which also appeared in an episode of MTV “The Hills” and “Alone”, which landed on Billboard’s Hot R&B/Hip-Hop Songs at no. 93 and stayed on the chart for over six weeks. “Alone” then remained in the top 10 for over 15 weeks on Billboard’s R&B/Hip-Hop chart. In 2012, Malina was the first female guitarist to join the Experience Hendrix Tour and appeared in the documentary “Stratmaster: The Greatest Guitar Story Ever Told.” Abroad and stateside, Moye’s Diamond & Guitars tour served her as an opening act with Robin Thicke and legendary rock group Journey.

Moye’s musical narrative boasts an impressive and unique resume that includes making history as the first African-American woman to play the National Anthem on guitar at a professional sporting event, all the way to performing at the Rock & Roll Hall of Fame tribute concert for music pioneer Chuck Berry. And recently, Malina honored the Queen of England by playing “God Save the Queen” at the Goodwood Festival of Speed for the Queen’s sixty-year jubilee.

Malina’s fashion sense, stage presence and unorthodox style of guitar voicing has garnered praises from legends to newcomers alike. As an influential artist, Moye continues to redefine music and mainstream pop culture through women empowerment campaigns such as Fender’s “Girl Rock Nation,” Victoria Secret’s “Love Rocks” and Steve Madden’s “Music.” With accolades from publications such as Billboard, Guitar World, and Vogue and having graced the stages on some of music’s biggest stages—SXSW, Bospop, and the Rock & Roll Hall of Fame, Malina Moye brings a unique brand, charisma, and emotion to music unlike any artist in the world today. Malina made her big screen acting debut in the  buzzed about film “The Samuel Project” released in theaters and on Amazon Worldwide in 2019.

Malina’s humanitarian efforts include serving as cofounder of DriveHope.org a non profit organization that’s dedicated to helping individuals elevate themselves and their communities. #FindTheGr8nU

Malina Moye embraces her unique brand, bringing charisma, fire, and emotion to music unlike any artist in the world today. As a savvy businesswoman, she has taken her childhood dream and turned it into a budding empire. 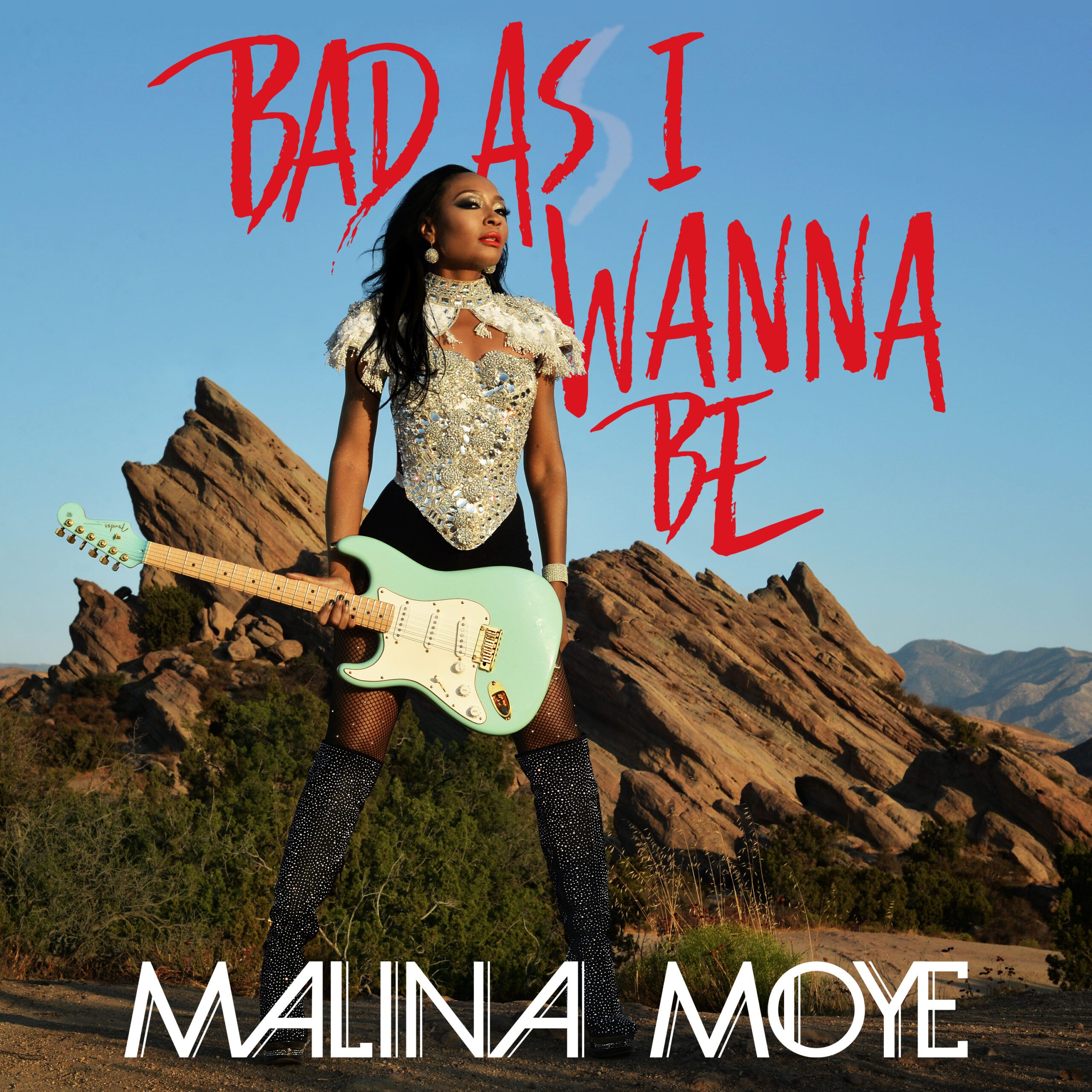 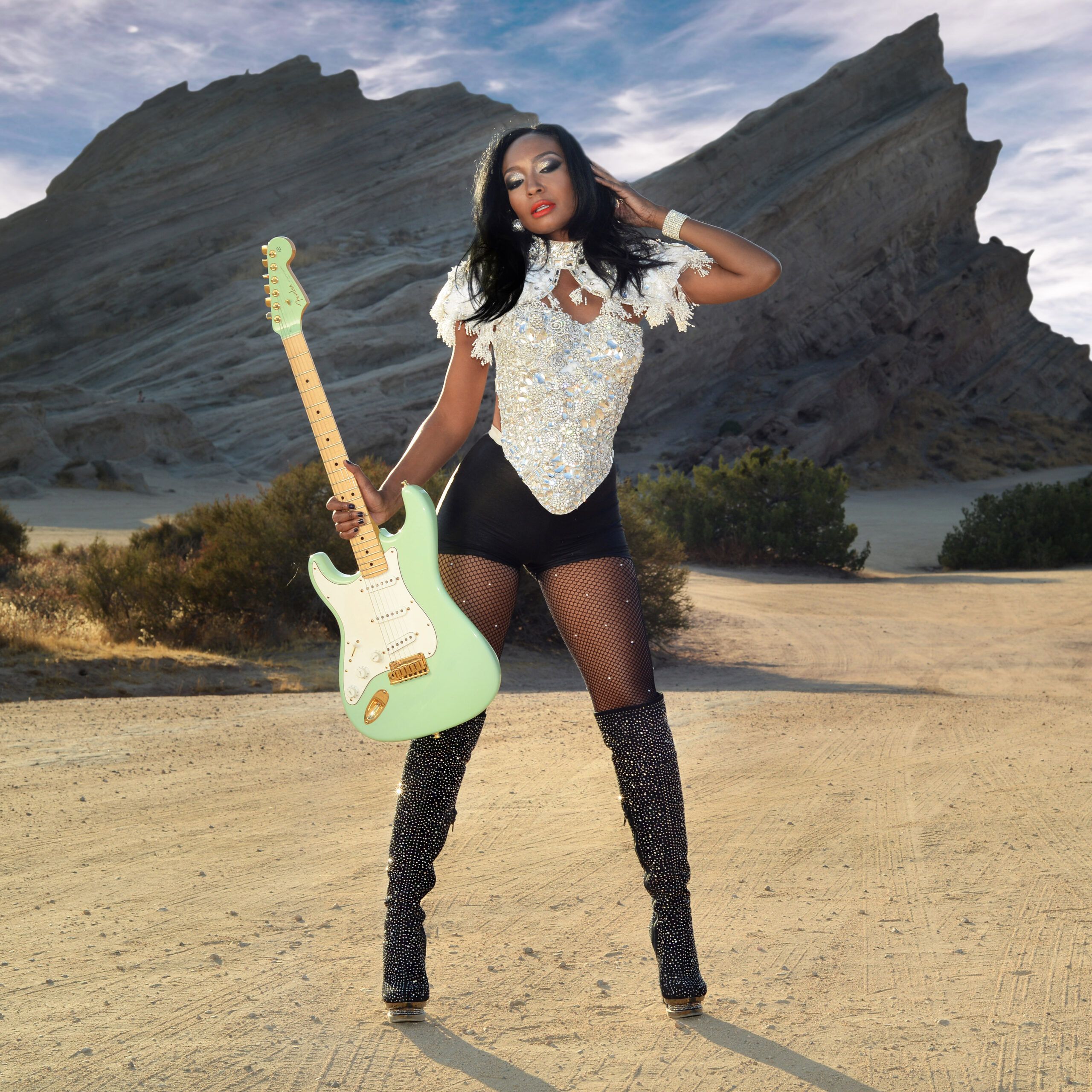 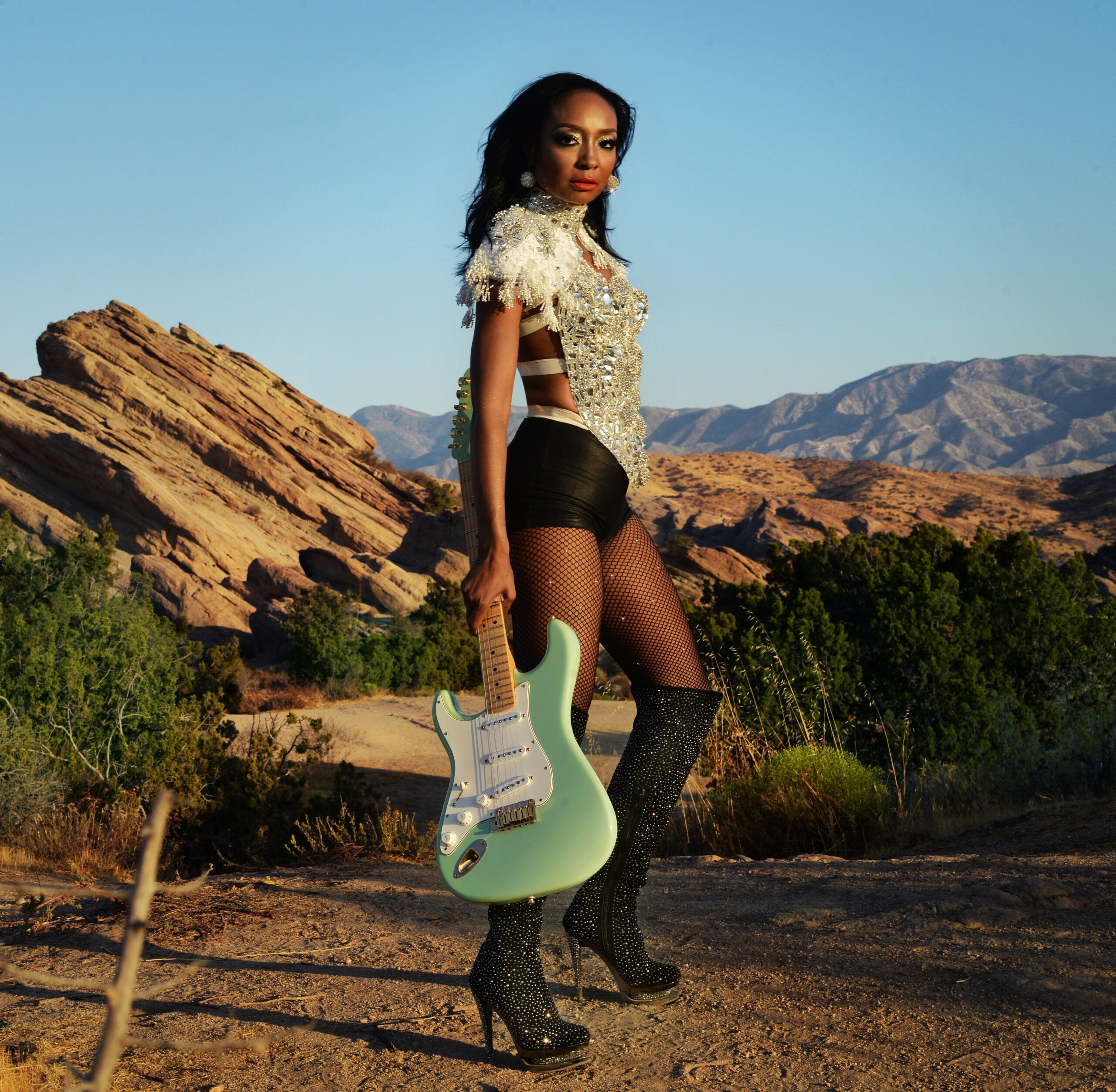 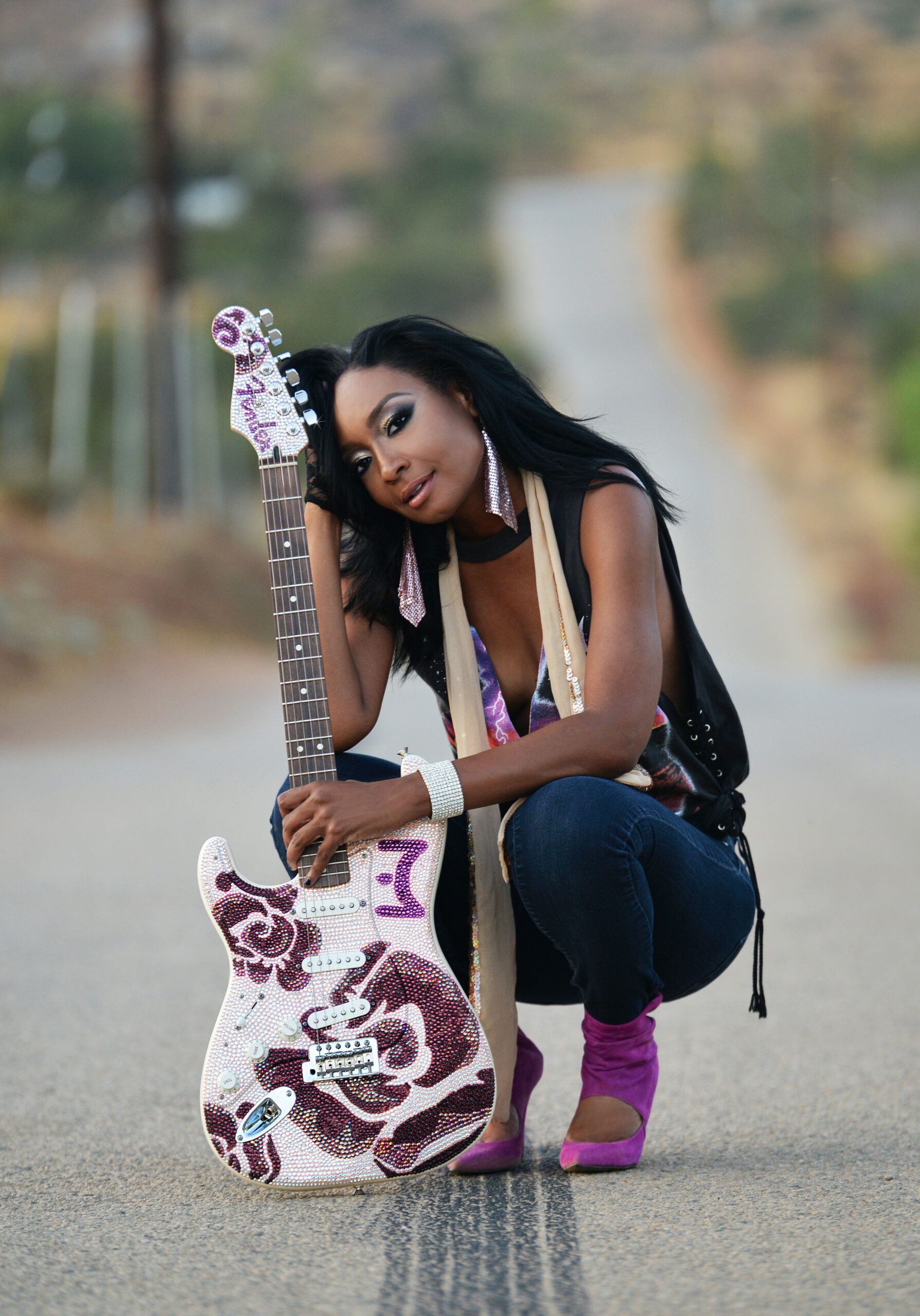 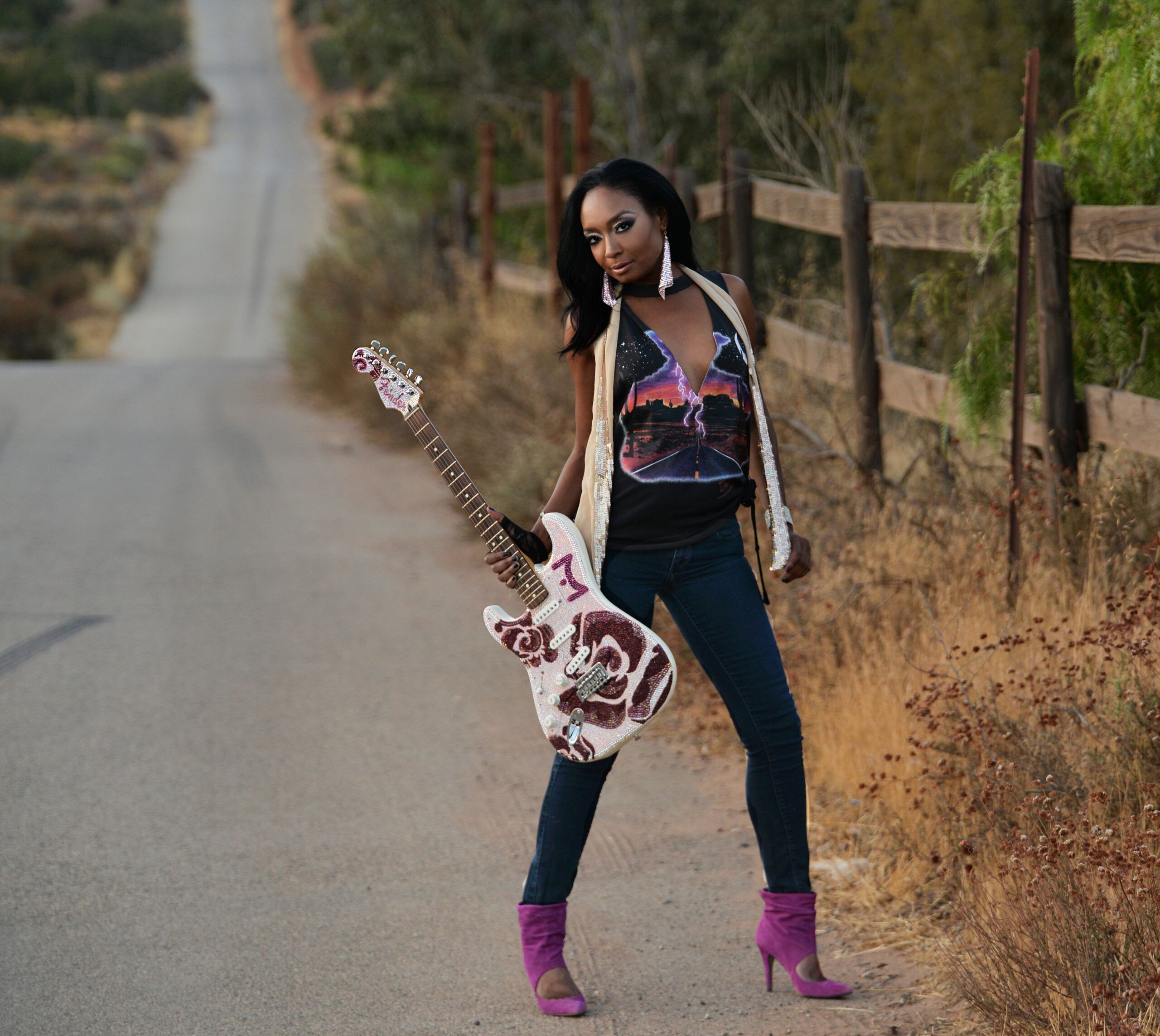